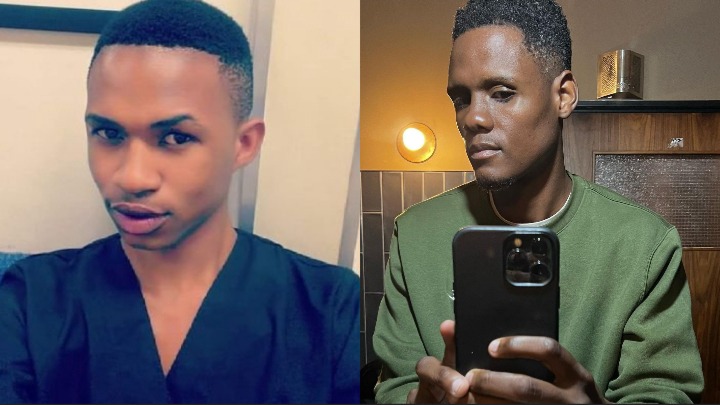 Musa Khawula, a Twitter blogger, shared a photo of Samthing Soweto, who has clearly lost weight, and Tweeps are not pleased. 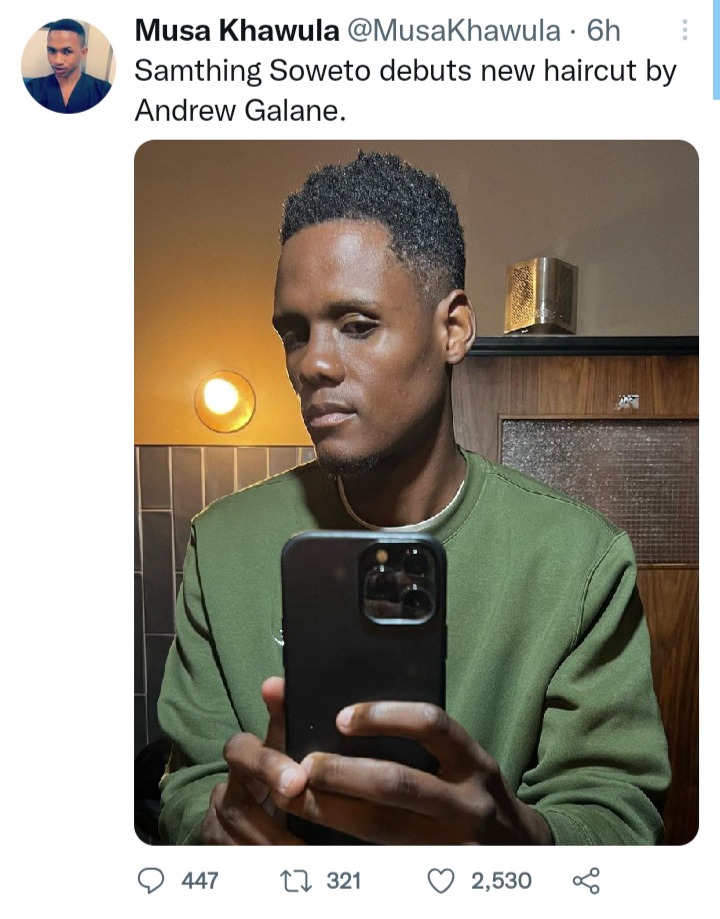 Samthing Soweto's photo which he posted on Facebook and Instagram, in which he asked his fans to rate his barber for his haircut, sparked a lot of people correcting others for their incorrect behaviour.

Users on Twitter claim that Khawula posted it on his account because he wanted people to start bullying and insulting Samthing Soweto because he doesn't look like himself in the photo due to weight loss.

ALSO READ: Uncle Waffles calls out Twitter trolls for being transphobic after being rumoured to be transgender

Some have brought up the issue of Twitter users only caring about insulting and judging people to drive them to a dark place. 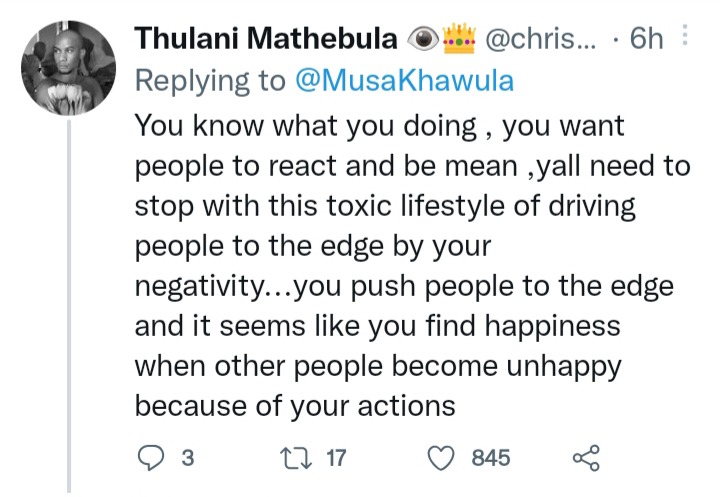 Others asked that people be considerate to other people because they are going through a lot in their own personal space.

While others were correcting People for being mean, others simply pointed out that under Musa Khawula's account, people had been bullying other celebrities for the past few weeks, but now that it's their favourite, people must walk on eggshells.

Musa has been exposing a number of celebrities who have received a great deal of hate, bullying, and insults from tWeeps over the last few days.

ALSO READ: "We paid to watch your wedding:" Tweeps refusing to give Minnie Dlamini private space for divorce

Influencer and Youtuber Mihlali was exposed for allegedly dating married men, including businessman Edwin Sodi, who was also revealed to have allegedly had a relationship with Homeground host Minnie Dlamini while she was still married to her estranged husband Quinton Jones.

The majority of the comments under the tweet are against bullying of Samthing Soweto.