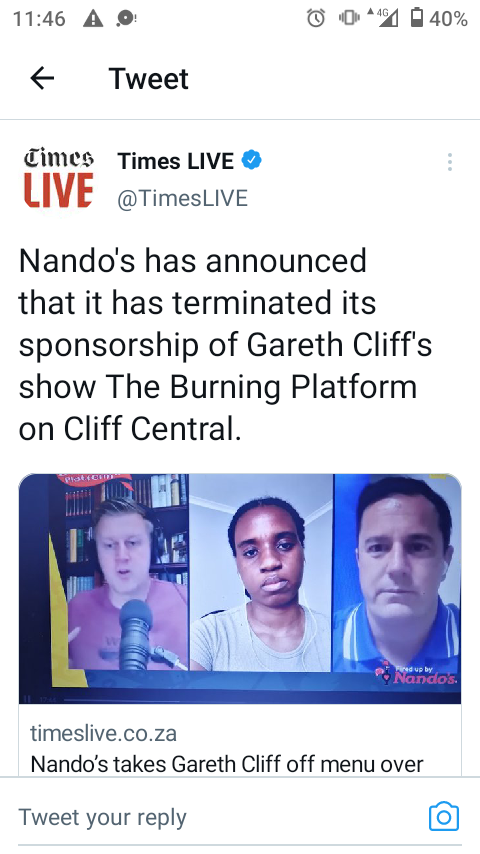 Many have taken to social media to express their anger and disappointment over notorious radio DJ Gareth Cliff’s racist conduct during a YouTube interview recently.

The show which is sponsored by Nandos was later cancelled as Cliff caused an uproar on social media after he disrespected one of the guest during the interview.

“Nando's has announced that it has terminated its sponsorship of Gareth Cliff's show The Burning Platform on Cliff Central. https://t.co/FDgs0jkhly” - @Timeslive posted on Twitter.

One Twitter user questioned why people still agree to do interviews with Cliff as this was not the first time his racist behavior was caught on tape. 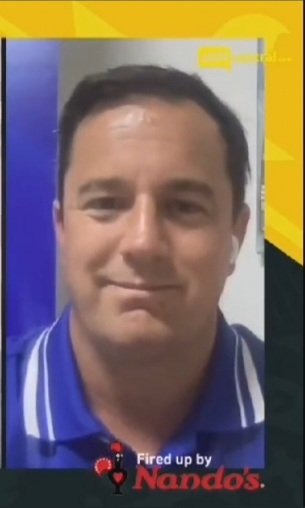 “I’m kinda surprised people still agree to do interviews with Gareth Cliff. He’s been dismissive for a long time and I suspect his tendency to be as offensive as possible to the person he’s talking to is a “tactic” to throw them off their game” - @NalediMashishi twittered.

Cliff was not the only one who received backlash after the interview as DA leader, John Steenhuisen who was also part of the interview was also not left unscathed.

“The face of John Steenhuisen, while Gareth Cliff says, ‘Your personal experience (in relation to racism), is completely anecdotal and unimportant to all of us’, speaks volumes. The smirk is nauseating. https://t.co/mlrsijER1n” - @ChristoThurston added.

Cliff trended on social media for all the wrong reasons throughout the weekend after his recent scandal.