By JBMBAMBO (self media writer) | 12 days ago

Ntombezintle Jiyane who is well known by her stage name Dj Zintle born December 30, 1983, is a South African Dj, producer, media personality, and businesswoman. DJ Zintle's career started around 2004. When it all started she wanted to be a Tv presenter it was never her intention to become a Dj, but her brother's passion for mixing vinyl rubbed off on her that was when love and for being a Dj grew.

People need to stop thinking that they can just go around asking celebrities money, more especially man, imagine degrading yourself like that in public and asking a woman money, it might sound like it's ok because Dj Zintle is a celebrity and you are just an ordinary person. But that's not true, at the end of the day your a man and she's a woman, and yet your here in public asking her to give you money as if she owes you. Some pride as a man is needed, you can't be going around asking women to give you money this says a lot about you as an individual in particular. 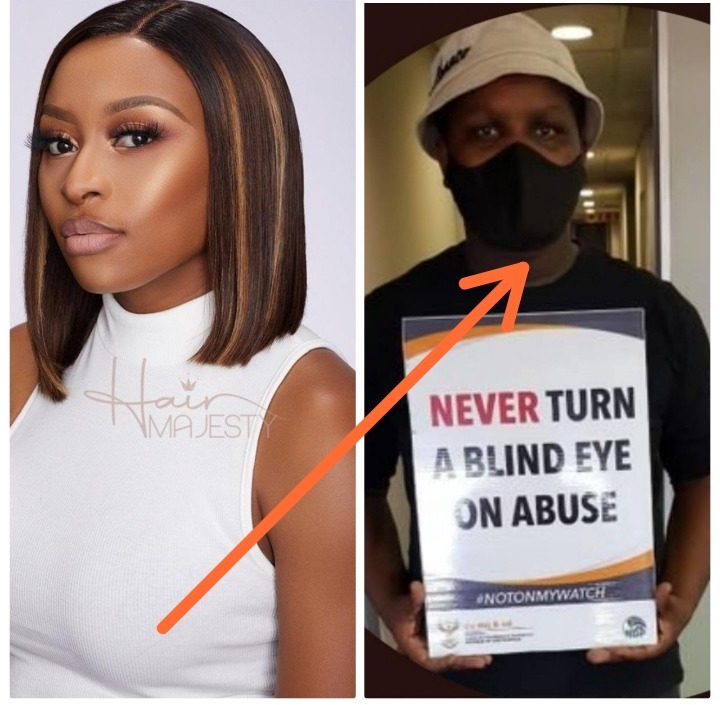 DJ took to her social media account to interact with other new moms on her Twitter account to ask if they are awake as we know being a mom to a newborn baby is not easy, as newborn babies keep their mom awake as they have to be fed time and again. So as Zintle was minding her business, talking to mom's boom a guy in the middle of a women's conversation "he goes like EWALLET?" without any waste of Dj Zintle answered him "YENZANI? Instead of keeping quiet he still answers NGIYAYICELA like are you for real right now at 3 am you here asking for money from someone's woman come on have some pride.

knowing Dj Zintle and how sweet she is that guy didn't expect that kind of answer from her, and I don't think he was also expecting Zintle to give him money just like that, without doing anything. Instead, she could probably give one of the moms to buy their child nappies, unlike just to give a man who is probably just sitting doing nothing with his life money.

After making a fool of himself by doing something like that in public he was turned into a laughing stock, imagine his girlfriend seeing that post where his boyfriend is been laughed at only because he chose to ask another woman money in public at 3 am.

No guys let's have some pride for goodness sake somethings are just not right but they are completely wrong, celebrities owe us nothing, wake up and make your own money. 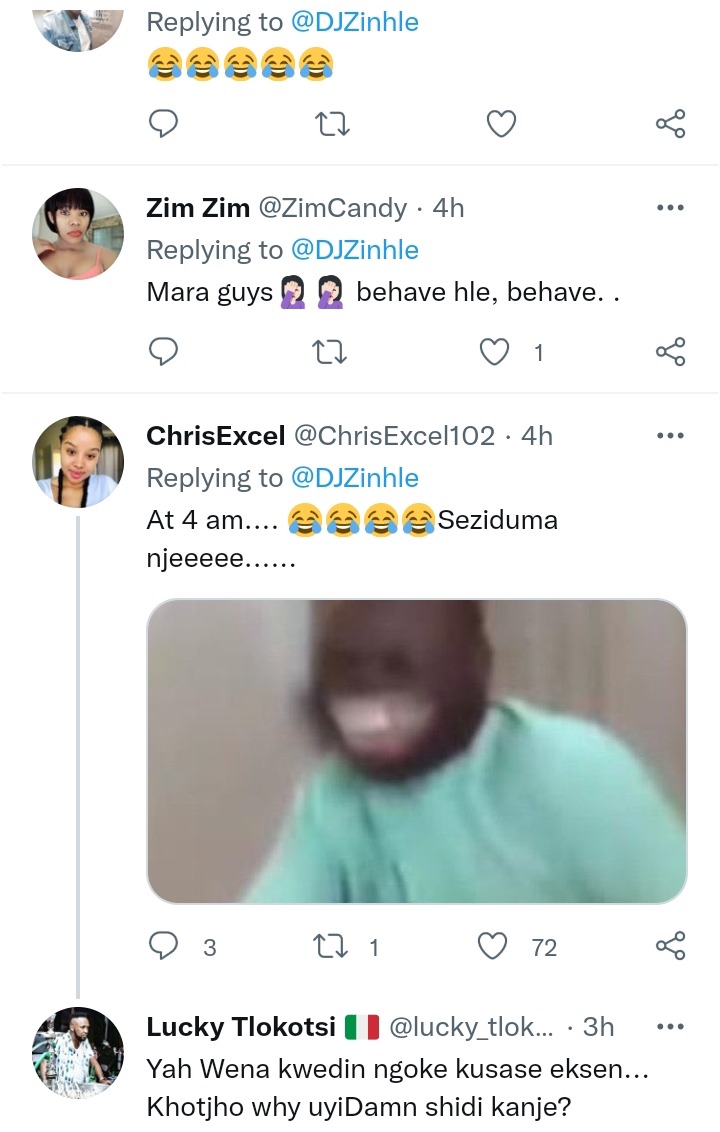 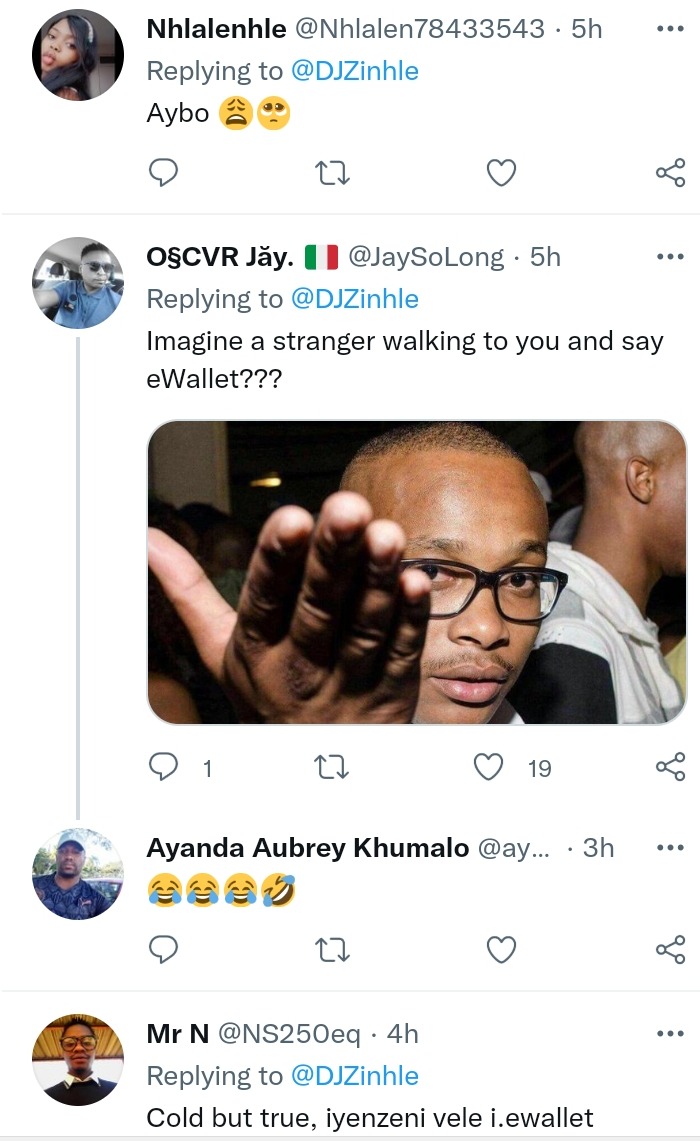 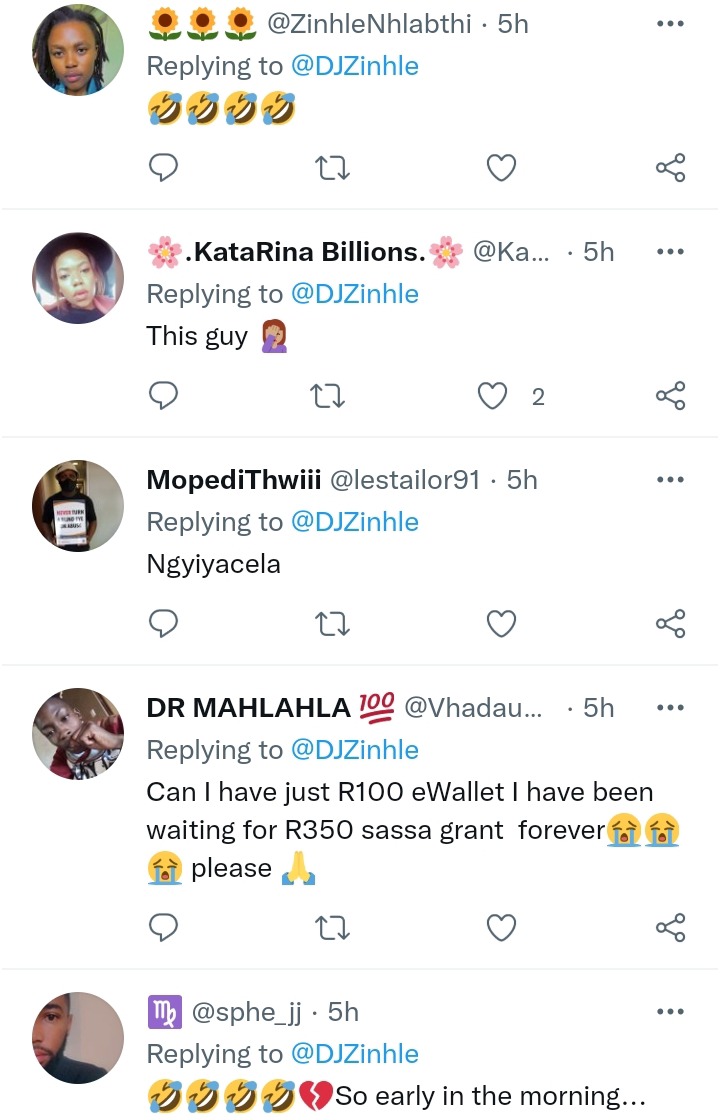