Many South African television viewers have been debating which flagship TV show, The Queen or The River, has the most high-paid actors. 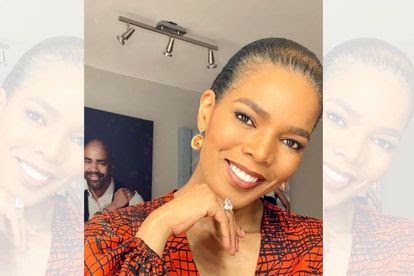 To reviews, The Queen has absolutely grown to be one of Mzansi’s most watched television shows. After its debut in August 2016, the show became a family favorite, and it has amassed a large viewership on the Mzansi Magic channel due to its captivating storyline and a plethora of beloved characters.Now, it's

been stated that the bottom-paid actor in the lead role is Thembsie Matu, who plays the individual named Patronellah. Her monthly earnings are expected to range between R20,000 and R25,000.

In the meantime, Connie Ferguson has usually been considered the "face of the Queen." For more than 25 years in the South African movie industry, she has managed to remain an influential celebrity.

And so, since she and her husband, Shona Ferguson (additionally referred to as' the Fergusons'), are the manufacturing company owners of The Queen, Connie’s income isn't regarded. However, her extensive experience in the film industry justifies her success. The Fergusons are also ranked as the second richest actors in South Africa.

The other show,which has become Mzansi Magic’s firm favourite, is The River. The show debuted in 2018 and quickly captured the hearts of many viewers.

Zweli Dikana, played by Hlomla Dandala, seemingly bags R45 000 a month, even as veteran actor Presley Chweneyage, who stars as Thuso ‘Cobra’ Mokoena, earns between R27 000 and R34 000 a month.

The lowest-paid actors at the display due to their revel are Tinah Mnumzana, Thapelo Sebogodi, and Matshepo Sekgopi, and their salaries range from R18 000 to R25 000 per month. followed by way of Lunga Shabalala, who performs Lindani, earning between R20 000 and R25 000. Larona is getting R25 000.

Mamelodi Sundowns Vs TS Galaxy: Galaxy saw off Sundowns with that early goal

Final Kaizer Chiefs is set to announce this new arrival, check out