It will feature artists from various African countries, a USA film, a Hollywood city featuring Thuso Mbedu as an actor and Lebo M, in the music industry. 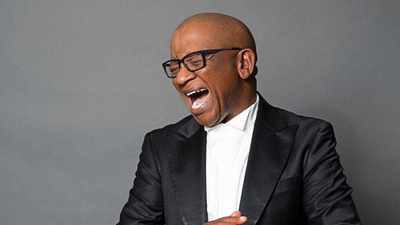 In the film Thuso plays the role of Nawi, a human rights activist who seeks to free them from slavery.

The film The Woman King will also feature actress Lupita Nyongo, who will be playing the lead role.

The film is based on the ancient events that took place in The Kingdom of Dahomey, Bernin, between 1918 and 1919.

Lebo M did not say anything about it, but said it was "exciting" that the film was being shot in South Africa, which would not have been difficult if he had not come up with any music about it.

“I became the first producer to have the opportunity to do this work since the onset of the Covid virus. The five songs currently available look back on the film's origins. Some of them highlight the talent that we have in this country. Being part of a team means a lot to me and I feel humbled. This allows us to make music that will touch the film but will also strengthen our culture in the way we discuss this film, ”said Lebo M.

He went on to say that in this film, it will also show the things that have been fought for by the most diverse people in the world.

He said the lack of contempt for a woman would be evident in the film.

“Courageous black women will be seen rising to prominence and becoming leaders. This statement was made by one of the film's producers, Viola Davis, and I agree. When we finish this film we definitely don't have to choose countries it has to go all over the world, I am very happy to make music in it, ”explained Lebo