How Somizi baby mama found out he was gay

On the latest episode of leaving the dream with Somizi his baby mama Palesa Madisakwane revealed how she found out he was gay. Its quite cute on how the actress doesn't call the idols judge and choreographer by Somizi. 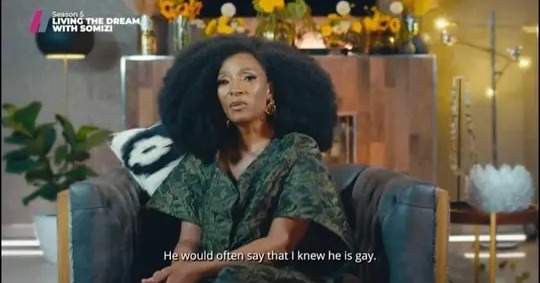 How a person calls you says a lot about what you mean to them. To Palesa the Idol's judge is the father of her child nothing less and nothing more. Whilst doing her nails she told her friend she was already pregnant when she found out of her baby daddy's sexuality. Palesa said that she would even boost to people that her boyfriend was from Sarafina least did she know he was gay. She was even thr Miss Party at Somizi's 21st birthday. 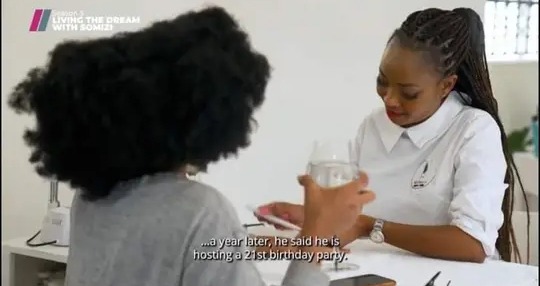 Pelesa revealed that Somizi's mother and sisyer even suggested that she should give them the baby because they already knew Buyani's sexuality. However these two should be applauded on their co parenting skills. Somizi supports Palesa on her work ethics he even paid for her plastic surgery after she was involved in an accident. There's no drama between them just mutual love and respect. 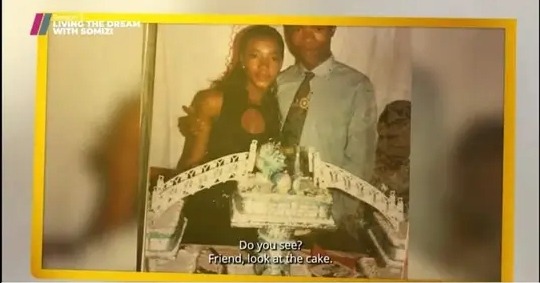 Their daughter Bahumi wants to change her surname to her fathers however Palesa wants damages to be paid first. Perhaps that's the lesson tradition should be followed even though you provide for your child's needs but do right by the mothers family also. Living the dream with Somizi is a showmax exclusive.