By Queenjustice25 (self media writer) | 1 year ago

The battle for the Zulu throne takes a new turn when a new royal faction threatens to sue Zulu royalties and the office of Prime Minister KwaZulu-Natal for stopping King Misuzulu's ascension to King of the Zulu nation claiming that the throne does not belong to him. In the final battle fought by three kings, Princess Nomhubulvane, Princess Nomvula O'Meara and Princess Mlengi Zulu, a 19 year old king, the subject is no longer in the will of the late King of Goodwill Tsvelitini and the late regent of Queen Zulu, Mantfombi Dlamini-Zulu, but this is about how they were dethroned from their throne over a century ago

In the first step of their fight for the prestigious throne, the trio have written to KZN Prime Minister Sihle Zikalala and Prince Mangosutu Butelezi, the traditional Prime Minister of the Zulu king, demanding "historical compensation". In a letter written by the Three Kings from King Kambushilo and KwaConele di Nongoma on the 3rd.

In their historical memory, as stated in the letter, from the Independent Media, they claimed that if the history and traditions of the Zulu-Rajas would not have been abolished in 1913 when King Solomon KaDinuzulu died, Prince George Zulu, then 16 years old, would be the next king, not King Cyprian ka Solomon, father of the late King Goodwill Tsvelitini, who succeeded King Misuzulu.

"We believe that the heir to the throne should take his rightful place in the history of the Kambushilo Family... We believe that, as the rightful heir, he supported our brother Prince Mlengi Zulu for the following reasons," reads part of the letter to Zikalala and Buthelezi. Independent media managed to track down Princess Nomkhubulwane, a Harvard-trained royal state known as "Khubu" in the royal palace. will go to the ends of the world to make sure historical reparations are made "and that includes litigation".

Should the threat to go to court materialize, King Misuzulu's accession to the throne now faces a second legal battle, as is currently the case with Queen Sibongile Dlamini, the first wife of the late King Goodwill Tsvelitini and his two daughters, Princess Ntandoenkoshi Zulu. this case and Princess Ntombizosutu Zulu-Duma have submitted their files to the Pietermaritzburg Supreme Court. They want King Misuzulu's coronation to be stopped because they are questioning the will that brought him to the throne.

In another twist in the battle for the throne, another faction in the royal palace wrote in Zikalala's office late last month, naming Prince Sisiade Zulu, the eldest son of King Goodwill Tsvelitini, as another rightful heir. Princess Nomhubulvan said that under current circumstances, Prince Mlengi Zulu should take over, not King Misuzulu. She has a lot of wisdom, she is an avid reader and she is in touch with nature,” said Princess Nomhubulvane. He stressed that the throne should go to its rightful owners and that they would fight for it.

"Let's take this compensation so that the crown goes to its rightful owner," he said. Despite allegations that a letter was also sent to Buthelezi seeking historical compensation, Buthelezi's office said he was not aware of the letter. "We do not know the subject ..." Prince Butelezi did not receive such a letter ... yesterday's provincial cabinet day meeting yesterday did not answer any questions about the letter allegedly sent by Princess Nomhubulvane. 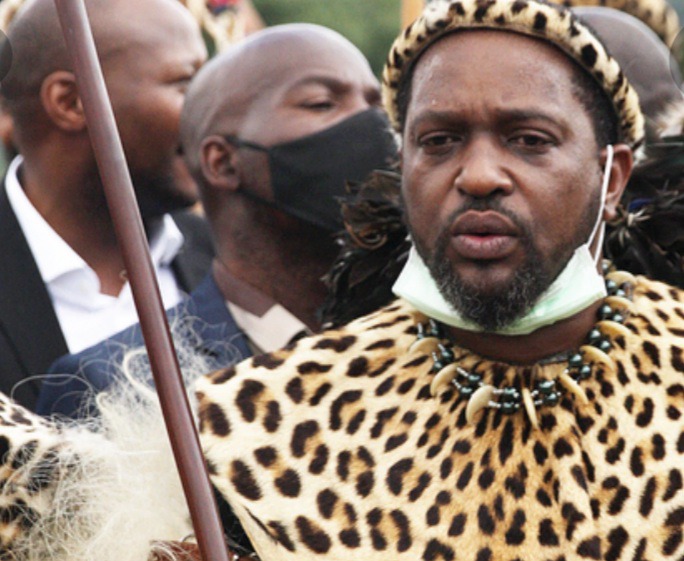 Content created and supplied by: Queenjustice25 (via Opera News )