Unathi Nkayi is born on 06 November 1978, from Grahamstown, Eastern Cape. She started her career in 2004 after completing her studies. Unathi Nkayi is best known as the idol's judge, and not only that Unathi was a co-host of the television series, Popstars alongside the legendary Rowan Cloete. She then landed the role and was later the co-producer of the show. This opened more doors for her, as she then joined the YFM from 2004-2020. 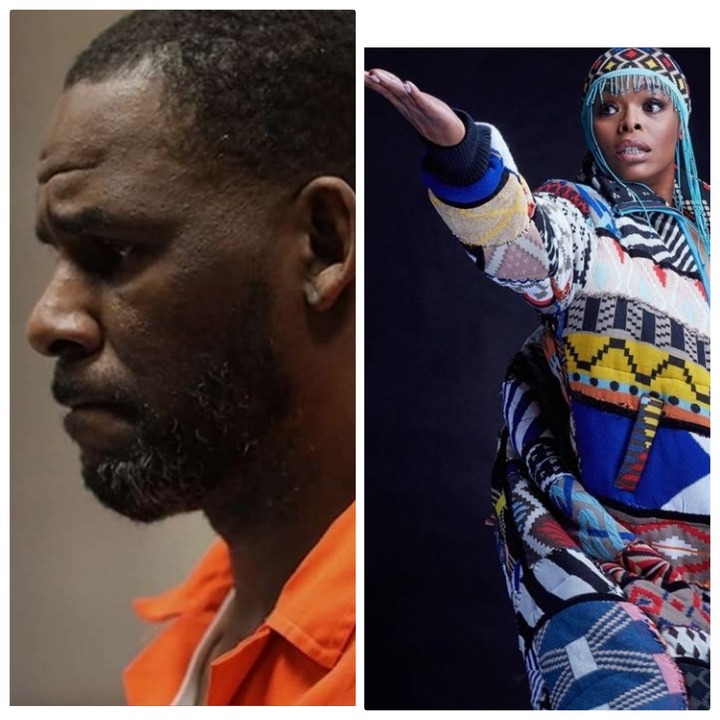 Robert Sylvester Kelly (born January 8, 1967) is an American singer, songwriter, record producer, and convicted s*x offender. He has been credited with helping to redefine R&B and hip hop, earning nicknames such as "the King of R&B ", "the King of Pop-Soul" and the "Pied Piper of R&B".

After he has spent years in jail, yesterday R Kelly was changed and sentenced to life in prison. People had a lot to say about this matter, as they feel that it's impossible that R Kelly could have done all those things they say he did to those girls, while some people say despite what R Kelly did they will still listen to his music.

But out of all those people, there's this one particular person who thought there's no way she will keep quiet about this matter. And this happened afterr Unathi took to her social media account to warn her friends to stop listening to R Kelly's music in her presence. Below is the message shared by Unathi please read. 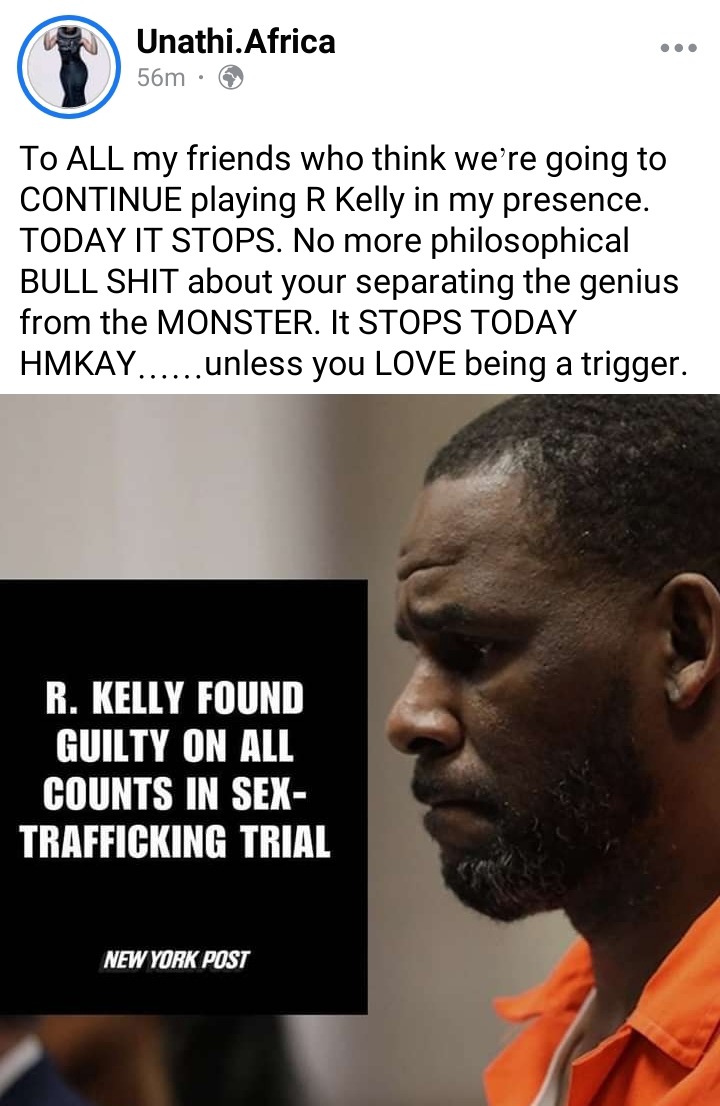 It's not everyone that agrees with what Unathi is saying, even after R Kelly was found guilty. People are entitled to their own opinion and Unathi had her opinion and people don't agree with her opinion, as she thinks what R Kelly did was wrong. Below are some of the comments left on Unathi's post, people are not happy at all as they feel that Unathi is being judgemental and who the hell is she to judge. 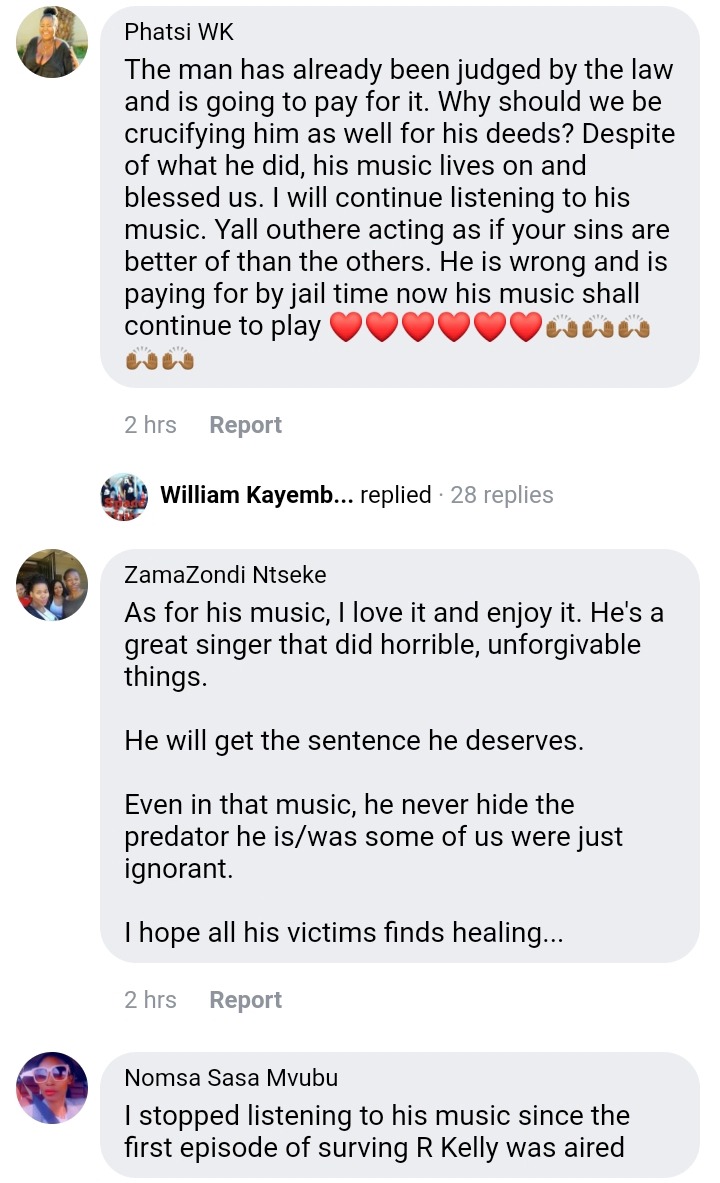 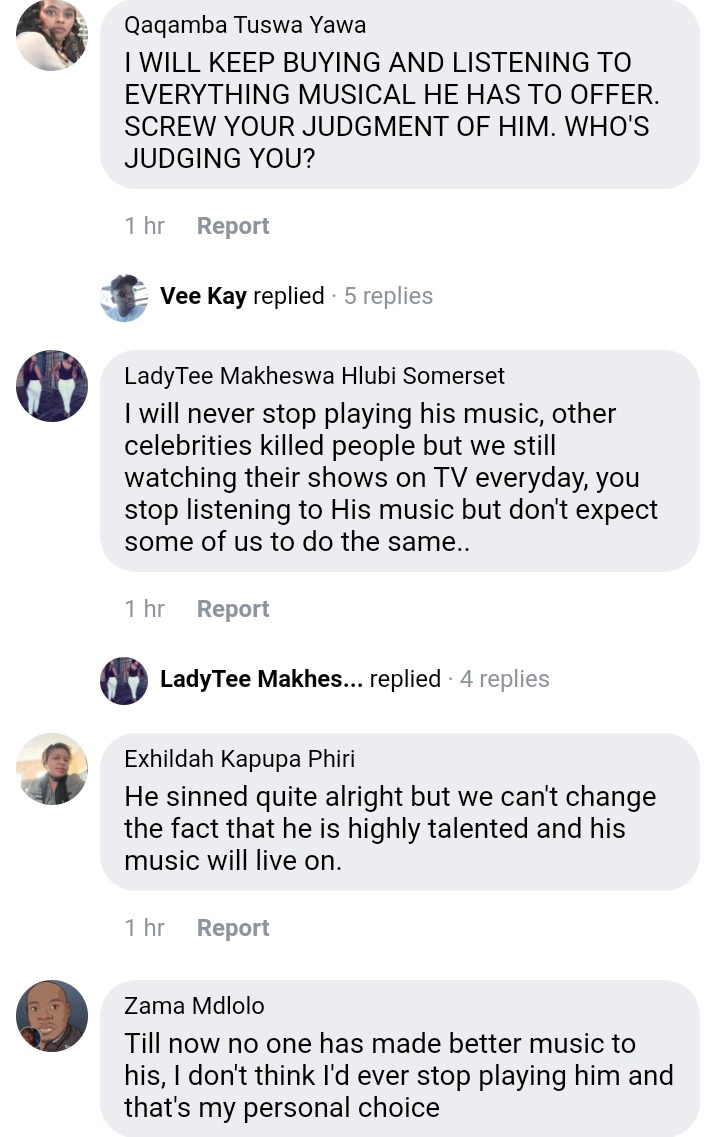 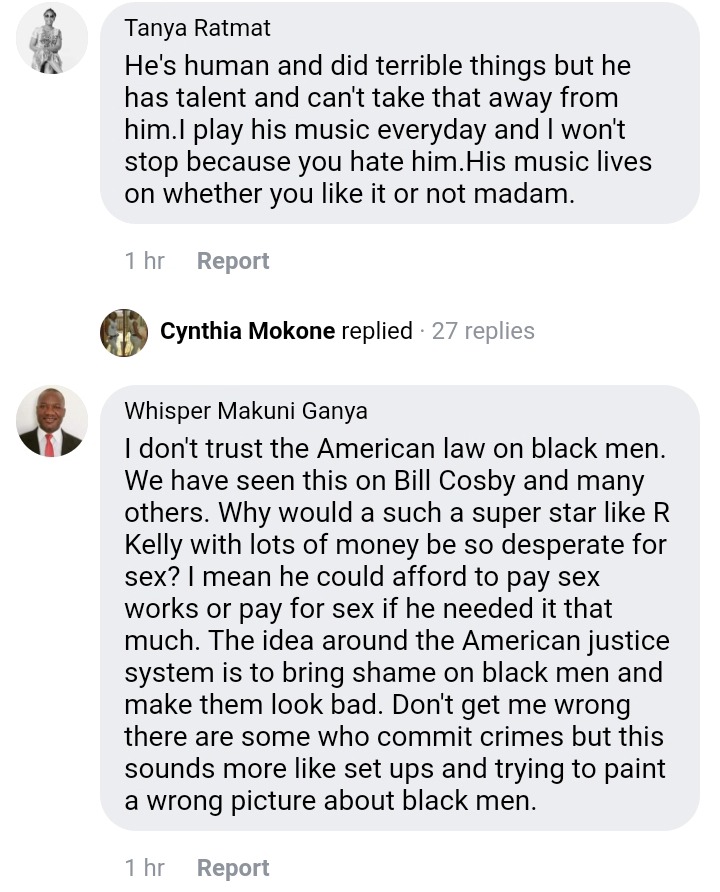 I guess despite what R Kelly did, people feel that we all make mistakes and no one is allowed to judge another human being unless their perfect.

I don't think Unathi was wrong to express her feelings, she's a woman. And women look out for each other, Unathi was just feeling the pain those women went through.