By MissPee (self media writer) | 7 months ago 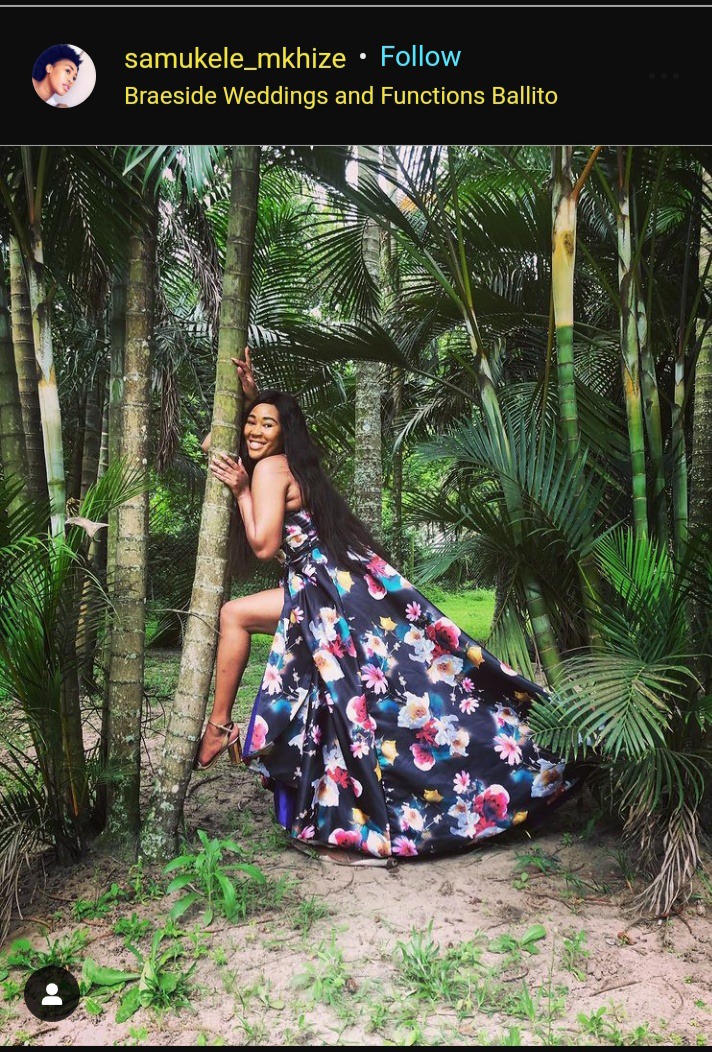 Samukele Mkhize is potraying the character of Khwezi on SABC 1 famous show Skeemsaam. She is good in acting to an extent that she makes it so real and almost everyone is annoyed by her. Samukele made her debut on Skeemsaam last year gracing our TV screens with her dazzling performances. 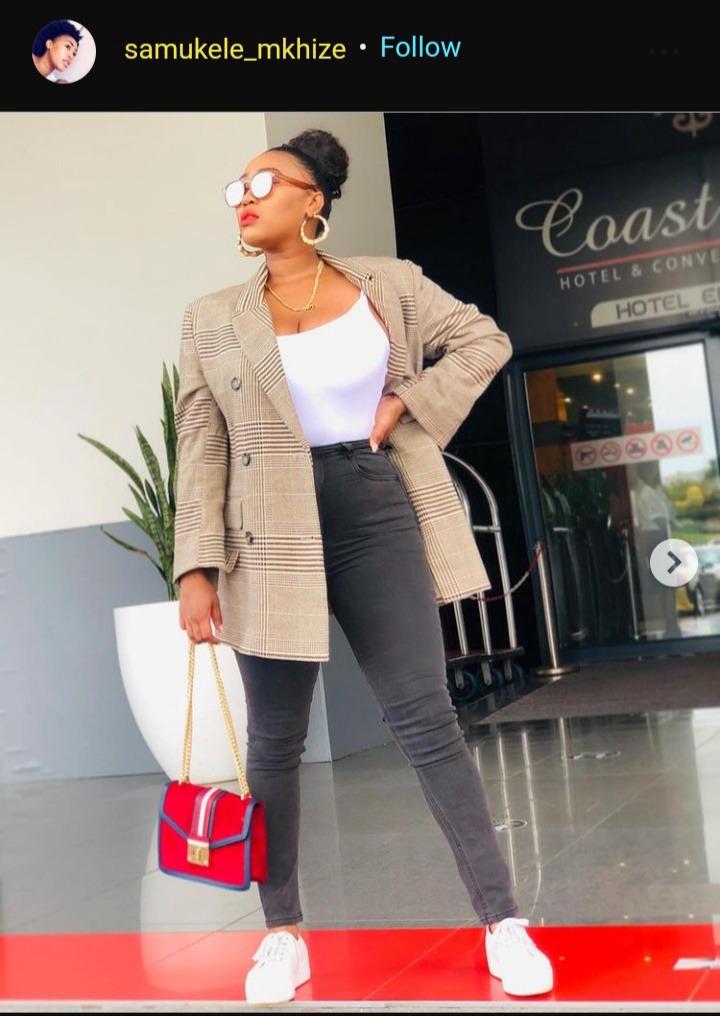 She was born at King Edward hospital in Durban and grew up in a village called Maphophoma or Madundube, KwaZulu Natal. Her grandparents were both pastors and were involved in church activities. As a family, everyday they held at least 3 church services but her and her brother only attended twice due to attending school weekdays. Reports state that growing up as a child she was quite not because she was shy but rather very observant of other people's behaviour and personalities. She was raised well by her grandparents and she was respectful. Sports was something she enjoyed growing up. 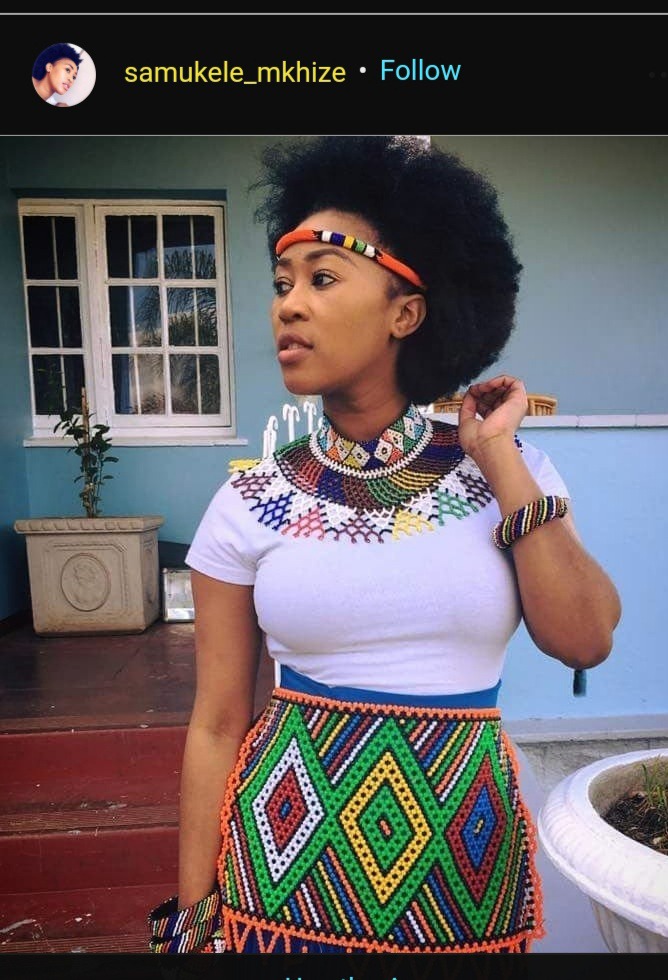 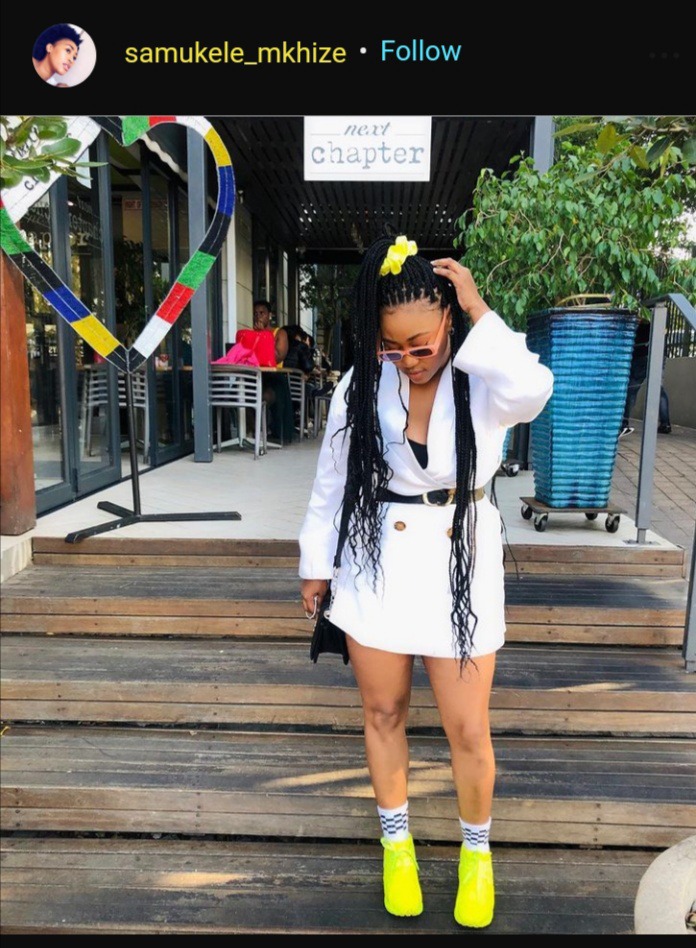 In 2006 she was part of an amateur drama, music dance group in Kwamashu, KZN where she met an artistic director of the community Art Centre Mr Edmund Mhlongo. He saw a potential in her and started grooming her and by the end of 2008, she landed a role in one of his ground breaking musicals called Madame President Musical.

She played her first leading role which made her recognised in the acting industry. She then received 2 nominations for the Mercury Durban Theatre Awards for best newcomer and best lead actress in a musical. That's how she made her mark. 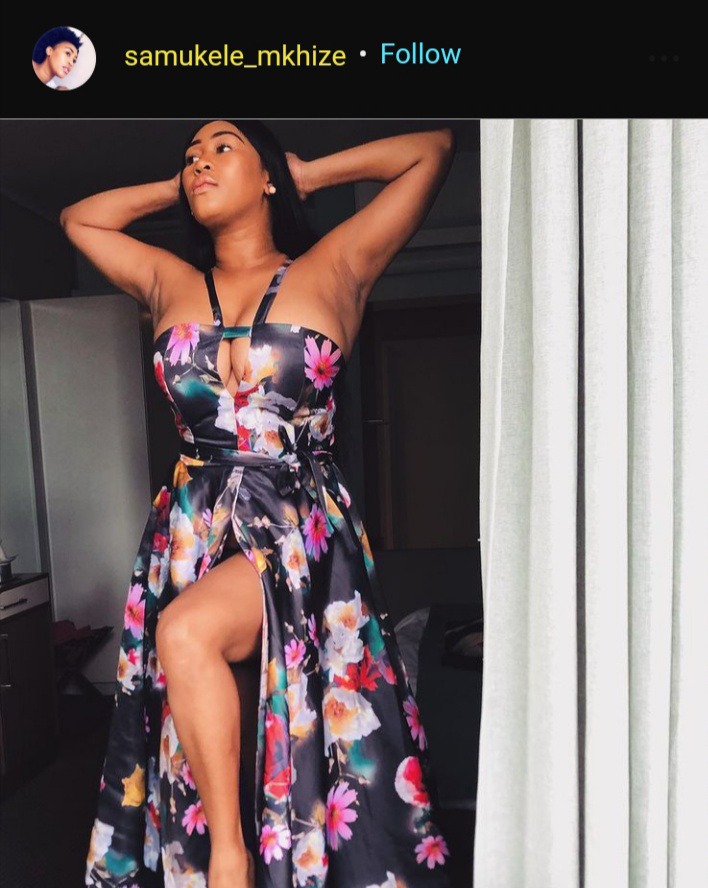 Apparently, she also appeared in soapies like Isibaya where she played a role of Mabuyi where she also did an excellent job. On Skeemsaam she is Lehasa's girlfriend who is a thug. Lately she has been trending for kidnapping Pretty, Lehasa's ex who was pregnant with his child and then decided to get rid of it. Khwezi forced Pretty to make a recording confessing that she was never pregnant but instead lied so that she can trap Lehasa.

Current Pic of DJ Sbu leaves SAns touched. See how this celebrity looks, as there are concerns

Photos: See how the American Rap Queen Cardi B transformed after making money and fame