South Africans will tell you that it is not easy being wanted by the taxman. It is always important that people pay their taxes. This is the same money that is being used to sustain the country. Having service delivery and all other things in the country depend on tax. One can just imagine if people goes on a tax strike, this could be bad for the country. 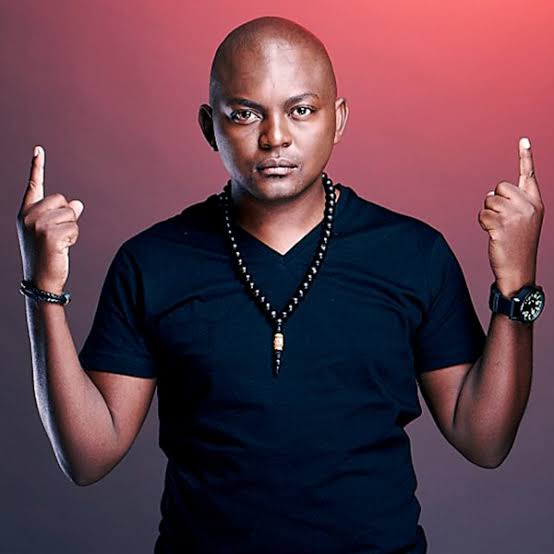 Different people will have different reasons as to why they have not been able to pay their tax while some might just say they won't be paying tax that will at the end of the day go to politicians in a form of tenders, while they can't even deliver on basic services to the communities.

A well known and popular DJ Euphonik has been served with a final letter of demand. It is believed that Euphonik whose real name is Themba Mbongeni, is owing Sars an amount of 11 million. Euphonik has failed to pay his personal income tax and left Sars with no option, but to go after him. 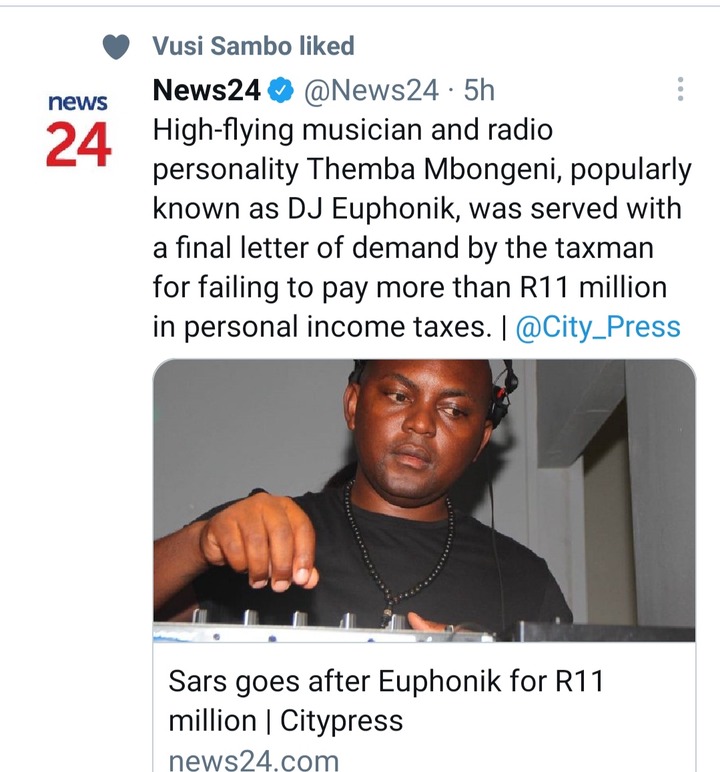 It is no surprise that we see Euphonik being persuid by Sars. We have seen it happens to other musicians as well, however some people seems to think that there is something fishy about this. They feel that sars is only going after black people and does not do the same to white people. They have not been able to perform for the crowds since gatherings in large numbers have been prohibited. However, we are now in level 1 and things should start to look up for them.

11 million is a large amount of money to be owing on a personal Income tax. It would have been understandable if it was for his company. We know that the covid 10 pandemic has really hit hard on especially on the musicians.

There were some options that Euphonik has been given in order for him to pay of his tax. He may apply to make payment in installments if he is unable to pay full amount. He may also apply to have a suspension of his debt if he intend to dispute the debt.

Euphonik's fans seems to believe that he will be able to pay off that amount and it won't be an issue to him, while some are saying that he should have settled it a long time ago before Sars could even go after him.