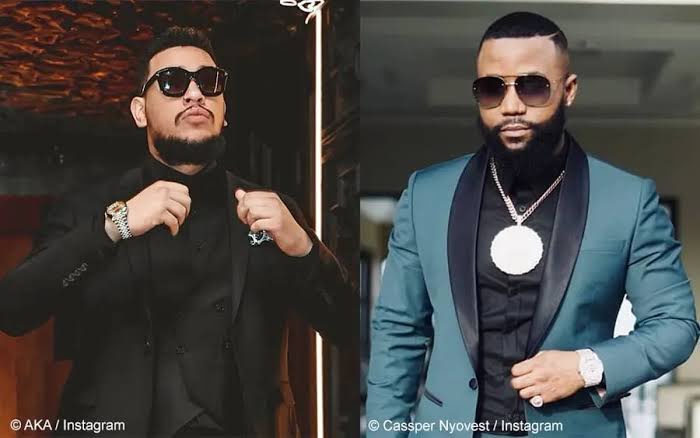 A fan asked Cassper Nyovest to help AKA in his dying music career. Fans have been questioning whether AKA will make a come back since he's been going through alot this year. He lost his fiancé and then he revealed that he was diagnosed with clinical depression. He released new music that featured Costa Titch and he released a song for his late fiancee on her birthday but fans still say that it's not enough. 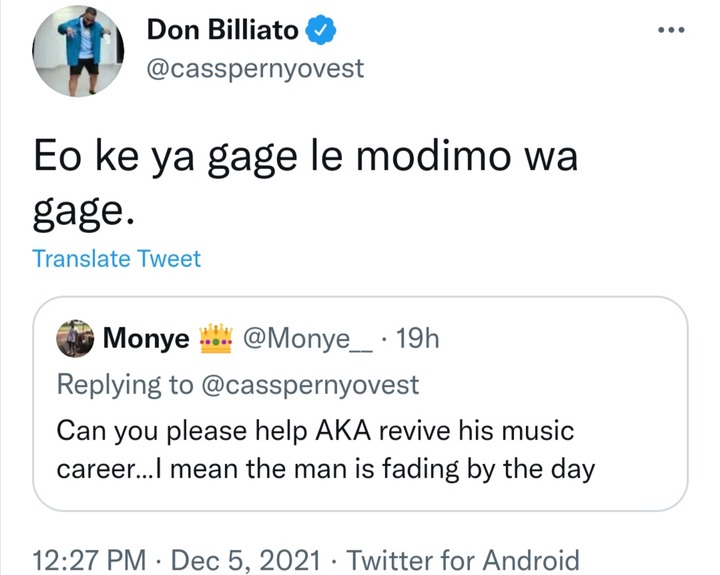 The tweet said "can you please help AKA revive his music career... I mean the man is fading away by the day"..

Cassper then responded to the tweet and said it's between him and his God. However Aka's fans who call themselves 'The megacy' were quick in the comments to defend their favorite.

They said although AKA is going through some things he is still the King of music and when he comes back it's going to be lit. Others said AKA is better than Cassper lyrically. 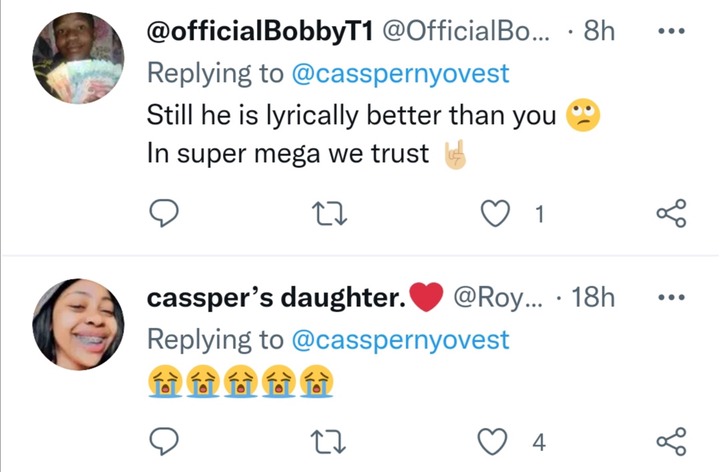 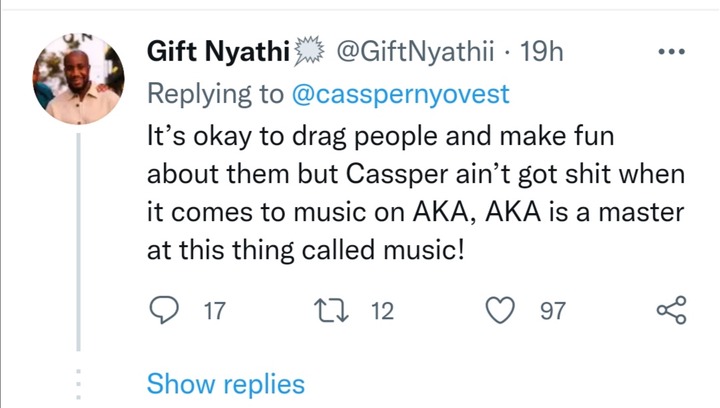 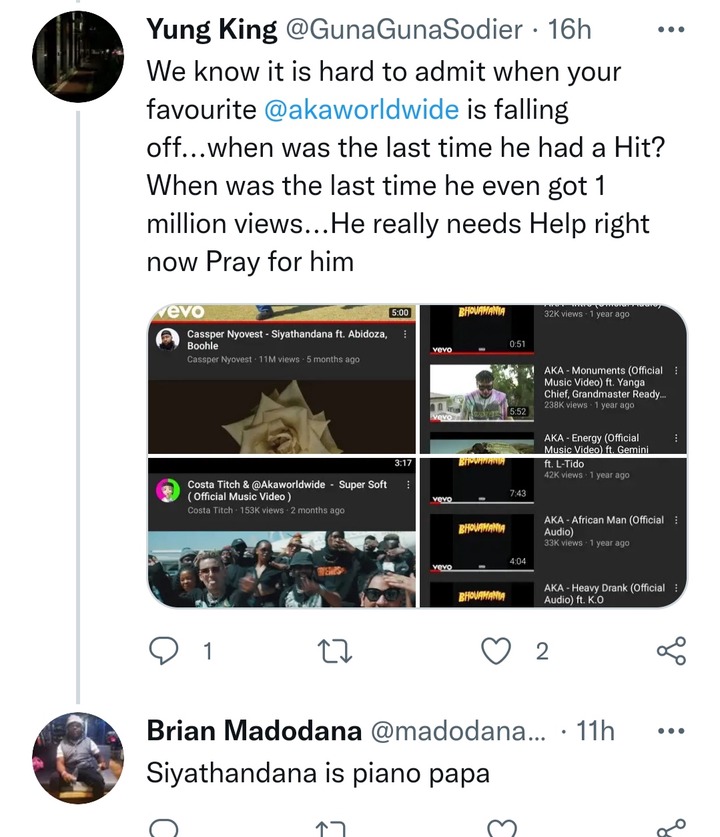 So do you think that AKA is falling off? Or is this break good for him and he will be back to himself making hits? Leave your thoughts in the comments section and don't forget to like share and follow me for more entertainment.

WATCH| As Thuli Phongolo cuts off her beautiful hair