In his prime, David Beckham played for two of the greatest teams in Europe (Manchester United and Real Madrid), where he was admired not only for his ability, but also for his style and movie-star grade good looks. It’s probably no coincidence, then, that he ended his career in some of the most glamorous cities in the world: Los Angeles, Milan and Paris.

Beckham is more is more than just a successful, handsome athlete – he is a brand with a multi-million dollar image, a style icon, and a trend-setter. When he puts his name and face on a box of perfume, its sales go up. When he changes his hairstyle, the world follows. Beckham has a level of class and prestige actors and rockstars aspire to. 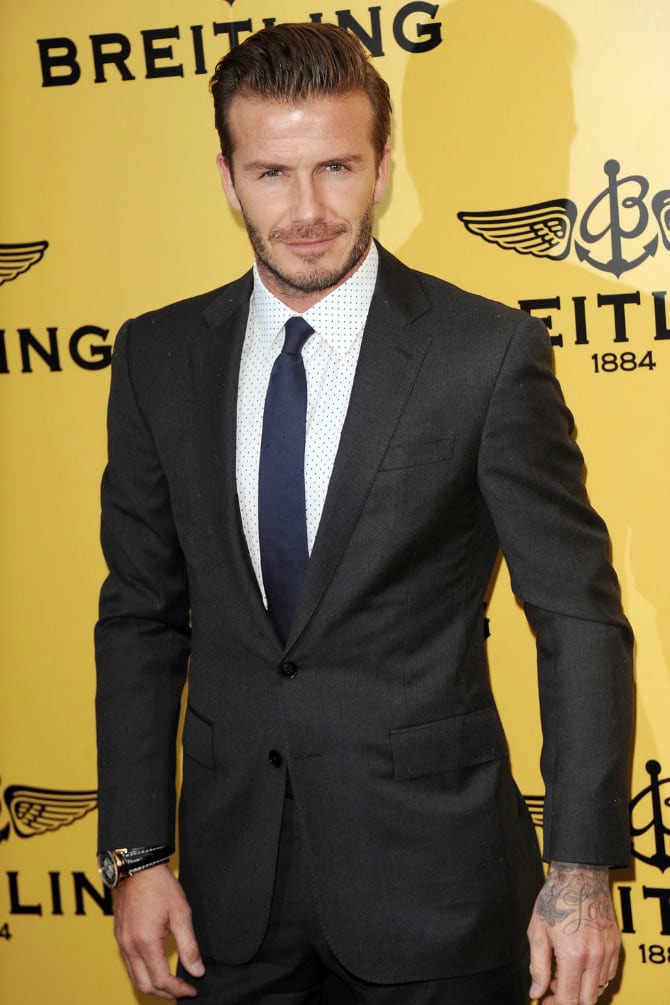 Johnny Depp is one of the most versatile actors of the past few decades. He is equally adept at playing a mobster/undercover cop, or a quirky, flamboyant pirate and his characters almost have a certain darkness about them. This spills over into Depp’s style off screen as well.

He is by no means conventional and this is probably his most distinguishing feature. The messy hair, the worn out clothes and shoes, lots of accessories, and every kind of hat you can imagine – nobody can make hobo chic work like Johnny Depp does. 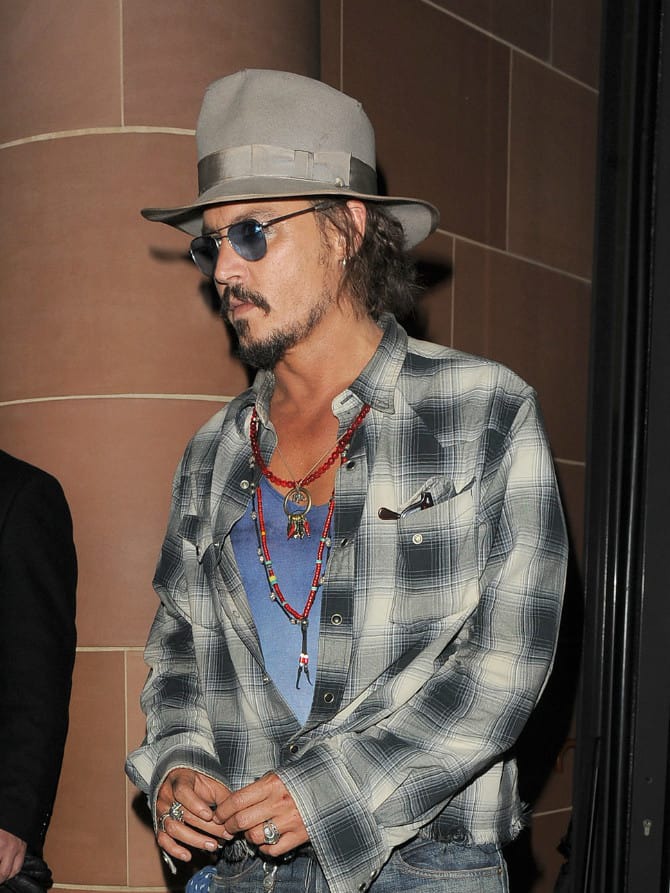 Marilyn Monroe is the original Hollywood sex-symbol, while her on screen persona, as well as her real life antics are probably the source of many stereotypes about blondes still in the public consciousness today.

Her influence is undeniable and even today she is remembered as a show business legend. The pink dress she wore for her performance of Diamonds Are a Girl’s Best Friend from the movie Gentlemen Prefer Blondes , or the white dress she donned in The Seven Year Itch (known for the scene with the dress being blown up by a passing train) are both regarded as iconic and widely imitated to this day. 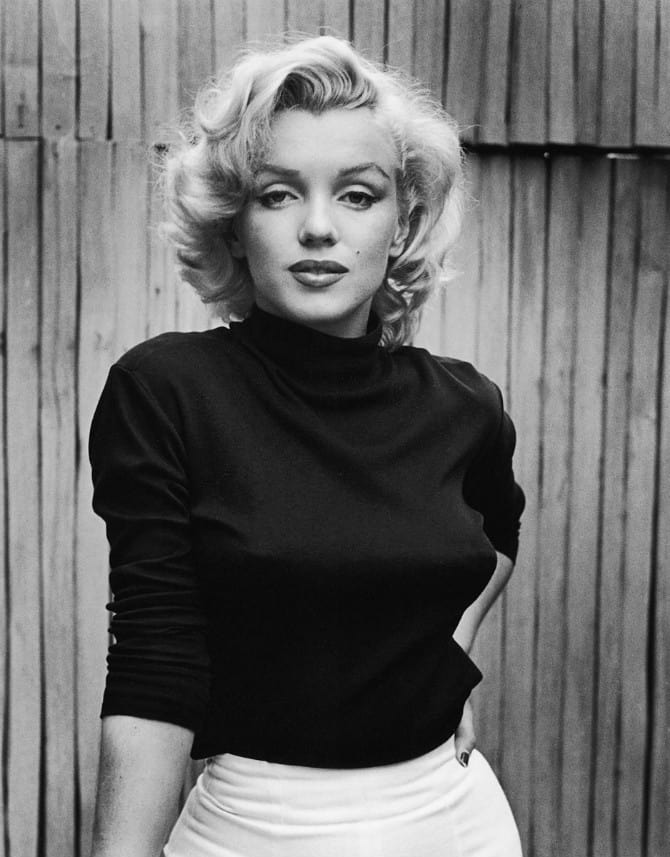 It is rare that a name and a title go together to describe somebody so perfectly as in the case of Princess Grace.

Grace Kelly was a successful actress, who by the age of 26 already had a number of big roles and even an Academy Award in her résumé. Widely appreciated for her looks and style, as well as her talent, she caught the eye of Prince Rainier of Monaco, whom she eventually married. The wedding dress she wore has since achieved legendary status and such was her star appeal that she even helped popularize the Hermès Kelly bag (which was named after her). 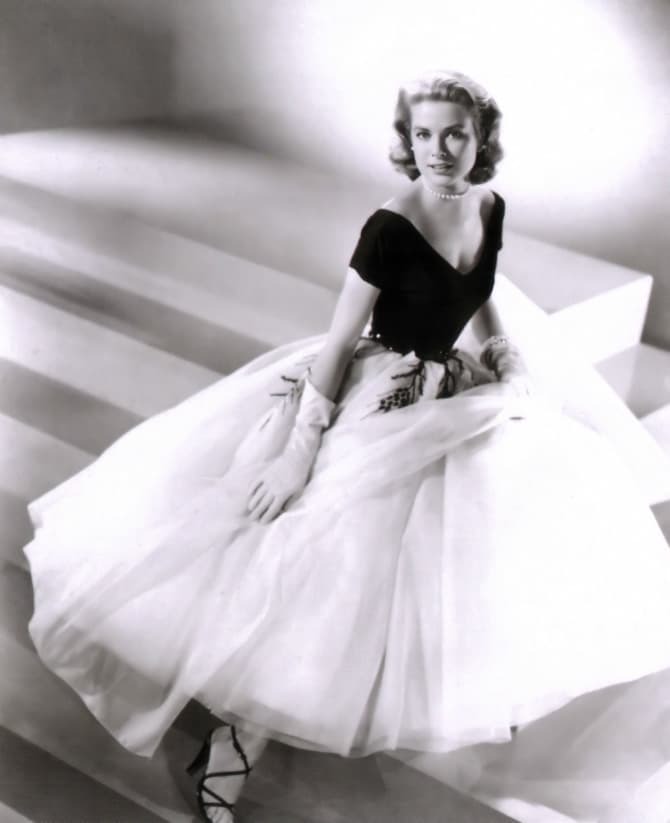 Among all contemporary leading men, none seems to channel that Golden Age allure quite like George Clooney. And he might as well actually be a Golden Age icon – we’ve long stopped keeping track of his age, since he seems to simply get better with time anyway.

George Clooney is an amazing actor, a great writer and director, and always knows exactly what to wear to complement his legendary good-looks. The greatest endorsement of his sense of style comes from none another than Giorgio Armani himself, who actually said he makes a suit look “simply fantastic”.

Elizabeth Taylor was in the spotlight her entire life – a child-star by the age of 12, she went on to become one of Hollywood’s hottest stars and was actively supporting various causes even after the best days of her career were behind her.

She was one of the early sex-symbols and set the standards on what a movie star should be like both on and off screen. And while her outfits were definitely more revealing than those worn by most of her contemporaries, it is her great penchant for jewelry that was most remarkable (though married eight times to seven different men, she named jewelry as one of the great loves of her life, alongside fellow actor Richard Burton and Mike Todd). 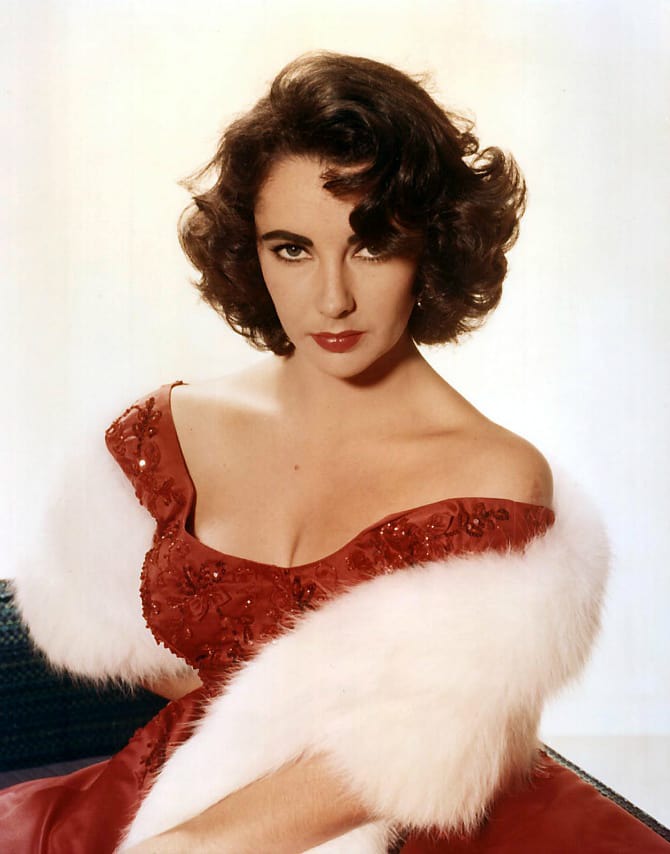 Hollywood may have had Marilyn Monroe, but Europe had Brigitte Bardot. The stunning French actress and singer, described as a sex kitten for some of her earlier, more provocative roles, retired from acting before she was 40 to focus on animal rights issues – but even with such a relatively short career, her influence is quite significant.

Her beauty and sensuality won her the admiration of many (including The Beatles and Bob Dylan), while her charisma and prestige allowed her to push the envelope in what were still conservative times. She popularized the choucroute (low beehive) hair style and the Bardot neckline, she put Cannes and St. Tropez on map, and helped make the bikini mainstream. 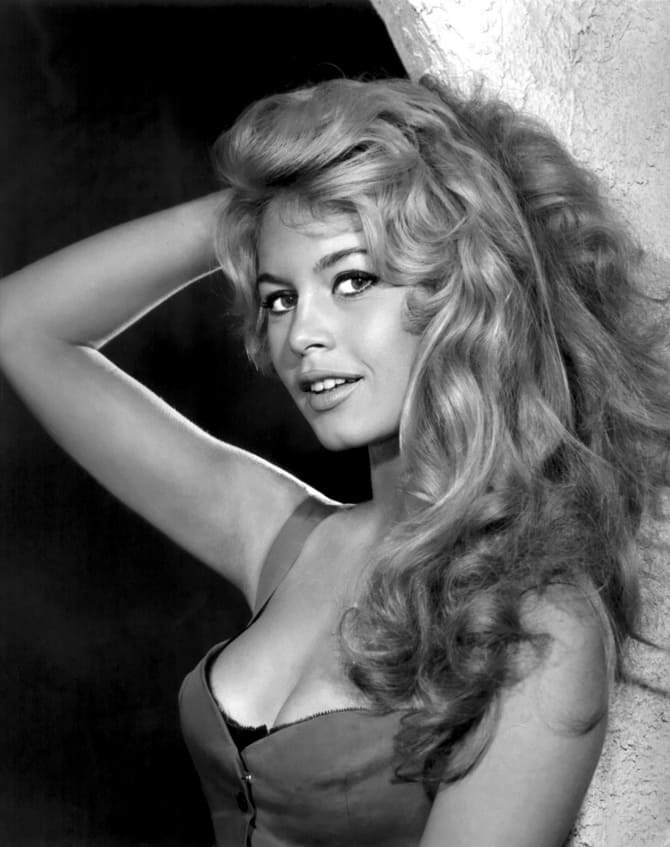 If you had to make your pick of the most stylish male figure of (at least) the past century, it would be very difficult to argue against James Bond being top of the list. The confident and suave super-spy that saves the world with his charm rather with his fists or gun is one of the greatest characters of all time and Sean Connery is the quintessential Bond.

Ian Fleming himself initially disliked the rugged Scottish actor chosen for the part, but Connery eventually managed to win him over. His good-looks, his distinctive voice, his sly smile, not to mention the fact that he seems to have been born to wear a suit turned James Bond into the cinema icon he is today. 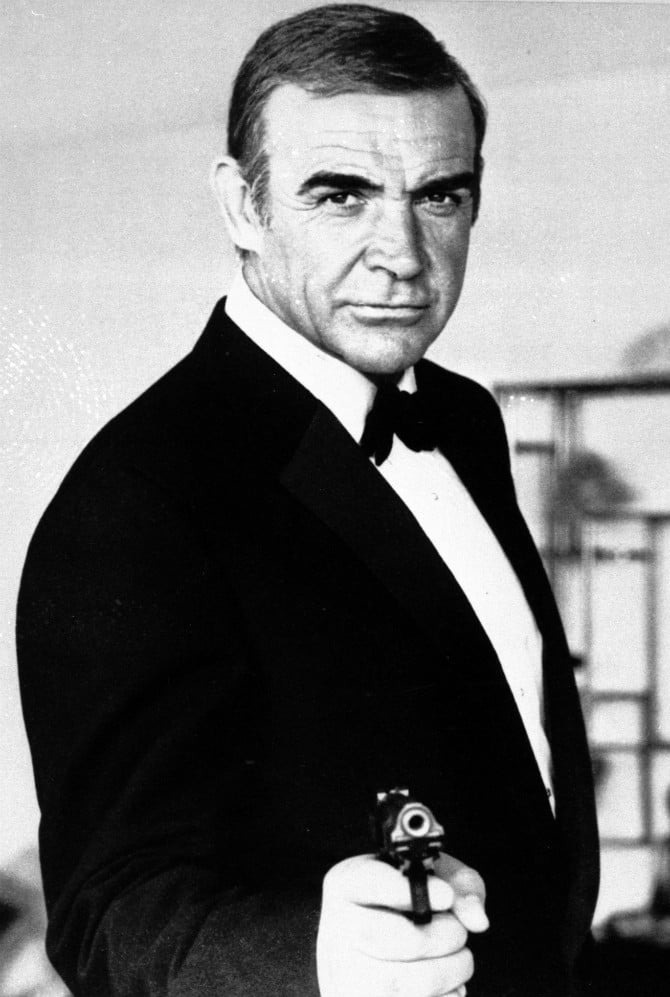 Jackie Kennedy was as influential in fashion as her husband, John F. Kennedy, the President of the United States, was in politics during the ’60s. When the First Family moved into the White House in 1960, she worked with famed fashion designer Oleg Cassini (her Secretary of Style) to create the legendary Jackie Look.

Her style was simple, yet glamorous, with clean lines, exquisite fabrics, and strong, solid colors and patterns. She made pillbox hats, silk headscarves, and large sunglasses work like none other, adding a touch of style and glitz to the presidential image that was unprecedented at the time. 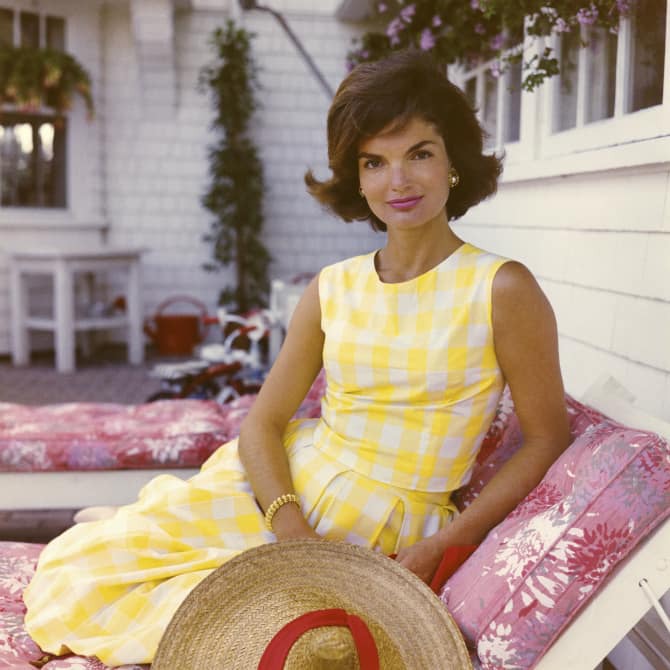 There’s just something incredibly charming about Audrey Hepburn. The very epitome of grace and refinement, her style was simple, favoring unostentatious dresses and outfits, yet she seemed to always be effortlessly elegant.

Of understated beauty, quite tall and slender, she was also a very gifted actress, which greatly added to her allure. Audrey Hepburn could just as easily play a princess (Roman Holiday), a flower girl who turns into a high society lady (My Fair Lady), or a naïve, outgoing socialite (Breakfast at Tiffany’s) – in fact, she is one of the few people to have won the Oscar, Emmy, Grammy, and Tony Awards. 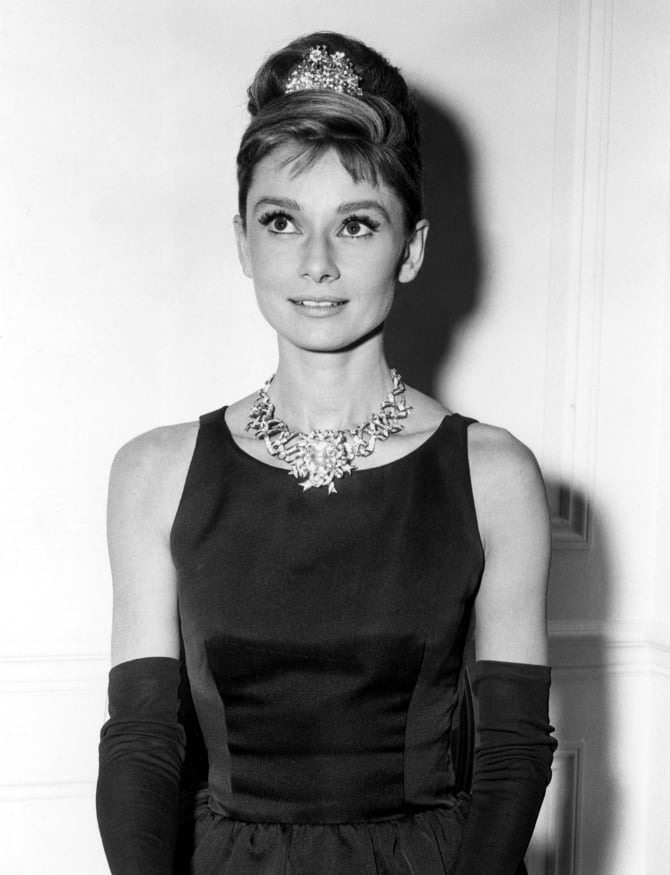 Top 9 Celebrities With The Most Unexpectedly Big Tattoos

Mohale says he would never date someone popular or famous again