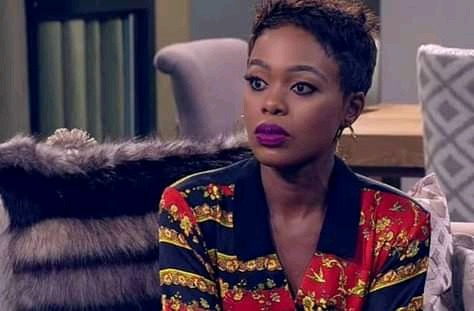 Johannesburg- Former Scandal's actress, Lusanda Mbane has proven that her character in Scandal as Boniswa Langa, was a real villian.

Mbane was praised on how she nailed that role and it seems very real. You just know when you are watching a TV drama or soap then you begin to hate that actor over what he or she portrays in that character on screen, that only means they are doing incredible well.

As the word says "actor", it is something not real but you are acting to make it look like it is real. When viewers at home get taken by what happens on screen, then you know that the actor has nailed the character.

Over the past few months, Boniswa Langa created enemies from viewers as they really hated her. They were so annoyed by all her evil ways. We have seen Boniswa Langa turning from a good hearted and kind loving mom into being a cold hearted serial killer.

Boniswa Langa had no shame in terminating a person, in fact, if you stand in her way of getting what she wants, then she does what she does best and that is murder. Boniswa did not hesitate to get ride of a person standing in her way, she will construct a plan and ensures that you die.

We have seen how she cruelly killed her very own son in law, Romeo Modepu and went on to kill the father of her son, just to name a few. Over the past few months, she has killed many people and getting away with it. This is why Mzansi hated her and wanted her to be caught.

This simply explains that Lusanda Mbane has been doing well in her role.

To prove this, over the past weekend, she won an award at the Royalty soap Awards that were held in Johannesburg, for her role as Boniswa Langa in Scandal.

She walked away with the Outstanding Lead Actress award. 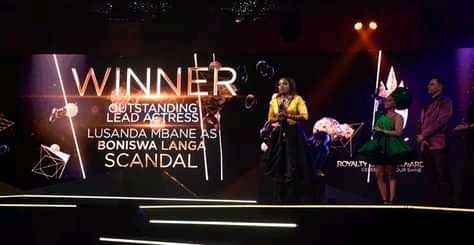 Lusanda took to social media to share the news of her win and also thank Scandal! for giving her the platform to show her craft.

“I am eternally grateful. We took it fam… The OUTSTANDING LEAD ACTRESS Award at the @royaltysoapieawards last night went to LUSANDA MBANE as Boniswa Langa on Scandal!. Congratulations to all the winners and all the nominees. Umsebenzi uyabonakala. Thank you @etvonline @etvScandal #OchreMedia.”