By WHITEMANCONFESSION (self media writer) | 4 months ago 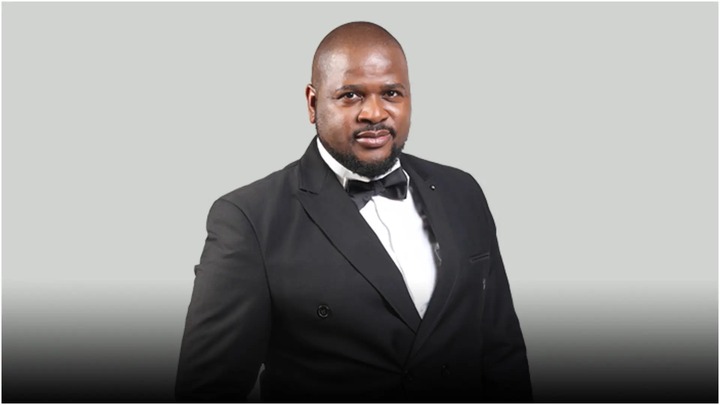 Actor from Skeem Saam has been taken off the show due to fraud allegations!

Sebasa Mogale has been suspended.

Sebasa Mogale, who once hosted the afternoon drive show on THOBELA FM, has been suspended.

This comes following a recent edition of the television program Carte Blanche, in which it was reported that he had promised individuals enormous investment returns on bitcoin investment but never delivered on those promises.

According to what Daily Sun knows, more than one hundred individuals fell victim to the alleged fraud, with Sello Bonoko losing more than R230 thousand.

"I learned about the investing opportunity in bitcoin from Thobela. In the past, he had advertised it throughout the week. I trusted it, in large part due to the fact that I heard it on the radio, because it seemed plausible. After that, I went to his office, where I discovered over twenty individuals attending a session regarding the investment, as Sello explained.

He also said that he had been promised a monthly salary of R50,000.

It was explained to me that investing R200,000 would provide financial returns of R50,000 per month. He promised me that the purchase was legitimate and that he would not swindle us since he was a prominent character, which is why I didn't believe him at first, but he later changed my mind.

"I was one of the best performing salesmen in the firm, but following Sebasa's promise, I decided to abandon my position. "I took all of my funds and transferred it into his firm," she claimed. "I did it because I trusted him."

However, after a few months had passed, Sebasa had stopped receiving his calls, and there was no longer a monthly payment.

I attempted to contact him, but he did not answer his phone. In the end, he told me that I needed to send an email. At the end of it all, he said that there was no guarantee to pay a predetermined sum. "At that point, I became aware that I had been the victim of a con," Sello said, adding that he did not report the incident.

Gilbert Mokganya, another victim, was quoted as saying, "I heard about the investing in bit coin on Thobela. Since I don't have a job, I make my living by selling chickens. Therefore, after learning about the possibility, I made the decision to invest.

It is reported that Gilbert lost R12,000 due to a swindle.

"In September of 2020, I was a participant in a workshop, and I signed a contract. I put in R12,000 with the expectation of making at least R120 every day after expenses. He even provided me with an application that I could use to keep track of my finances. But after a year, I came to the conclusion that I was being taken advantage of. After seeing that the app was displaying 0 rand, I decided to inquire more into the matter. He grew belligerent and refused to provide any explanations after that. Gilbert said, "After that, I was unable to locate him."

In addition, he said that he had not filed a report with the authorities.

Sebasa said, "I am aware of these charges; nevertheless, owing to specific circumstances, I am unable to respond at this time." On the other hand, I will eventually be in a position to discuss this topic in public."

According to a statement made by the police spokesperson Brigadier Motlafela Mojapelo, "Victims must file complaints at their closest police station." After then, and only then, will we be able to take action."

Following an investigation by Carte Blanche, SABC's Gugu Ntuli said that Thobela FM had made the decision to unschedule Sebasa, who was the host of the Ntshirogele afternoon drive program. The concerns that were brought up in the most recent broadcast in relation to his business activities with crypto currency are going to be given to him as a chance so that he may rectify them. While this is going on, Mankoko Baby will be hosting Ntshirogele with Skhumbuzo Mbatha. The radio station is very concerned about the safety of its most vulnerable audience members, and it will examine every angle of the situation in great detail.