The River: Andile weds Njabulo in pictures and Lindiwe dress that stole the show 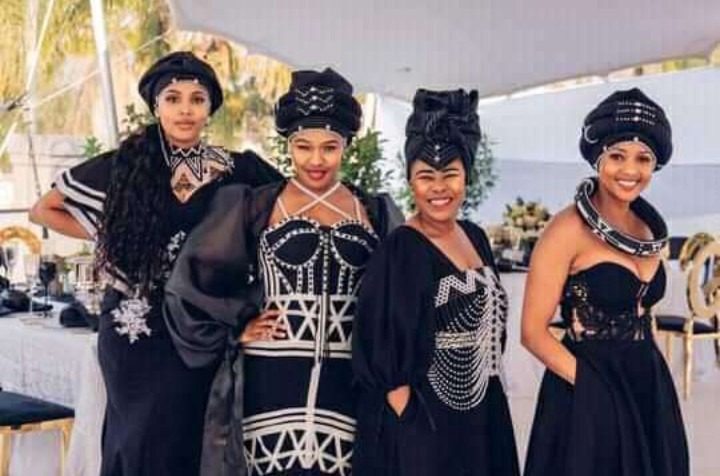 Lindiwe Dikana also known as Madlabantu is a character on 1 Magic's The River. The character is portrayed by Sindi Dhlathu former Muvhango's leading actress. Lindiwe is a ruthless business woman who kills whatever stands in her way. The only person Lindiwe would never be against is her husband, there's nothing she wouldn't do for him. 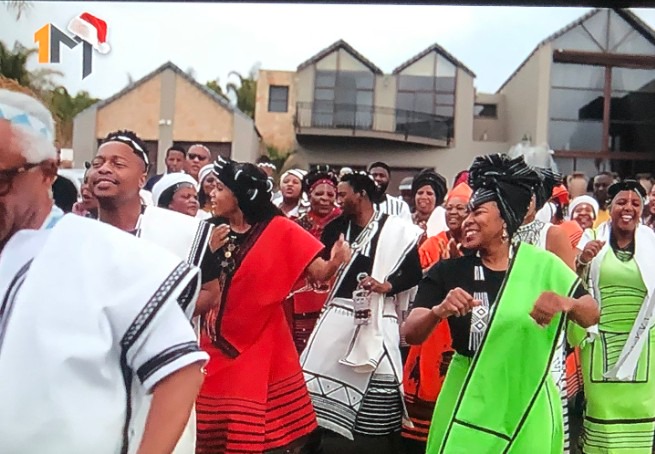 This week they're celebrating the wedding ceremony of Andile and Njabulo. Andile is Lindiwe's gay son. Lindiwe might have had a problem with her son being gay when she first found out but she's learnt to embrace it and accept it. 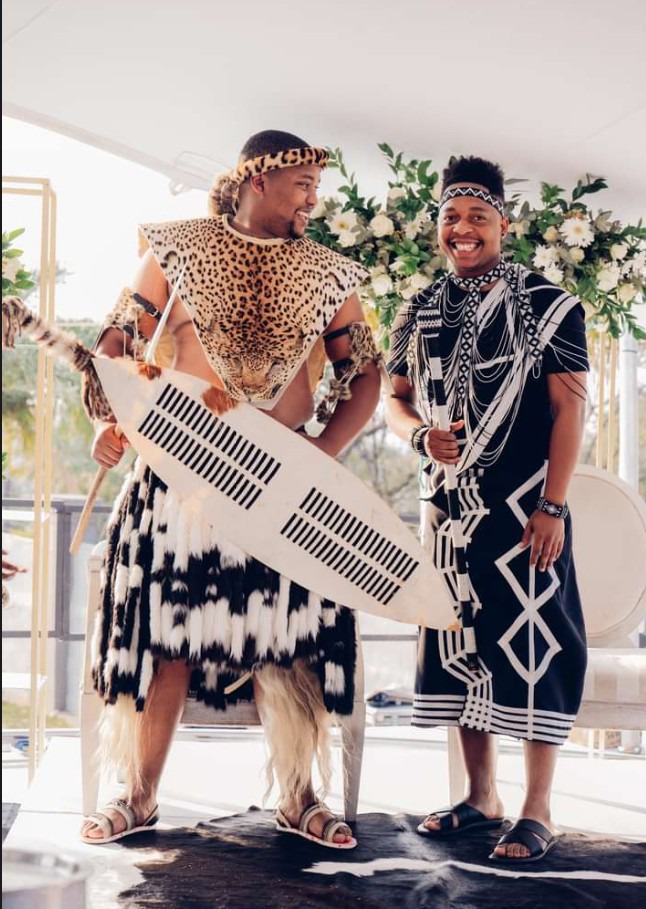 Andile and Njabulo tied the knot, although Njabulo is doing it so Andile doesn't lose himself again but their wedding celebration was beautiful. The cast were in their full traditional gear. The Dikanas are Xhosa and Njabulo Zulu so it was those cultures being embraced on the show. However it isn't the groom's attires that stole the show but Lindiwe's second dress. 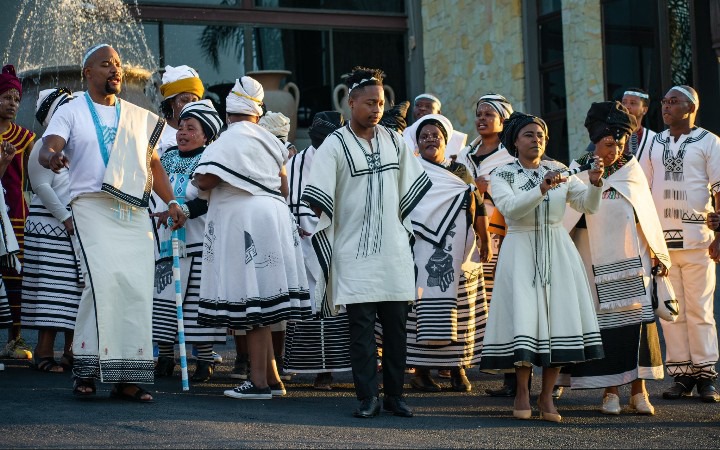 Lindiwe's second dress stole the show, it was extravagant there's no way possible that she would go unnoticed. Everyone was impressed by it especially her husband Zweli. When Lindiwe came out it was Zweli who praised her first. It's always lovely how Zweli isn't afraid to let his woman shine. Lindiwe made it a point that her presence was felt. This is the dress: 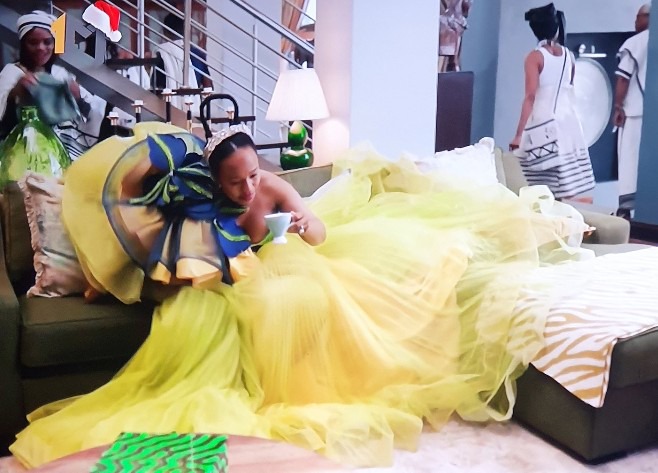 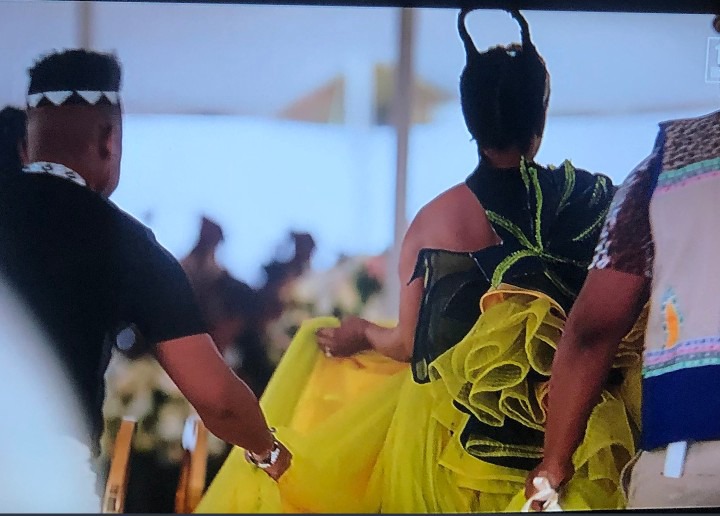 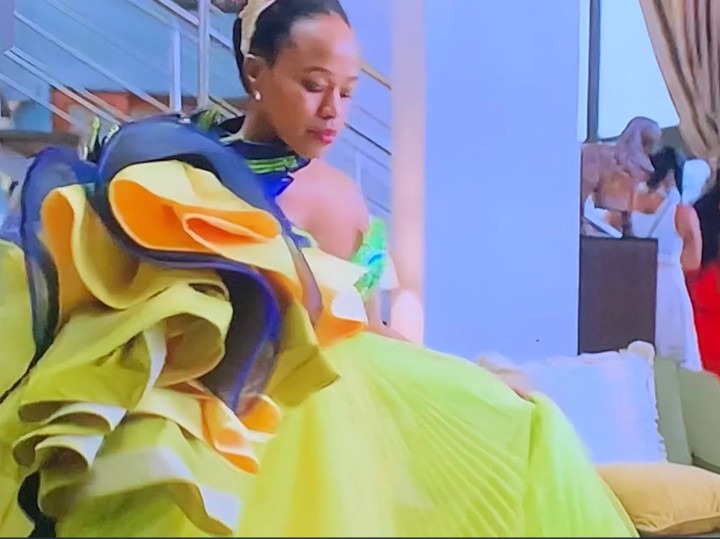 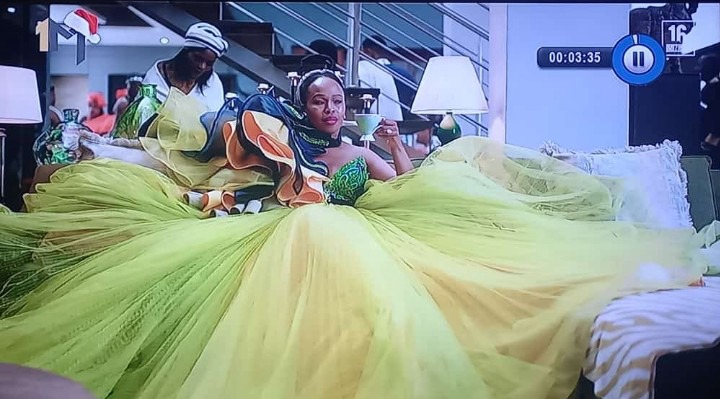