NB: This article is not intended to disparage the character of the artist below; rather, it is based merely on rumors and differing viewpoints.

A brief video of Young Stunna driving has leaked on social media, causing controversy in the comments area and dividing people.

Young Stunna is without a doubt one of the best male amapiano female vocalists South Africa has to offer right now. He has proven to be excellent at what he does by releasing hit after hit, including, to name just a few of his songs, "Adiwele," "Bathini," "Sentha," and many others.

Additionally, he has worked with some of the most well-known figures in the music business, like "Kabza de Smallz," "DJ Maphorisa," "Skroef28," "Bxckie," and others

It's also a well-known fact that he is the center of attention, and that not only his fans but almost everyone wants to see a glimpse into his daily life. However, not everything that is said about him will be accurate.

Having said that, a video of Young Stunna in a car made its way onto Twitter. In the clip, he is seen listening to music until he eventually touches his mouth, at which point some people infer that he is using drugs.

However, the majority of the audience agreed that he was simply wearing his grill and not using drugs.

Tell us what you think happened in that automobile after watching the video below.

Young Stunna was raised in a Christian household and frequently participated in the church choir. She was born in Daveyton, South Africa. His father operated a saloon with a jukebox, and his mother sang. Weekends at the tavern exposed him to a wide range of music, including RnB and Kwaito. 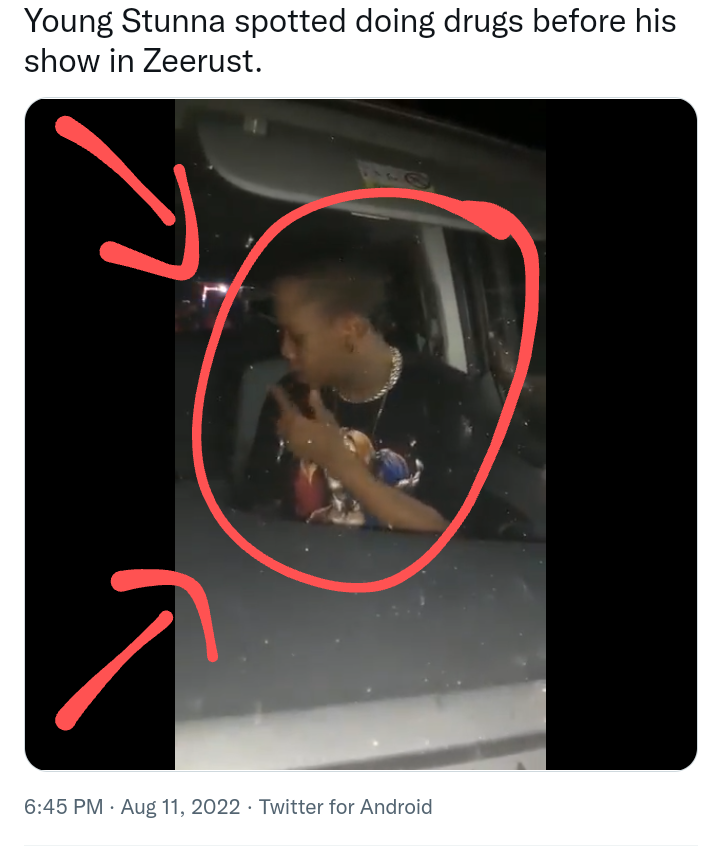 You have just reached the end of the article .

A Vehicle Was Recovered Like This In An Hour After It Was Stolen.