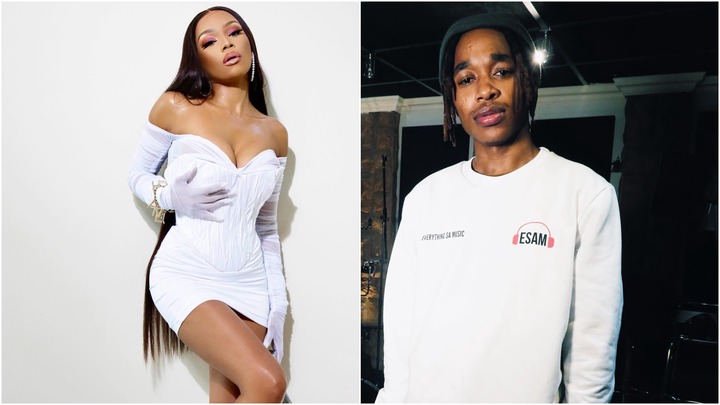 It was a hard day for podcast when the court made and example of one of them. The point was, they cannot just say anything about anyone.

The Controversial motormouth podcaster Rea Gopane will have to spend the next 30 years paying Bonang Matheba a sum of R10 000 per year after losing a defamation lawsuit. The judgement was handed down at the High Court of Johannesburg on Friday the 28th of January. It must also be noted that, this amount does not include interest and costs for Bonang’s lawyers who dealt with the matter. Knowing Bonang, the amount must definitely be eye watering.

The media trend setter, social media personality and business woman just to name few of her titles sued Rea for defamation of character. The laws suit took off after he claimed that Bonang Matheba introduced ex-boyfriend, rapper Kiernan ‘AKA’ Forbes, to cocaine. Rea made the accusation during his podcast, Everything SA Music TV.

“Scoop told us that AKA is on cocaine, and Bonang is the one that got him into cocaine

Unfortunately for him, this was not one of the things Bonang would ignore. In the following days she expressed that she was not happy about what the podcaster had said. She then asked the podcaster to retract his defamatory accusations and apologise publicly.

However, just like we all expected, Rea did not meet Bonang’s full conditions and l forced the media personality to take legal action against him. On Friday, Bonang announced on her tweeter account that she had won her lawsuit and that Rea will have to pay her R300 000 in damages.

Bonang released a statement regarding the incident in which she said, she is not interested in the money and will be donating all of the R300 000 from Rea to charity. She insisted she only wanted to make a point against individuals like Rea Gopane, who use public platforms to humiliate, defame and cyberbully other people.

PAINFUL: See What People Were Doing When A Zimbabwean Man Raped A Lady In Public At Limpopo.

Ex-Chiefs player retires from International football, See who is it

One of My Greatest Temptation

Top Criminal Offender Has Been Arrested