South African Actress, Television Presenter, Model and Businesswoman Pearl Thusi. The 33 year old has been a true definition of hard work. She has been able to build her career both nationally and internationally. 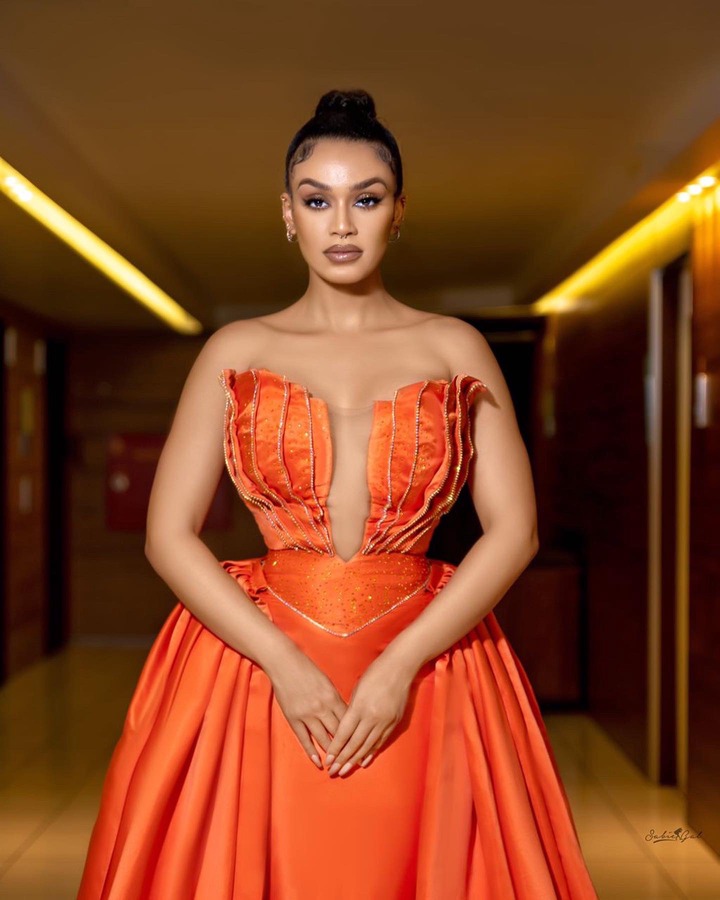 Pearl has worked very hard to put her name on the map. She has sealed her career in the film and television space. She has appeared on television shows such as Isidingo and Zone 14. She has since then built her career to greater heights of and sealed her career in the movie and series space and appeared on international movie series such as Quantico, The ladies detectives, Scorpion King and Queen Sono. She also has movies under her belt such as catching feelings, Kalusha and Bullet Proof 2.

Pearl Thusi recently ventured into the alcohol business and released her own beverage Gin drink call the Black Rose. The drink has been sold out in most of its outlets and one could not be even more proud of Pearl.

Pearl recently took to twitter to tweet about her disappointment in men, in defence of Amanda du Pont and stated that man never want to take accountability for their actions. 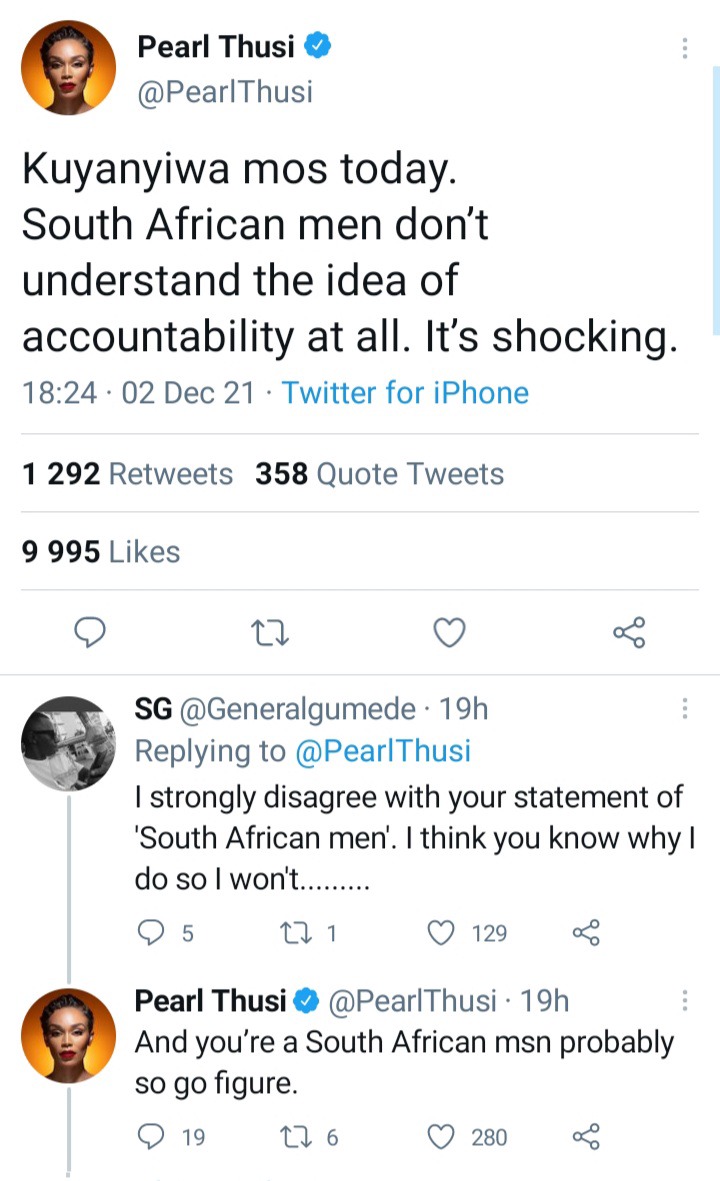 Things took a different turn when people mentioned that Pearl is exactly the same because she sided with Euphonik when it was alleged that he abused Bonang and called her Hlanyo. 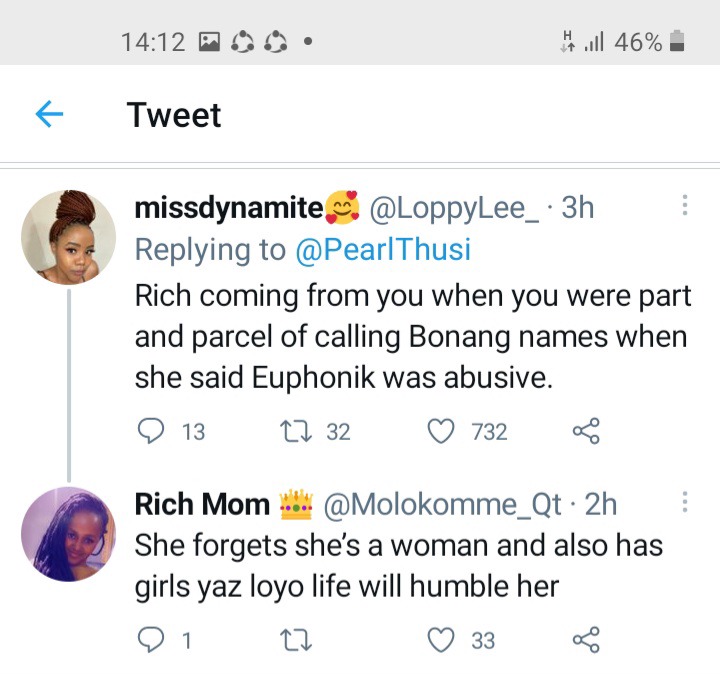 Is Pearl being two-faced or has she grown and realised her mistake?

These Designs Failed So Hard They Need To Take A Supplentary Exam.