Robert Marawa opens up on the relationship with Pearl Thusi 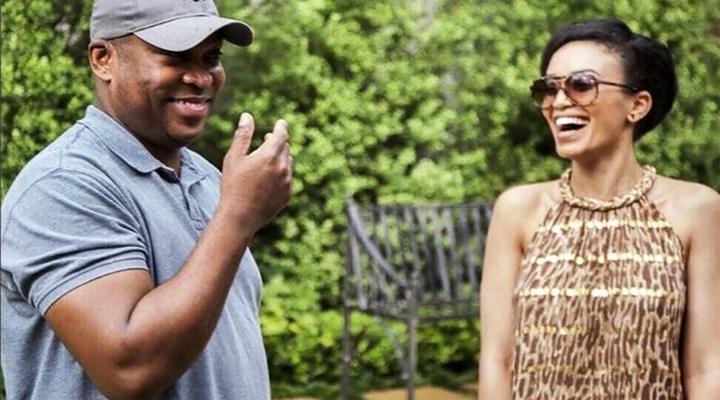 After their split in 2017, sports announcer Robert Marawa recently opened up about his romance with actress and media personality Pearl Thusi.

Robert recalled Pearl Thusi commenting about their break-up on Mac G's show in an interview with Podcast and Chill, and stated they had recently engaged in a dialogue because they are still on good terms.

"She's right, the relationship came to an end. Mutual regard has always existed. "Actually, we just spoke the other day," he explained.

The former Metro FM host hinted that he had devoted far more time to his job than to relationships, but that he enjoyed about Pearl.

"With Pearl, there was mutual respect. When she was in New York, she also got the role of Quantico, which was a good thing since I've always known that the one thing that has drove her career is to one day hold a statue... an Oscar or anything."

Watch the interview below: https://www.youtube.com/watch?v=UhZ8gedzlxw

The two media stars tried to keep their relationship under wraps until they made their first public appearance as a couple in 2016 at the annual Vodacom Durban July.

Even after their breakup, Robert has always maintained that he remained friends with Pearl.

"I can confirm that our connection with Miss Pearl Thusi ended a few months ago, as gossip has it. "However, we continue to be excellent friends," he wrote at the time.

Many of Robert and Pearl's admirers were disappointed by their breakup, since they had thought the couple would eventually marry.

Robert claimed the separation is "what it is" during an interview on East Coast Radio at the time.

"I never discuss about my personal life, but I felt compelled to confirm it in order to protect both families." People can twist things and write things that aren't real if you don't own your space."

When asked how he was feeling, he replied that he awoke "feeling terrific" and that he owed the country no information about his personal life.

"It's none of the people's business," he remarked, adding that the only thing he owes South Africans is the work he does on television and radio.

Pearl Thusi opens up on why relationship with Robert Marawa ended

The actress discussed a variety of topics, including her personal life and her preparations for her daughter if she is unable to care for her. Even though the host was hesitant to ask the actress about her previous relationship, he was surprised to learn that she was open to discussing it. "Says the actress:

Pearl Thusi, a Mzanzi actress and TV personality, was the guest on a recent episode of 'Podcast and' Chill with Mac G. In the podcast, the actress discussed why she and her ex, Robert Marawa, didn't get along.

Even though Robert and I had a great relationship, it didn't work out for reasons we'd rather not discuss. That wasn't our intention, but it turned out that way. No matter how much you want to stay, you must know when to leave situations.

Don't die in something that isn't good for you; instead, learn from it and move on.

That seems to be the case in all of my relationships. I get to a point where I'm like, "Is this going to be the rest of my life?" – because every relationship is supposed to be about that. And if you say No, you're wasting your time.

When you start to feel uneasy in any situation, it's time to mature. Some people are so afraid of losing their safety and security that they never grow up. And that makes me so sad.

The actress also discussed why the entertainment industry is the way it is now, as well as other topics.

Rendani from Muvhango left a heartfelt message for her real life husband on his birthday.