By Rambado (self media writer) | 1 year ago

The list features 30 of the music industry’s top young musicians, executives, producers and entrepreneurs, selected by a panel of expert judges: superstar Taylor Swift, Artist Partner/Publishing Group founder Mike Caren, singer-songwriter Jill Scott and hitmaker Nija Charles. To be eligible, candidates must be under age 30 as of December 31, 2019, not have appeared on a previous Under 30 list, and show their ability to propel the future of the music industry. 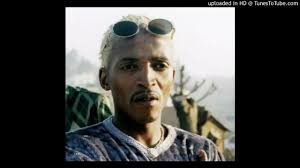 Doja Cat was honored for her song, " Say so" that went viral, getting more than 18 million views. Doja Cat is the daughter of Dumisani Dlamini famous known in South Africa as Chester in Yizo Yizo. But according to Doja Cat, she has never met her father, claiming that he had been trying to get in touch with her for years.

Dumisani Dlamini said, to Mo Flava on Metro FM, "I have been looking for my daughter as well. You mustn't forget these Americans. Americans will always want to have something to cause a stir, so that she stays in the media and is talked about around the world.”