By IceyKing (self media writer) | 17 days ago

Rick Ross' net worth is estimated to be $40 million (R600 million), making him one of the richest rappers worldwide, the rap mogul clearly needed a home to match this. 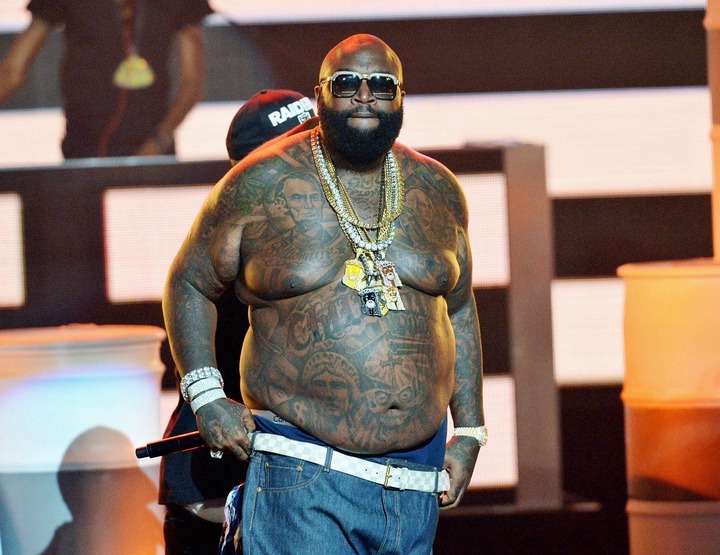 So, in 2014, when he bought this enormous mega-mansion, he did exactly that. 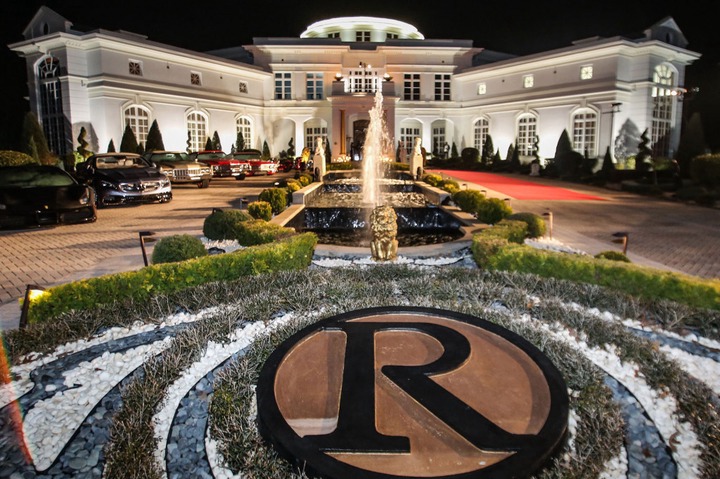 The 1994 construction of the 109-room house in Georgia's Fayetteville County. 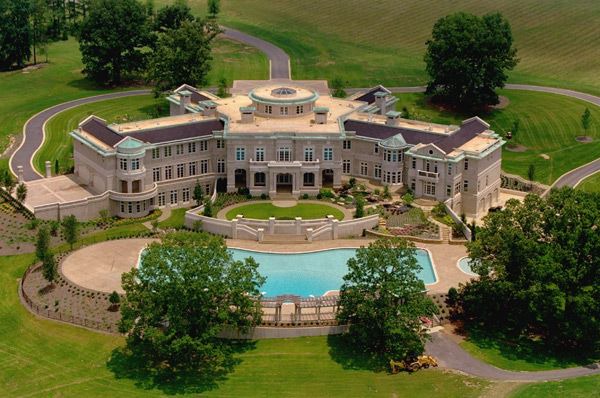 With a size of around 50,000 square feet, the estate is regarded as Georgia's largest single-family residence. 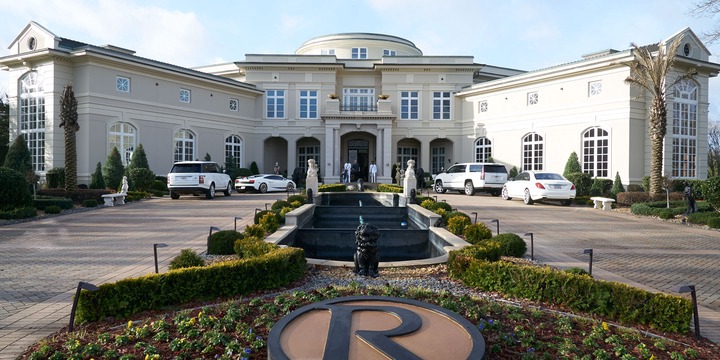 Evander Holyfield, a former heavyweight champion, had to sell the estate to the bank for $7.5 million. 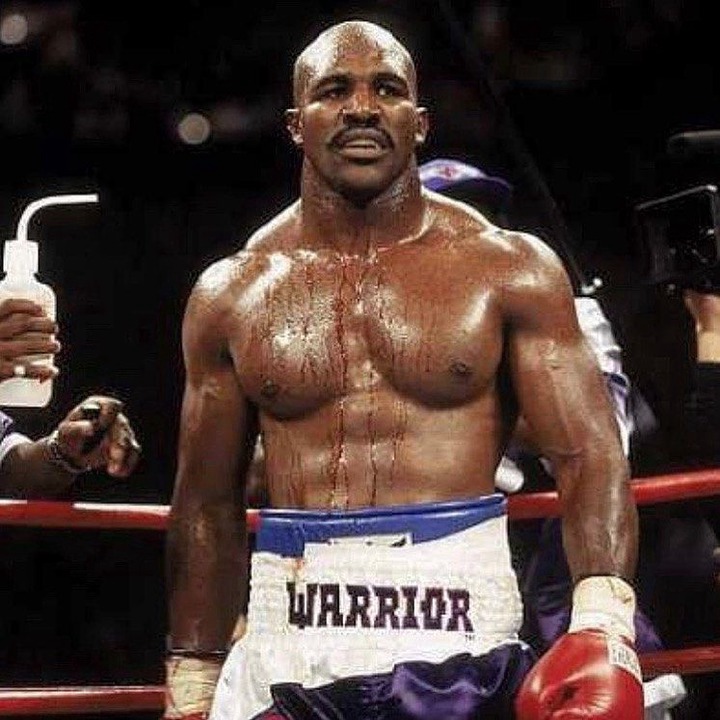 With no takers, it was placed back on the market for $8.2 million with a $2.5 million starting price. In 2014, Rick Ross paid $5.8 million (R87 million) for the home, according to property records. 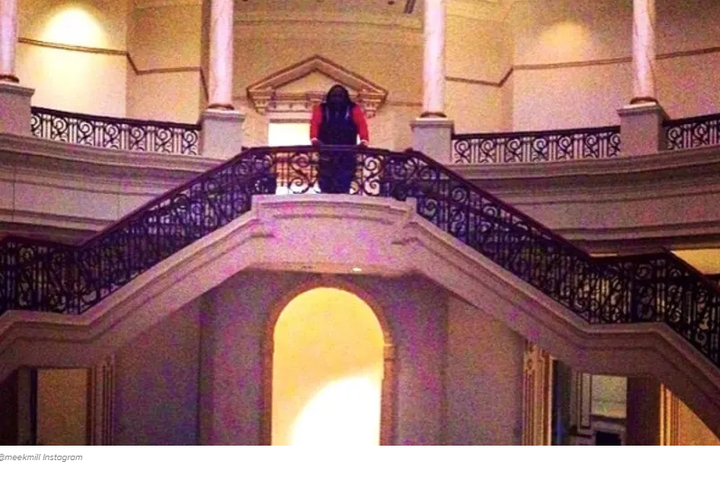 With opulent formal and casual spaces, the house has 12 bedrooms, 21 bathrooms, and 21 bathrooms. 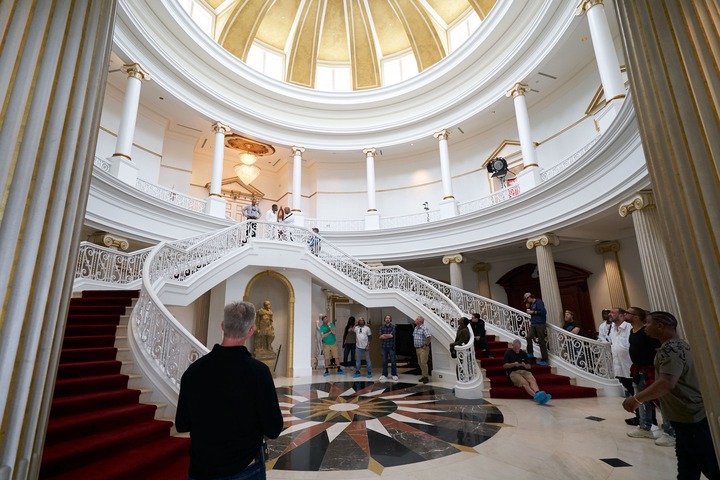 Approximately 100 people may be accommodated in the dining area alone, which has shown on TV programs including "Drop Dead Diva." A sizable banqueting hall is another feature of the mansion. 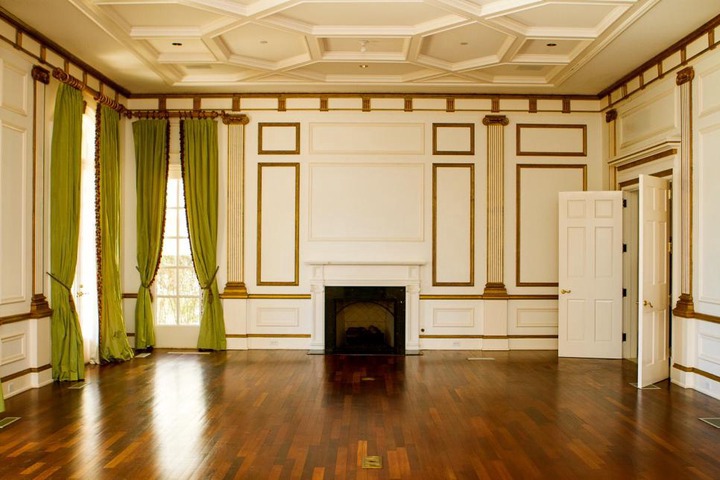 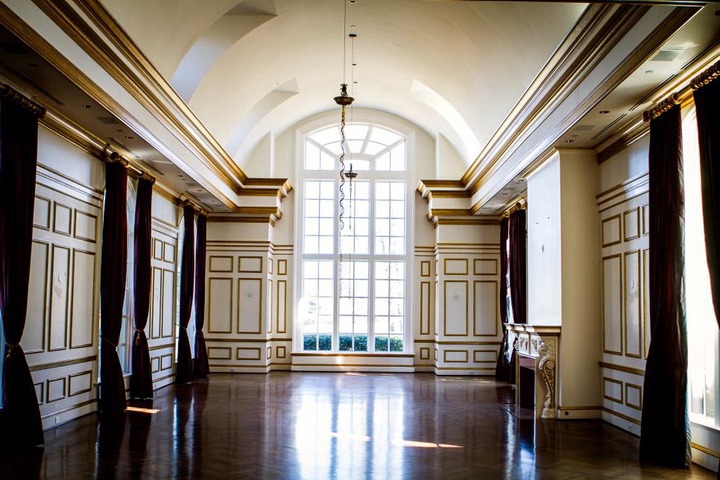 The entire home is decorated with lavish embellishments, including this skylight, which was installed to bring in as much natural light as possible during the day. 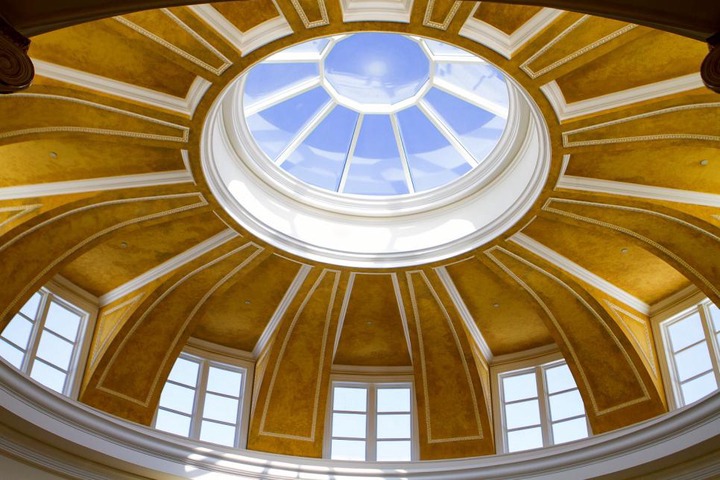 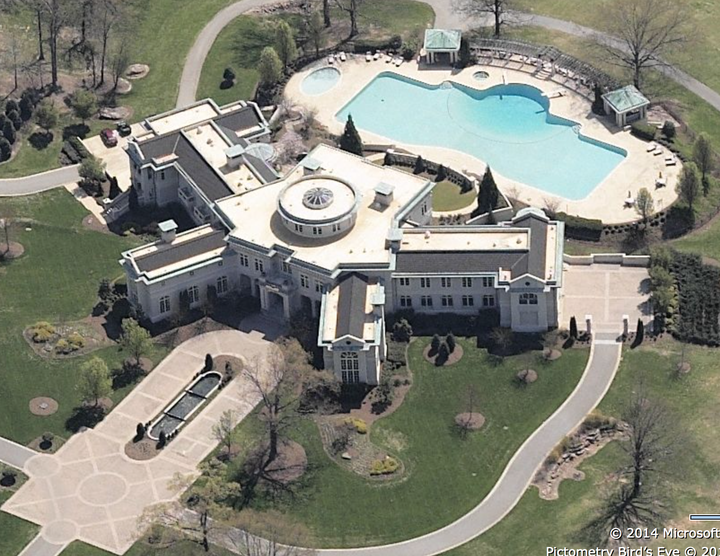 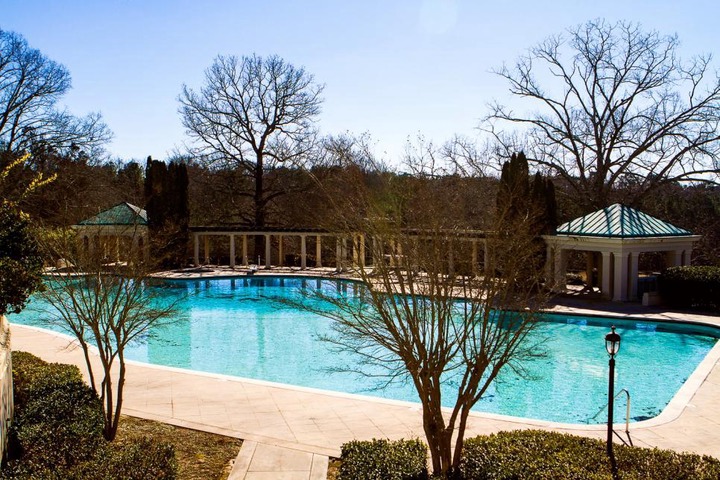 If swimming in the open air doesn't appeal to you, the hotel has a sizable indoor pool. 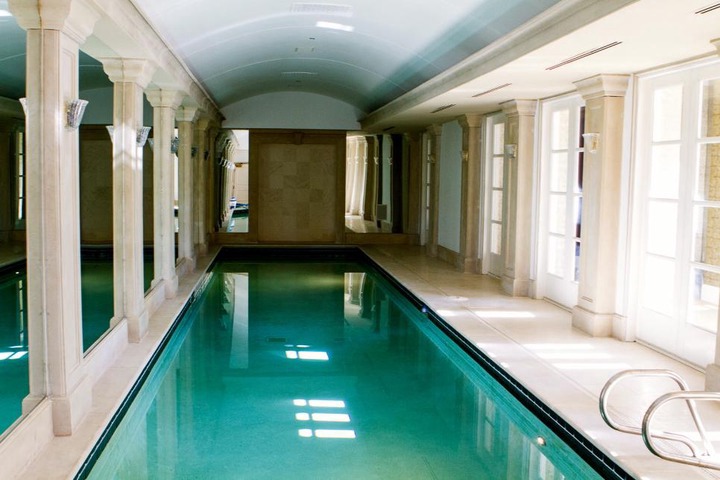 Additionally, it has a softball field, a tennis court, a bowling alley, and an indoor handball court. 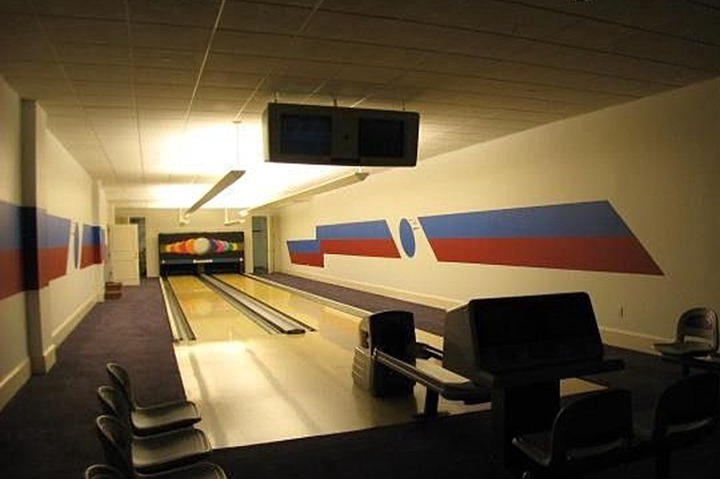 This estate boasts a movie theater with a startling total seating capacity of 135 people, in case you haven't noticed by now.

The estate contains a pond of its own, a baseball field, a tennis court, and a barn with seven stalls for horses. 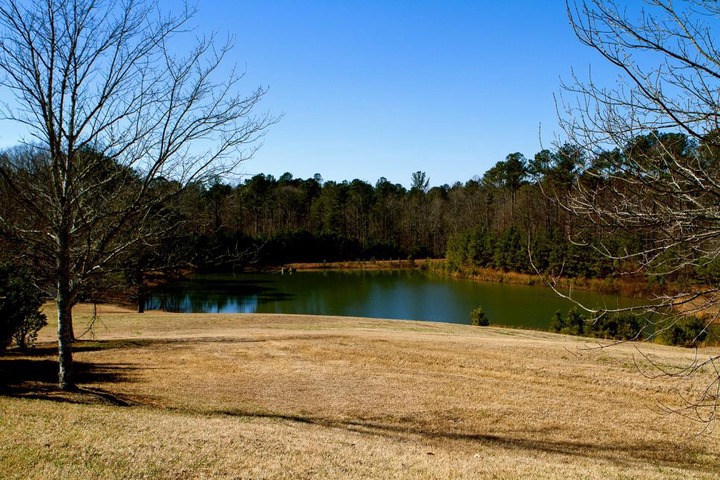 The cost of owning this mega-mansion is high. According to The Atlanta Journal Constitution, Holyfield, the former owner, estimated that the home cost him approximately $1 million (R15 million) annually to maintain, including electrical costs of roughly $17,000. (R255 K). 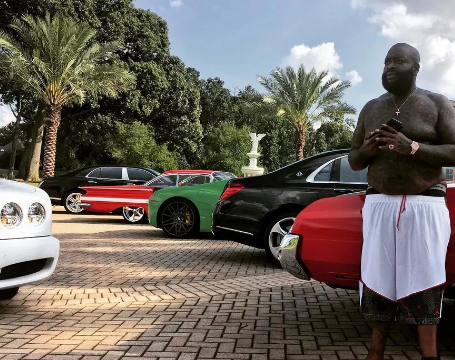 This is a very lovely place to call home, despite the hefty expenditures.

Ross has undoubtedly discovered a way to profit from the property in order to offset the expense. According to rumors, the rap mogul is paying the stars of "coming to America 2" a hefty $2.75 million to rent the property (R41 million). 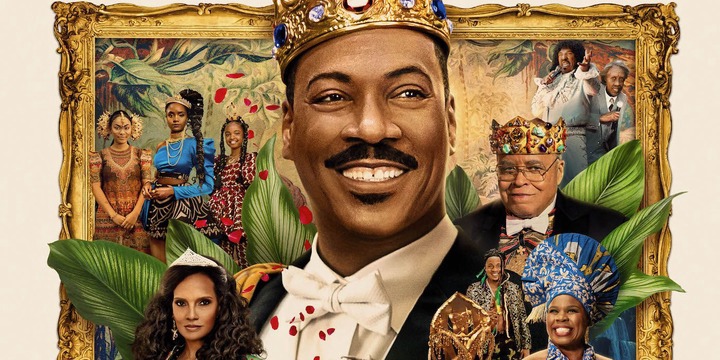 In his "Club Shay Shay" podcast interview with Shannon Sharpe, host of "Undisputed," Ross bragged about his negotiating strategies: 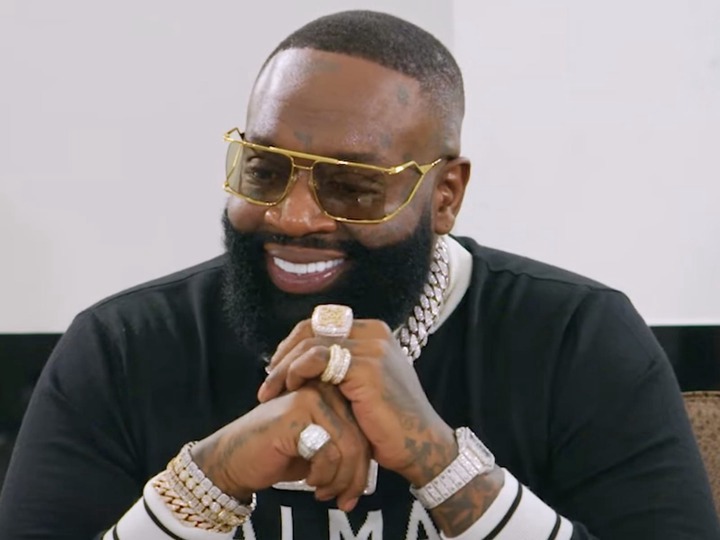 Ross said, "I used to throw a number out there before, and a lot of times, they moved a bit slowly, and I went up on the number, and they met me there.

The young people in your life can find a lot of inspiration and encouragement in The Life of Rick Ross. It takes time to become successful; begin with little steps, and before you know it, you'll be able to exhale to the heavens.