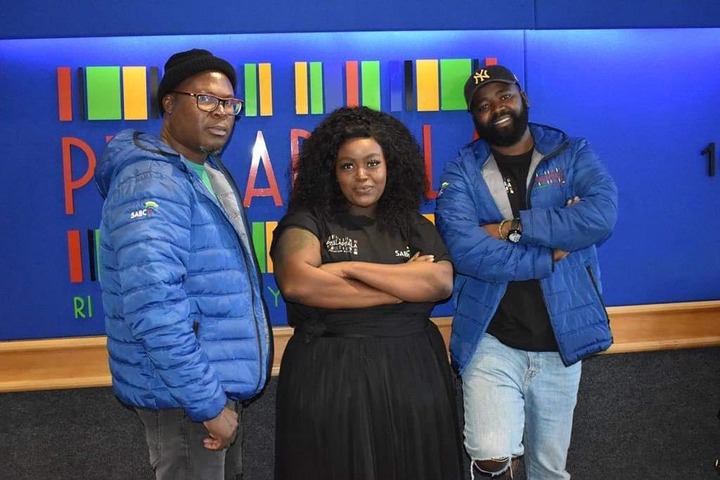 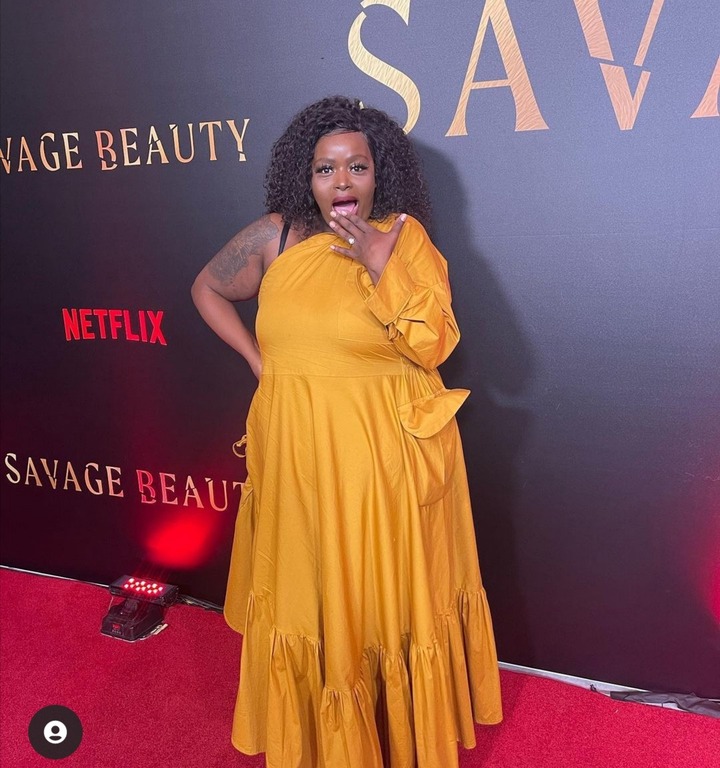 South African actress, Vele Manenje was at the the prime of her career last year, in 2021 and she certainly had no plans of slowing down. 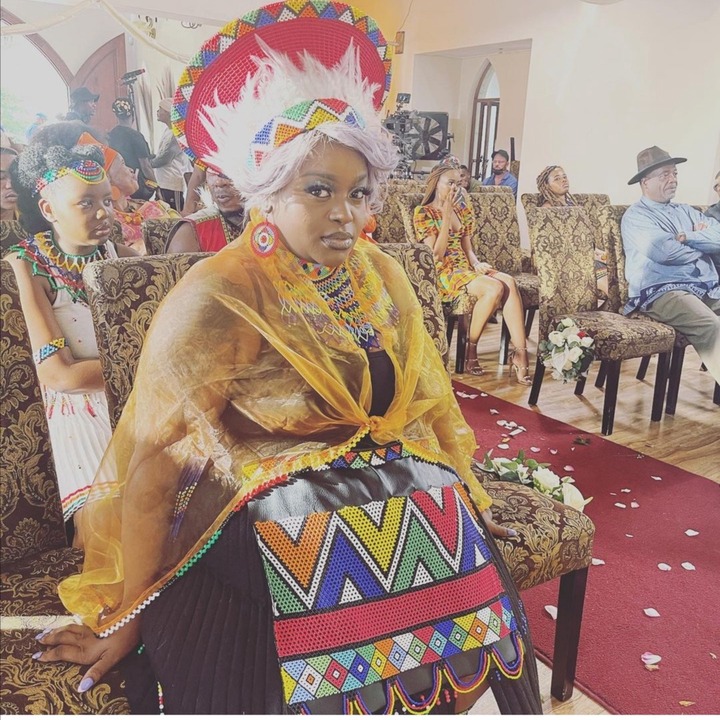 From last year, the Venda speaking Vele, who is also multilingual, had been juggling a number of roles in three TV shows, playing in different channels. On kykNet’s “G.I.L”, she portrays a role of Princess Mohandi, a Xhosa security guard. On Mzansi Magic’s “DiepCity”, she portrays the role of a shebeen queen, who is also married to a township thug. She is also known as a Pedi woman, called Evelyn on SABC1’s “Skeem Saam”, where she portrays the role of a school teacher who loves speaking English. 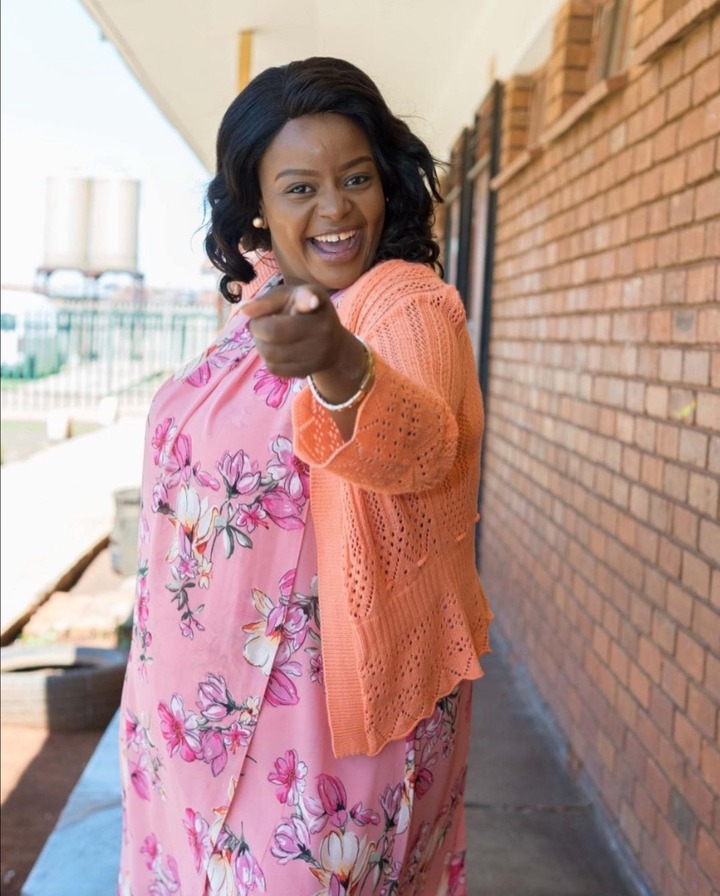 She is currently also a radio Presenter, on SABC’s Phalaphala FM, where she was co-hosting a breakfast show. It has now been reported that she was fired from the radio station. However, she has also came out with her side of the story. She says there is a lot of projects she is currently working on, and she is also a new mother, so juggling everything has become a lot and she has decided to part ways with the radio station. She also stated that there is no bad blood between her and the station. 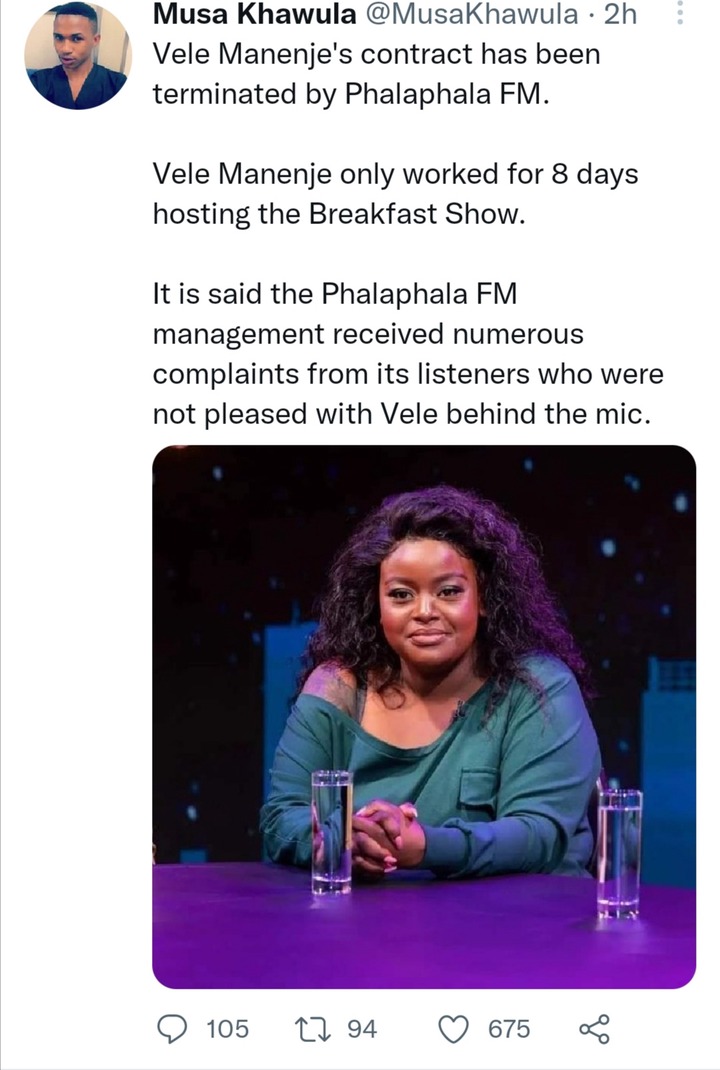 She announced joining the radio station, just 7 days ago, and today she announced leaving the station. Was it really voluntarily? 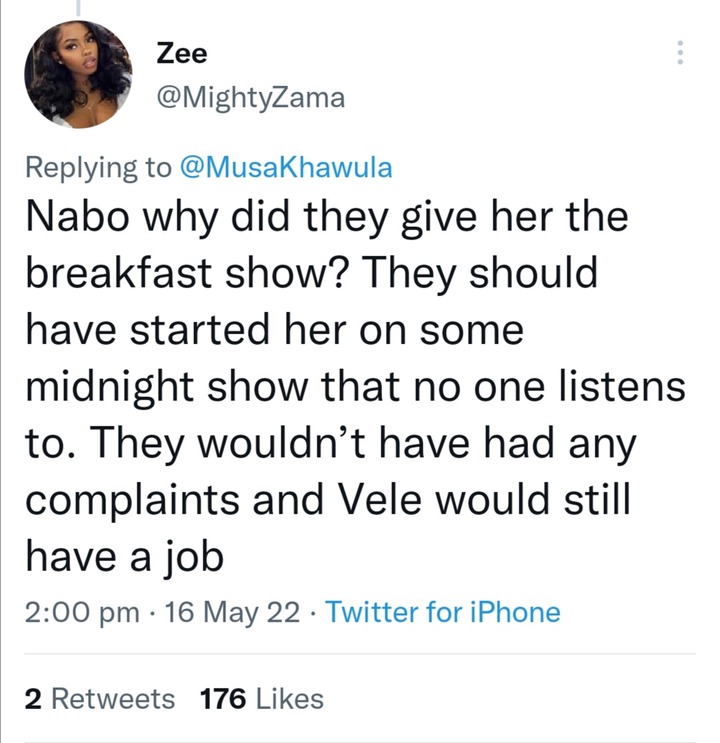 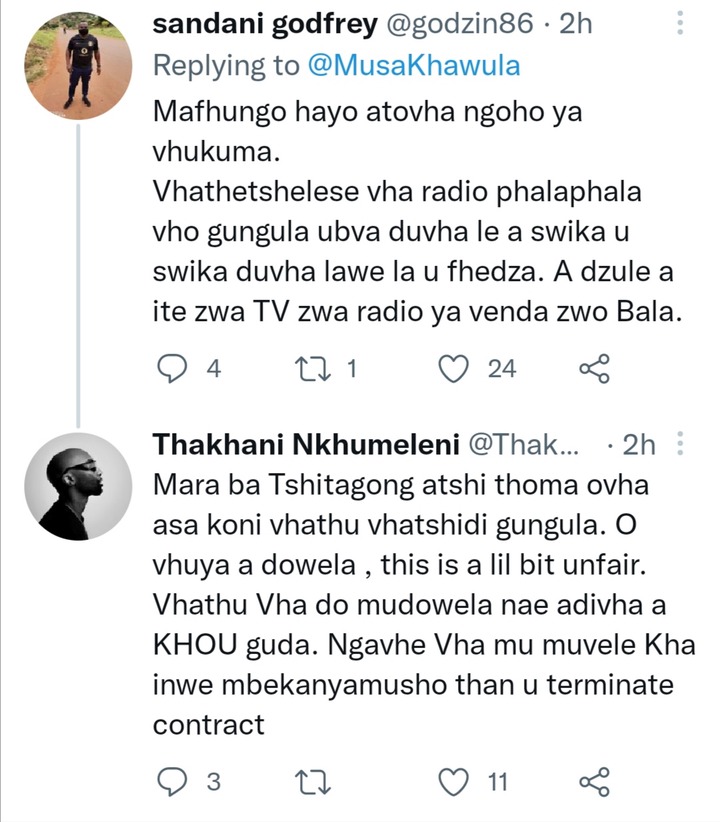