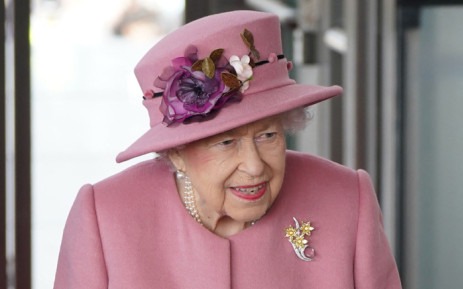 Questions mounted on Friday about the soundness of 95-year-old Queen Elizabeth II after she had tests and gone through a night in clinic, regardless of regal authorities saying she was resting at home.

Buckingham Palace had said on Wednesday morning that the ruler pulled out of an arranged commitment in Northern Ireland and had been encouraged to lay on clinical guidance.

Yet, illustrious authorities had to affirm late Thursday that she had truth be told had "some fundamental examinations" in medical clinic on Wednesday, and remained for the time being, after The Sun paper broke the news.

She got back from King Edward VII's Hospital in focal London to her Windsor Castle home west of London and was supposed to be "feeling great".

England's Press Association news office said the clinic visit and stay was not at first revealed on the grounds that it was relied upon to be short, and to secure her protection.

She remained for the time being for "commonsense reasons", said to be on the grounds that it was past the point where it is possible to make the 42-kilometer trip back to Windsor.

The Queen has recently been treated at the select private facility, which is known for treating the illustrious family, remembering for 2013 for gastroenteritis, when she additionally remained for one evening.

The advancement follows a few occupied a long time during which the ruler embraced in excess of twelve public commitment, including facilitating a gathering Tuesday for worldwide business pioneers at Windsor Castle.

'Bits of hearsay AND MISINFORMATION'

Royals creator Robert Hardman told the BBC there would be "a gentle level of aggravation at the royal residence toward the beginning of today" that information on the sovereign's short-term medical clinic stay had become public.

"There's a worry to keep up with the nobility of the workplace," Hardman said, adding authorities had likely dreaded "tremendous banks of cameras and 24-hour news setting up external the medical clinic".

In any case, veteran BBC imperial reporter Nicholas Witchell said regal authorities "have not been giving us a total, sensible image of what has been happening".

"Reports and falsehood multiply (and) flourish when there is a shortfall of good, proportionate, reliable data.

"We should trust that we can depend on what the royal residence is currently telling us," he added, considering confirmations that the sovereign was feeling great "a helpful expression that the castle tidies off at minutes like this".