By Sielani (self media writer) | 2 months ago

During the course of the week, Boity was a guest on Mihlali Ndamase's YouTube channel called Cocktail hour with Boity. They were having having normal chit-chat girl conversations where they told much about several things. One of which caught people's attention that lead to both Boity and Mihlali to trend on Twitter. Basically, Mihlali claimed that she was once given 50k girlfriend allowance which on her eyes it was very cute to get that sum. 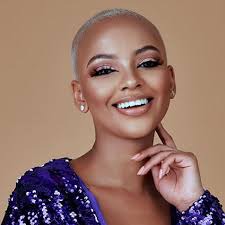 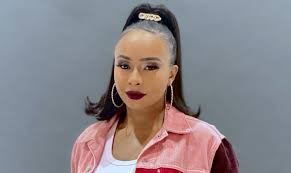 Obviously after watching that video and know how South Africans are on Twitter, it was not surprising that she was going to make headlines because what she said was really shocking it was beyond normalcy for a person to get 50k just by being someone's else girlfriend. I never anticipated that also Boity was going to trend but surprisingly she did. Most people were amused with Boity's reaction after hearing what Mihlali said. She ought never flinched and not even shocked nor surprised that she was given that some. Many were saying that she didn't flinched because she's a celebrity and that it's normal for people who have money to not be moved. 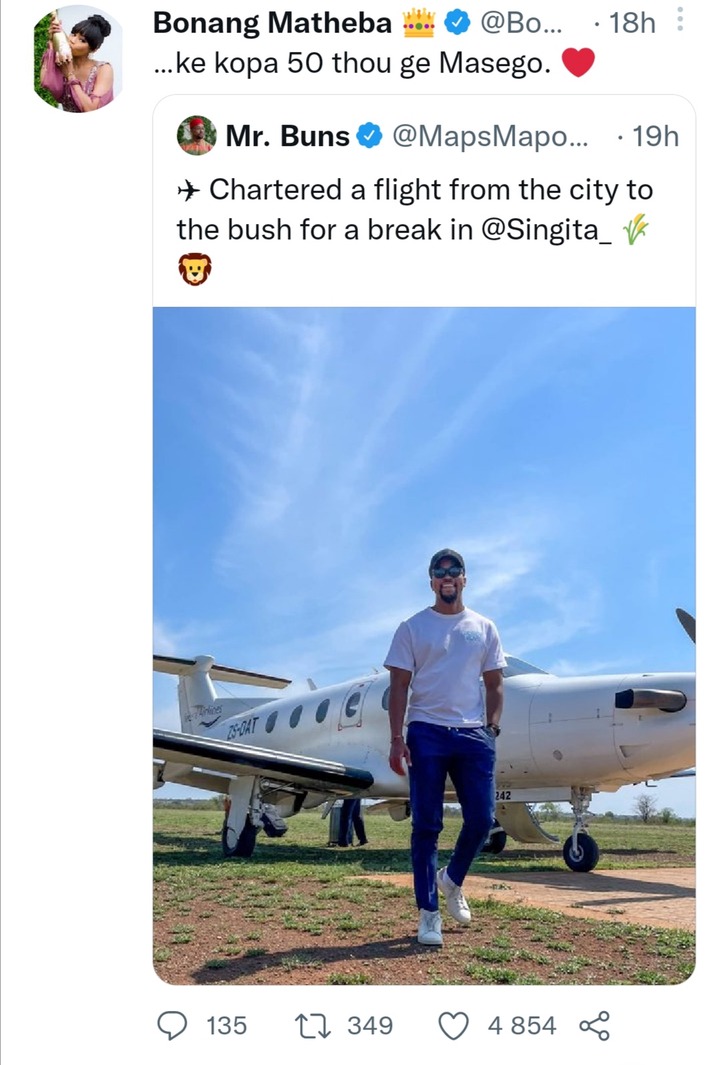 Recently, Bonang matheba retweeted Maps Maponyane tweet where he posed on a picture in front of a Helicopter that is captioned "Chartered a flight from the city to the bush for a break in @Singita_. This is the life you can only dream of as an ordinary person but we love to see him happy and having he's time of his life. Bonang retweeted and said" Ke Kopa 50 thou ge Masego". This really looks like a substantial diss to fellow celebrity friends as you know both Boity and Mihlali are good friends. You must be thinking how is that a diss, the are previous that Boity was dating Maps Maponyane as from last year, so it makes sense how she jokingly asked Maps for 50 thou. 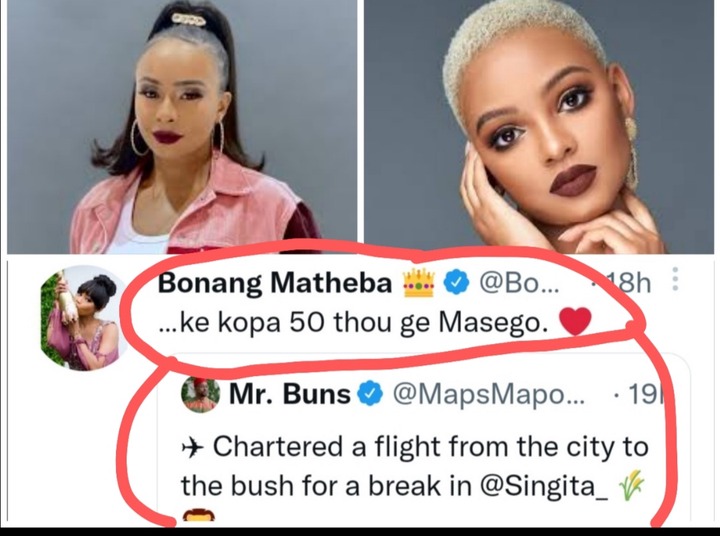