Watch: After Black Coffee posted this picture Mzansi noticed something

By MrBestie (self media writer) | 17 days ago

DJ and record producer Black Coffee is from South Africa. The Eastern Cape town of Mthatha is where he was raised as Nkosinathi Maphumulo. He was born on March 11th, 1976 in Durban, South Africa. he wed Mbali Mlotshwa in 2011. It's no surprise that one of Africa's most popular DJs is situated in Johannesburg.

Maphumulo grew up listening to reggae music from his uncle, who had a large collection of the genre. After his parents' divorce, he and his mother relocated to Mthatha, an impoverished township in the Eastern Cape. At some point two years later, on the day of Nelson Mandela's liberation from Robben Island, Maphumulo was injured by a taxi driver who had been enraged by a political protest. Even more dedicated to music than before, he returned to Durban and enrolled in Natal Tech's music theory program, where he studied jazz. For the Red Bull Music Academy, he was one of just two South Africans to be accepted in 2003. When DJs at Work's album included his song "Happiness," he had his first major break.

With the release of Black Coffe's self-titled 2005 debut eponymous album, the hard-edged and soulful house music he was known for was introduced without ever stooping to clichéd "soulful" or Afro house clichés. He became a household name in South Africa as a result of the album and his electrifying DJ sets. From 2007 through 2013, he churned out four albums: Have Another One, Home Brewed (2009), Africa Rising (2012), and Pieces of Me (2015). At the 2013 South African Music Awards, he won the Best Dance Album Award for his album Africa Rising.

Watch after this guy asked Black Coffee a question check out his reply and they put him in his place after being rude. 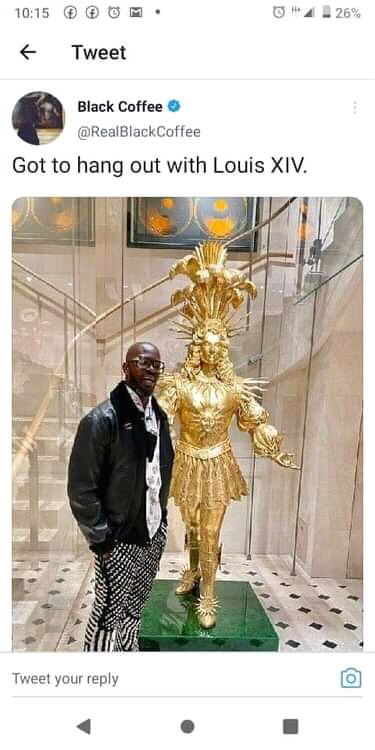 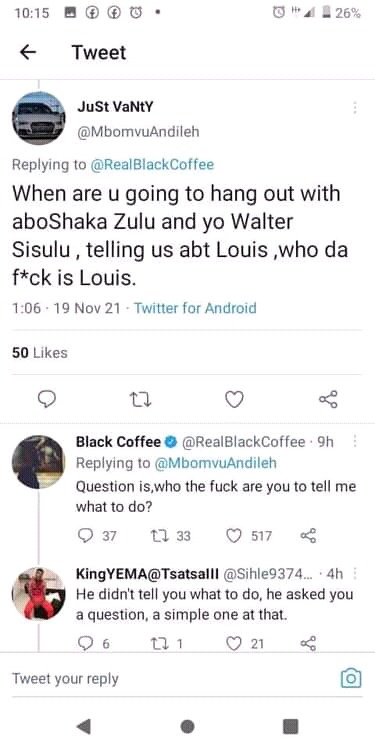 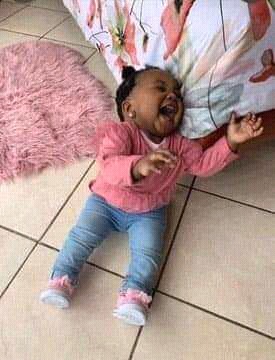 Urgent NCCC meeting to be held today, this might be the outcome