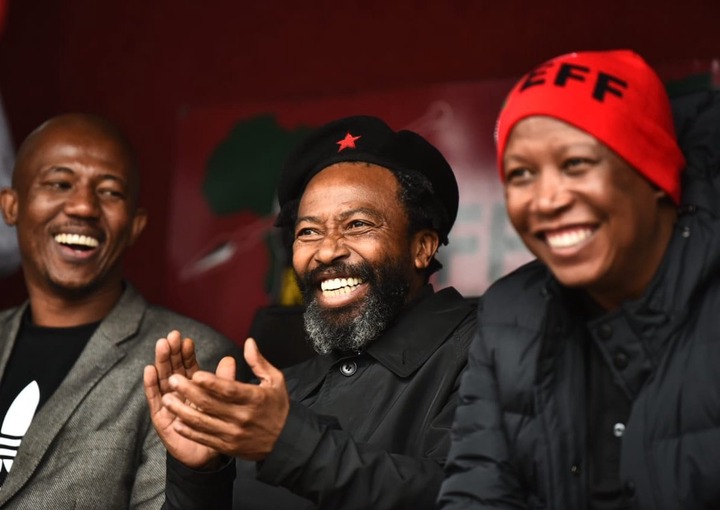 AbaThembu King Buyelekhaya Dalindeybo will now be moving around his kingdom in a new set of wheels which he received from the Economic Freedom Fighters leader, Julius Malema.

King Dalindyebo was a special guest at a rally held by the EFF in Mandela Park, Mthatha on Sunday as part of its campaign for the local government elections. 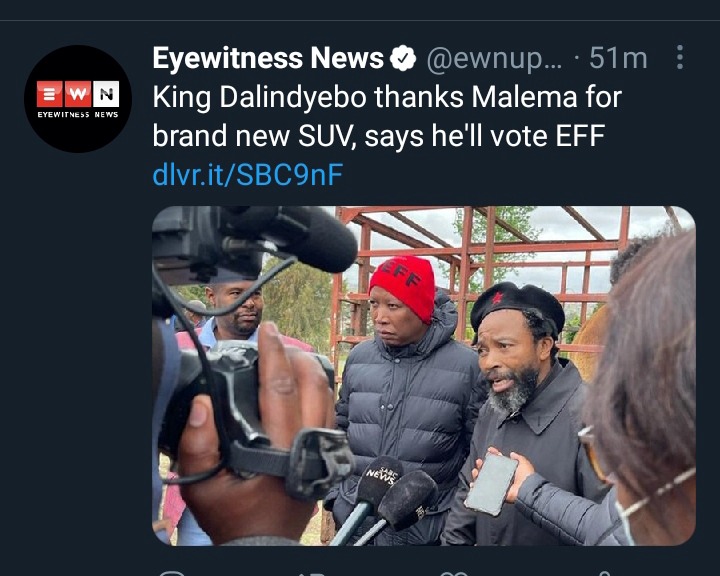 The AbaThembu King while addressing the EFF supporters revealed that he will be voting for the EFF and encouraged people to do so.

"King Buyelekhaya Dalindyebo attended a meeting CIC @Julius_S_Malema held with the community of Mandela Park in Mthatha. The King has committed to vote for the EFF and encouraged everyone to #VoteEFF," says the EFF.

Julius Malema who is encouraging citizens who want flushing toilets to go out on the 1st of November and vote for the EFF takes swipe at those who are still using pit latrines saying they don't respect themselves if they continue to vote for the ANC.

"No one should get out of a pit latrine toilet to go to the voting station and vote for the same people who do not give toilets. The ruling party disrespects you because you don't respect yourselves," he said.

He adds that the EFF is commited to abolishing the tender system because it has produced criminals and thieves, especially in the Eastern Cape where one of ANC heavyweights, Oscar Mabuyane the Premier of the province is facing charges of corruption after the Public Protector revealed in her report that Mabuyane swindled R450 000 from the R1.1 million which was meant for Winnie Madikezela-Mandela's memorial.

Malema says the EFF will put an end to the "nonsense of the ruling party proposing people with job opportunities."

He says it is also high time that people refuse to sleep with the ANC thugs for jobs. 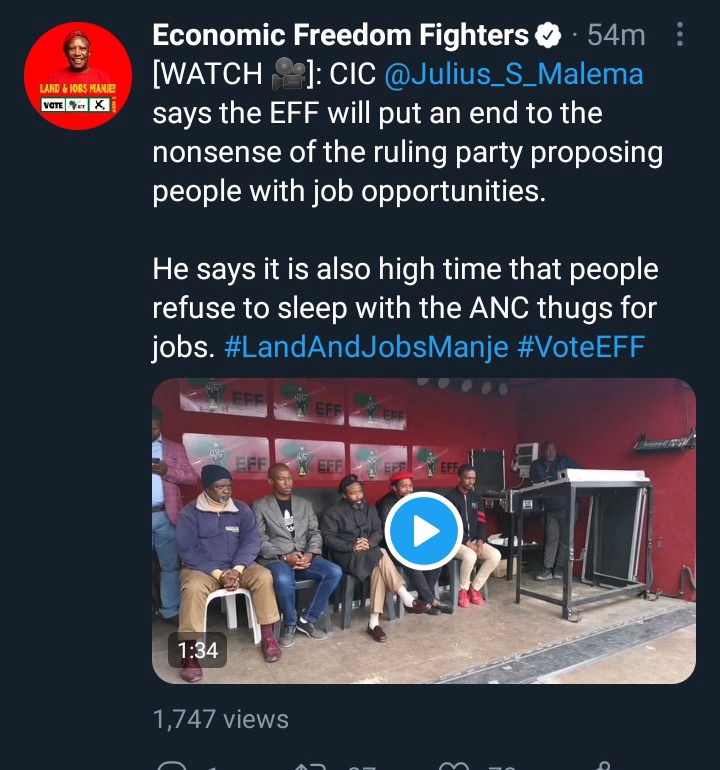