After sending her younger brother 100k instead of 10k by accident, a Nigerian lady published a humorous interaction between the two of them on social media. 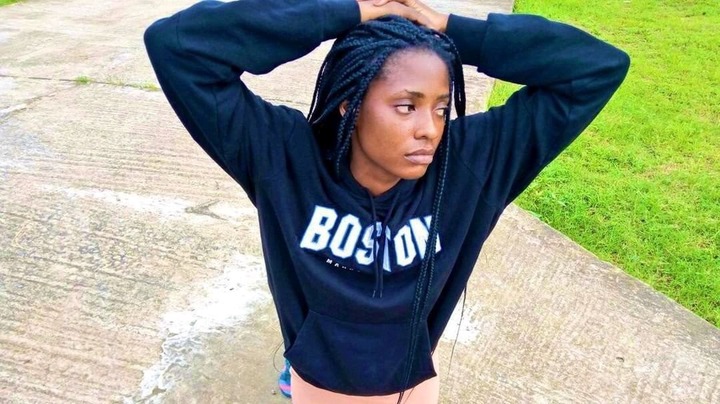 Using the microblogging platform, Twitter, the social media influencer, identified as Omotara Akanni, shared screenshots of their conversation and explained that she had intended to transfer N10,000 to her brother, but had accidentally added an extra zero (0), resulting in her accidentally sending him N100,000. 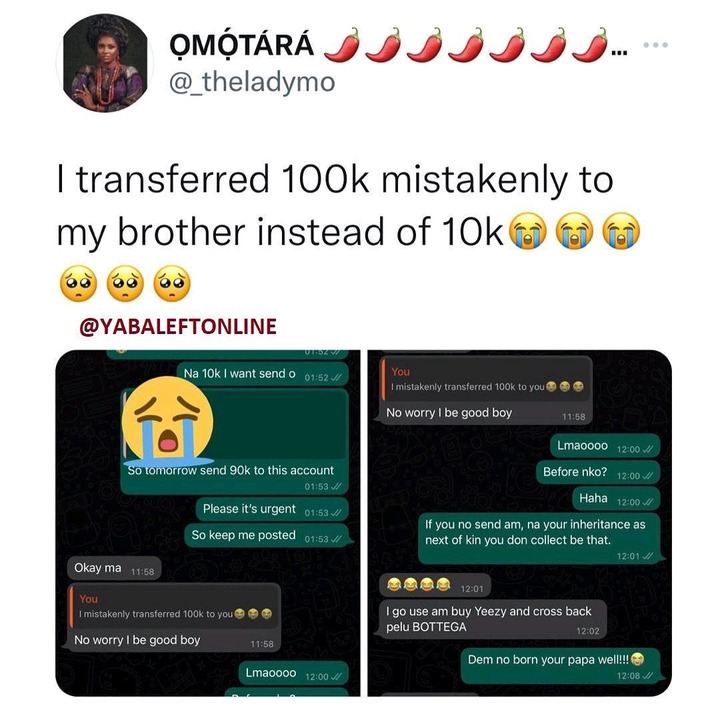 The moment she realized the mistake, she immediately sent him a message asking him to hand back the extra N90,000. What followed was a rib-cracking exchange of emails. In spite of his assurances to the contrary, because he is an honorable young man, the woman threatened him with the prospect of inheriting the money if he did not do so.

You may see screenshots of their conversation further down this page: 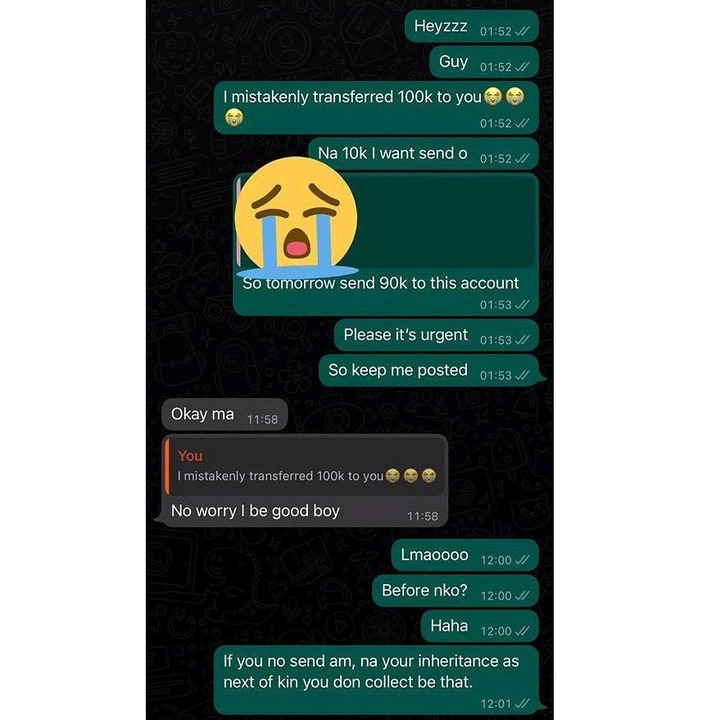 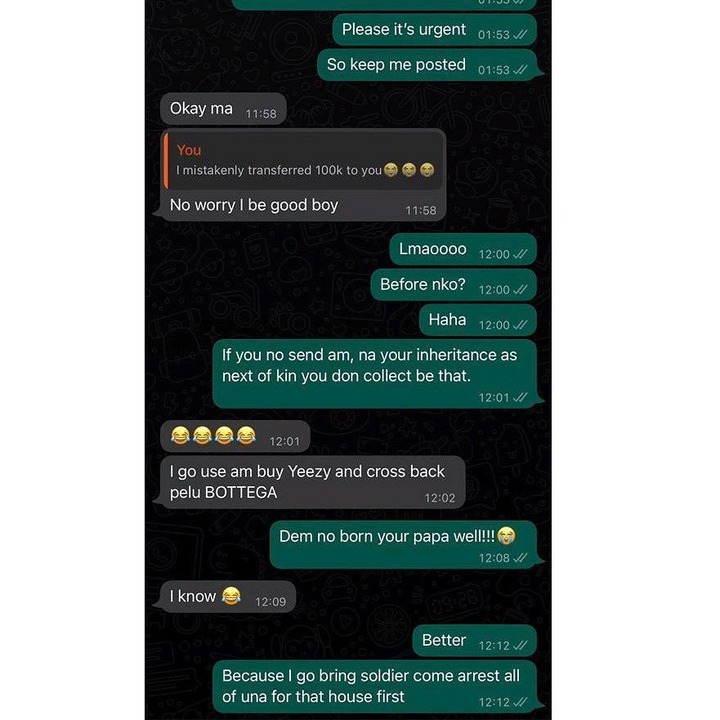 Internet users responded to the tweet by joking about the actions that they would most likely take if they found themselves in that circumstance. 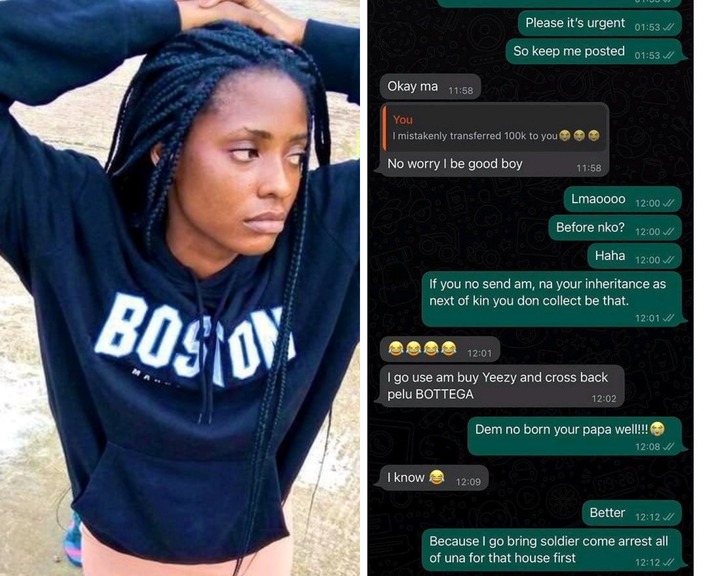 A social media user @mrlilgaga wrote, “I swear my Brother will never send it back and I can’t do nothing phuulish boy will slay on my cash”.