South African Singer and actress Kelly Khumalo's lawyer, Magdalene Moonsamy, has been vocal in her opposition to her life with her family since May last year.

Ms Moonsamy said she, her family and Kelly were eventually forced to tighten security to protect themselves because their legal complaints did not get them the help they needed.

SHe said that since May she and Kelly had been receiving calls telling them to do certain things, which she said she was not prepared to disclose because of their seriousness as there was a case pending in court.

"These calls were from people we knew and did not know, telling us what to do, saying how dangerous our lives would be if we did not want to listen and do what they said," said Moonsamy.

SHe said this was a matter they had reported to law enforcement agencies, hoping they would get justice but to no avail.

“We reported the matter to the court and reported to the police all the threats we received, which we still receive. We know one of them but not the other. We cannot disclose his name at this time, ”said Moonsamy.

SHe said they expected the country's legal system to work on the matter. 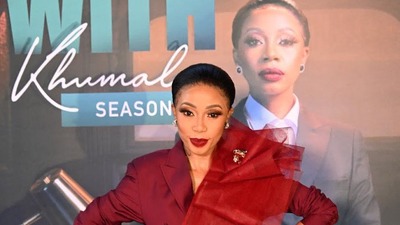 “What we have done so far is to strengthen security in our homes to ensure that we and our families are safe. Although our lives are in danger, we do not allow those who threaten us to take control of our lives, ”said Moonsamy.

In an interview with the television station, Kelly said she was not satisfied with the legal system in South Africa.

SHe said this was because there had been a time when she, her s family and his lawyer, Mrs Moonsamy, felt unsafe.

“The only part I didn't enjoy was the weeding and cultivating. I expected the law to protect me but it failed. South African law has made me feel that I have no right to be protected, ”Kelly said.

Kelly, the mother of the former Orlando Pirates and Bafana Bafana goalkeeper, has revealed that a second docket has been set for her and others in the house on the day of Meyiwa's assassination, with a warrant for her arrest by the National Prosecuting Authority.

Moonsamy said she would gather all the evidence and Kelly said she was waiting for her day in court.