It still feels like a nightmare to many people that Killer Kau is no longer with us. Killer Kau whose real names are Sakhile Hlatswayo passed earlier last month in August after being involved in fatal accident. Killer Kau was a South African musician who specialized on Amapiano. He was one of the youngest musicians who were rising against all odds in South Africa. 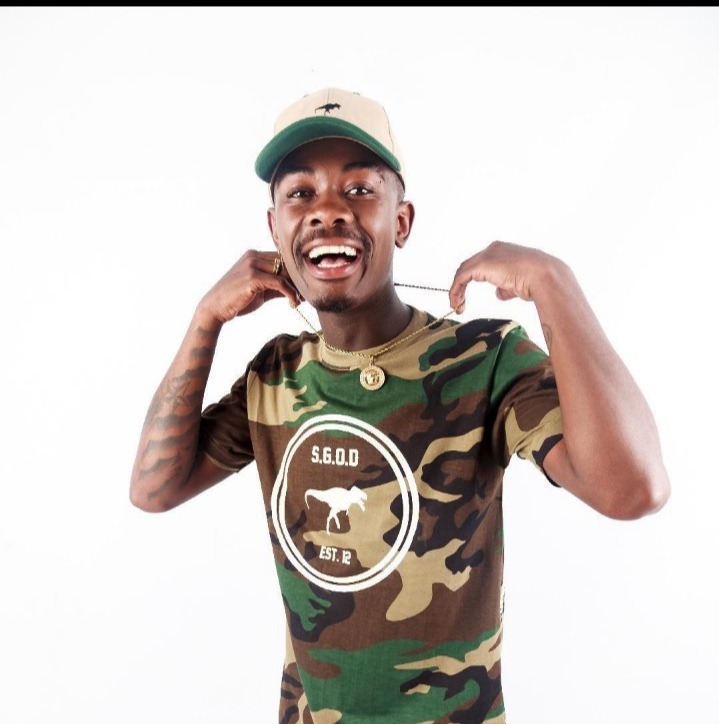 He was a young vibrant and dedicated young man who used to blow the minds of fans away by the music that he used to produce. He got famous after his song " Tholukuthi Hey". He recorded a video singing that song and that's how his career started after he got noticed by DJ Euphonik. In less than 24 hours they recorded the song " Tholukuthi hey". His journey in the music industry is quite interesting and inspirational. 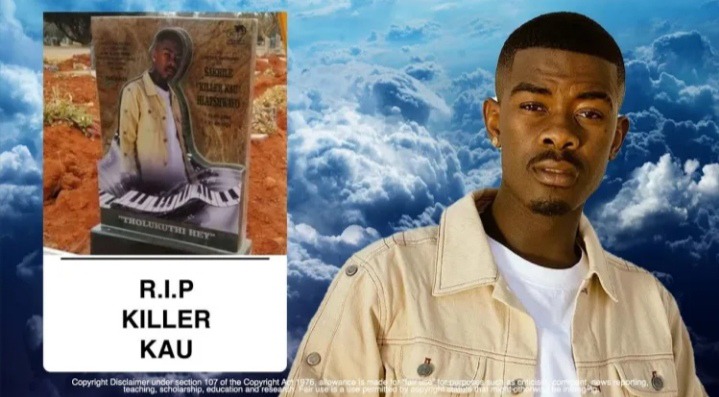 He recorded several songs that blew the minds of people. Some of his songs include " Amaneighbour". Killer Kau passed away alongside Mpura who was also an Amapiano musician when they were on their way to a gig to perform in Rustenburg. Their death really torn the hearts of many people country-wide and indeed their presence is highly missed. A shocking and unexpected revelation has been made. The man who is a prophet known as Rhadebe Lihle on Twitter has made a shocking prophecy about the late Killer Kau. 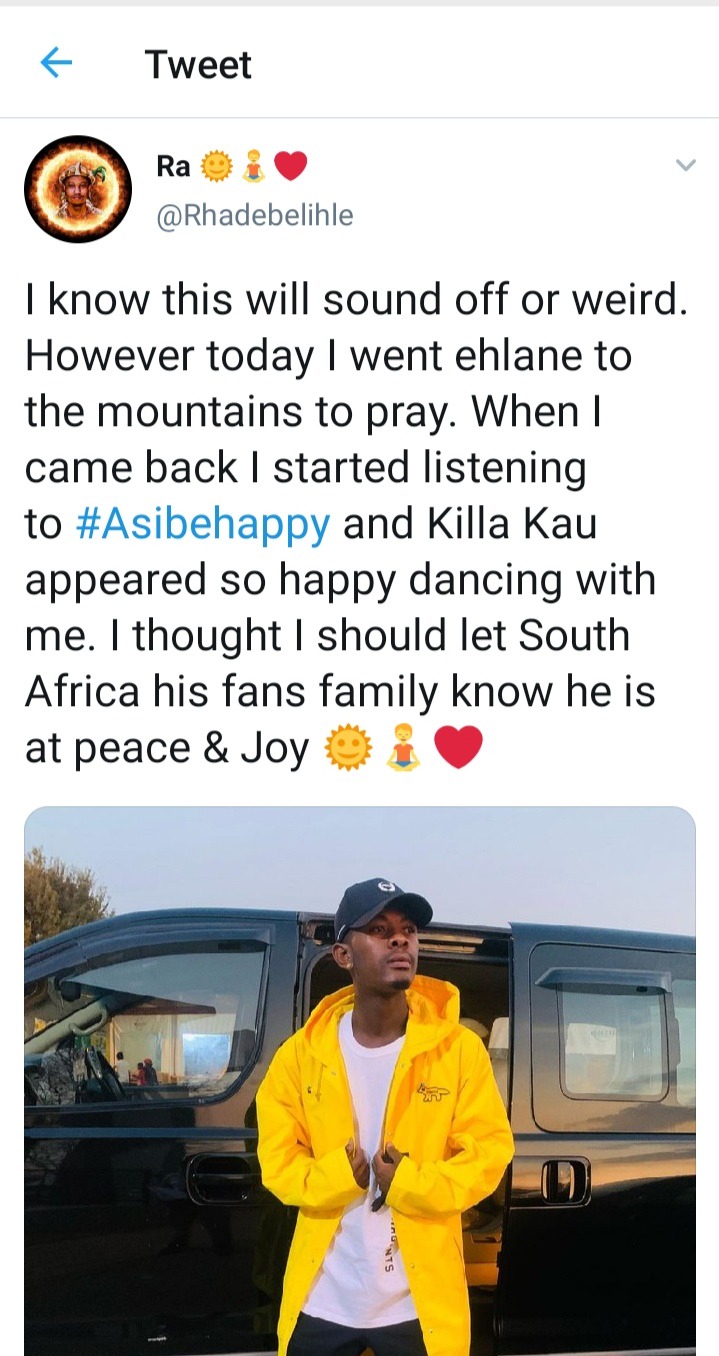 This is the very same guy who predicted the death of Shona Ferguson who passed away in July. Shona was a South African filmmaker and actor. He passed away after suffering from Covid-19 related issues. Lihle predicted his death and posted on his Twitter page but he was not taken serious. Now he has made another prophecy about Killer Kau. He believes that Killer Kau is happy where he is. This happened when he was praying and then suddenly saw him dancing. He thought that he should let his family and friends know that he is happy where he is . What do you think about this?