'YizoYizo' star abandoned his kids in USA, 20 odd years later, one of his child is popular in USA 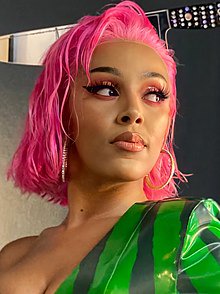 Dumisani Dlamini went to America as part of Mbongeni Ngema's 'Sarafina' American tour but when the tour was wrapped he decided to stay, he got himself a beautiful white girl called Deborah Elizabeth Sawyer in Los Angeles, California and it was too good to be true. They had 2 children together and the other was named Amala Ratna Zandile Dlamini and she was born in 1995. Soon after her birth, Dlamini and her mother moved to New York City where they lived for five years. Her family later moved back to California, where she grew up without her father Dumisani. 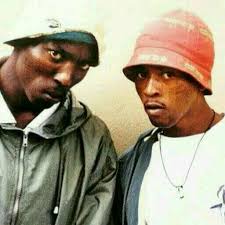 Dumisani left the US after 15 years due to homesickness and originally intended to send for his family. He never did but 20 something years, later, one of his daughter goes viral on social media as a hip hop artist by the name of Doja Cat. She drops a bomb shell on her interviews that she grew up without a father, her father was absent in her life. 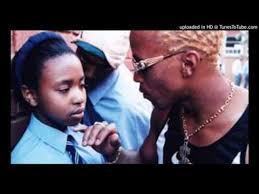 The two have never met physically, Doja shared in a 2019 interview with The Quick Silva Show that while they don’t know each other, he seems to be supportive of her music career, though. she is posted on her Instagram, “My dad’s proud of me. He’s excited. He’s all over my Instagram. But what’s funny is I never met him. He’s all in the comments like, ‘My African princess!’ And I’m like ‘Whaaaat?!’” but to save face, Dumisani says, he says, he is connected to all of his kids. Doja Cat even approached Whoopi Goldberg who worked with Dumisani on the 'Sarafina' and said, to her, "I’m just thinking about my dad because he was in Sarafina! Yeah so seeing you and meeting you is like the craziest thing.” Whoopi was even shocked to know that sge was the daughter of Dumisani, telling her to get out of here, expressing shock. Doja Cat went on to say, "Yeah isn’t that crazy. And I didn’t get to meet him but you did." and Whoopi felt sad, also.

Woman Was Born Without Legs And Still Found True Love In Her Husband.