By Olutheicon (self media writer) | 1 month ago

The South Africans with the most laid-back demeanor are the attendants at gas stations. They are always friendly and accommodating, regardless of their mood. However, it appears that women are exploiting their modesty in an attempt to seduce or ridicule them.

Yesterday, a viral video showed a male attendant filling up the gas tank of a woman's car. The woman approached the attendant and whispered something into his ear, but it didn't seem to work because he ignored her.

The woman, who was dressed as a slay queen in a black skin tight, didn't give up so easily as she went after him again and attempted to touch him on the front of his work attire, but the unfortunate guy remained concentrated on his job, which was filling her car with gasoline. 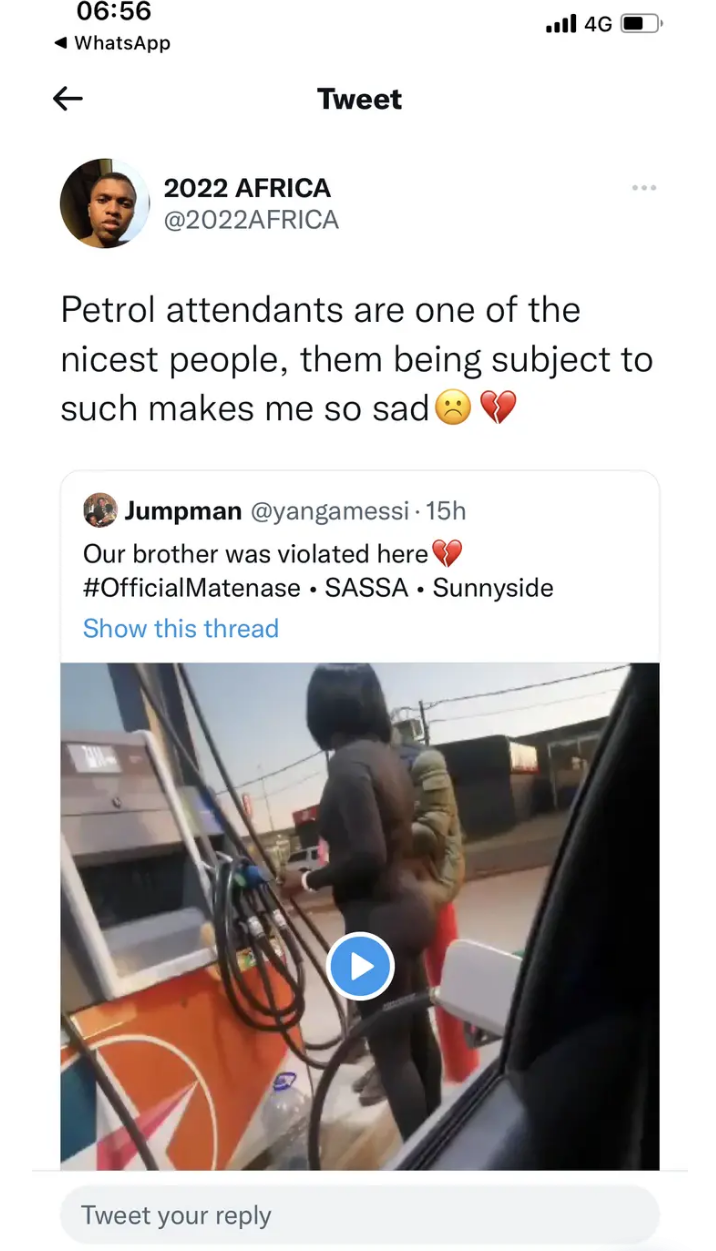 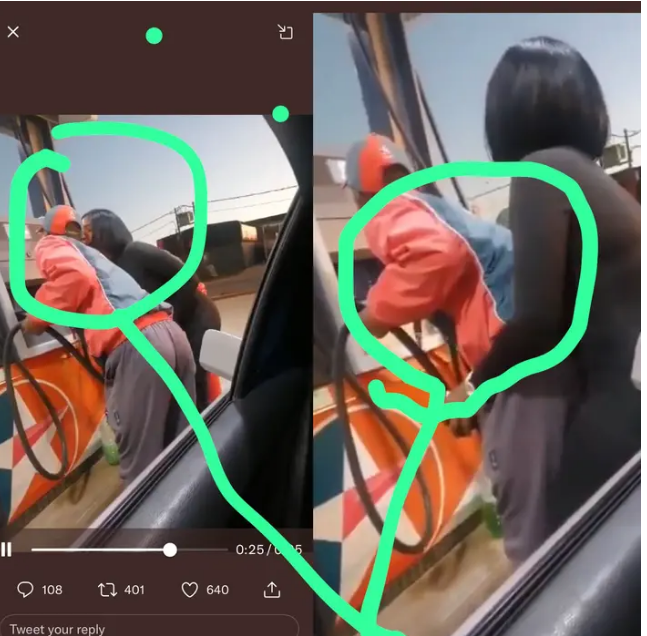 The act of grabbing him in a sexual manner behind his back infuriated a large number of commenters. People then began to criticize her, stating that if the gas station attendant was responsible, he would be arrested.

Last night, this video caused a stir on Twitter, with South Africans concerned about the attendant's wife or the lady husband's reaction to seeing the woman seduce the unfortunate man. Others, on the other hand, were so enraged that they questioned if the woman was intoxicated or simply insane. 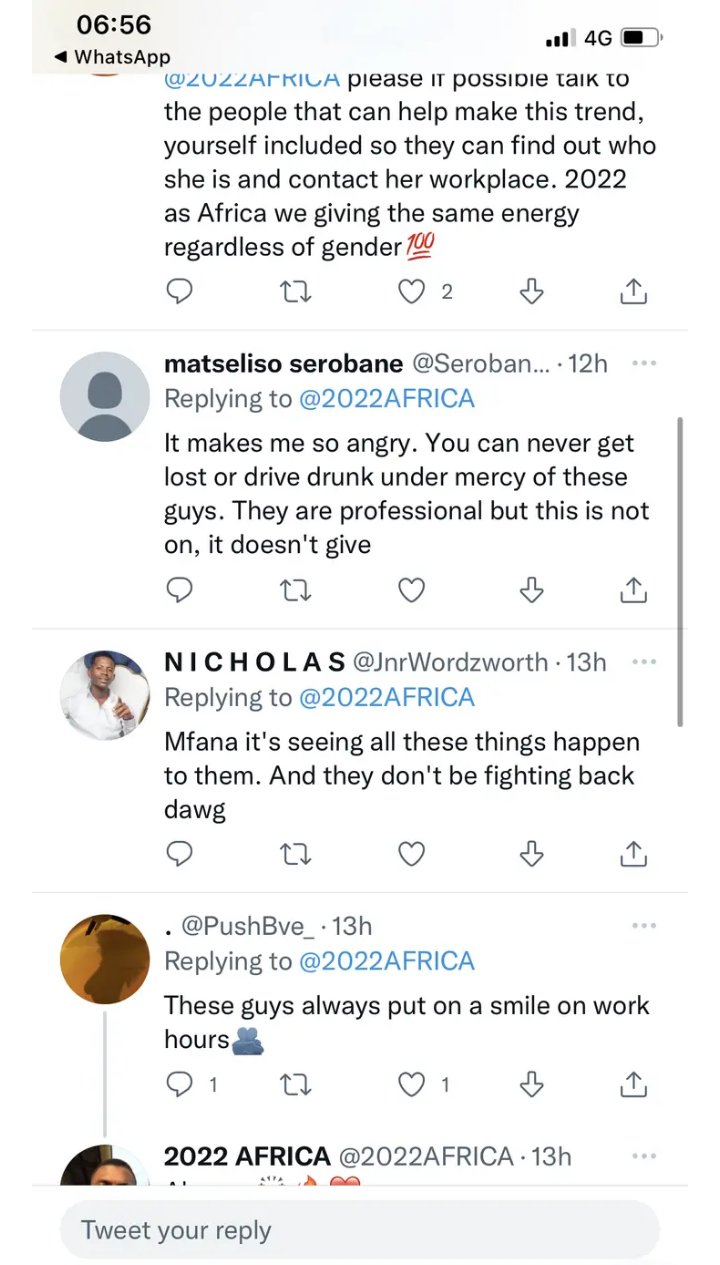 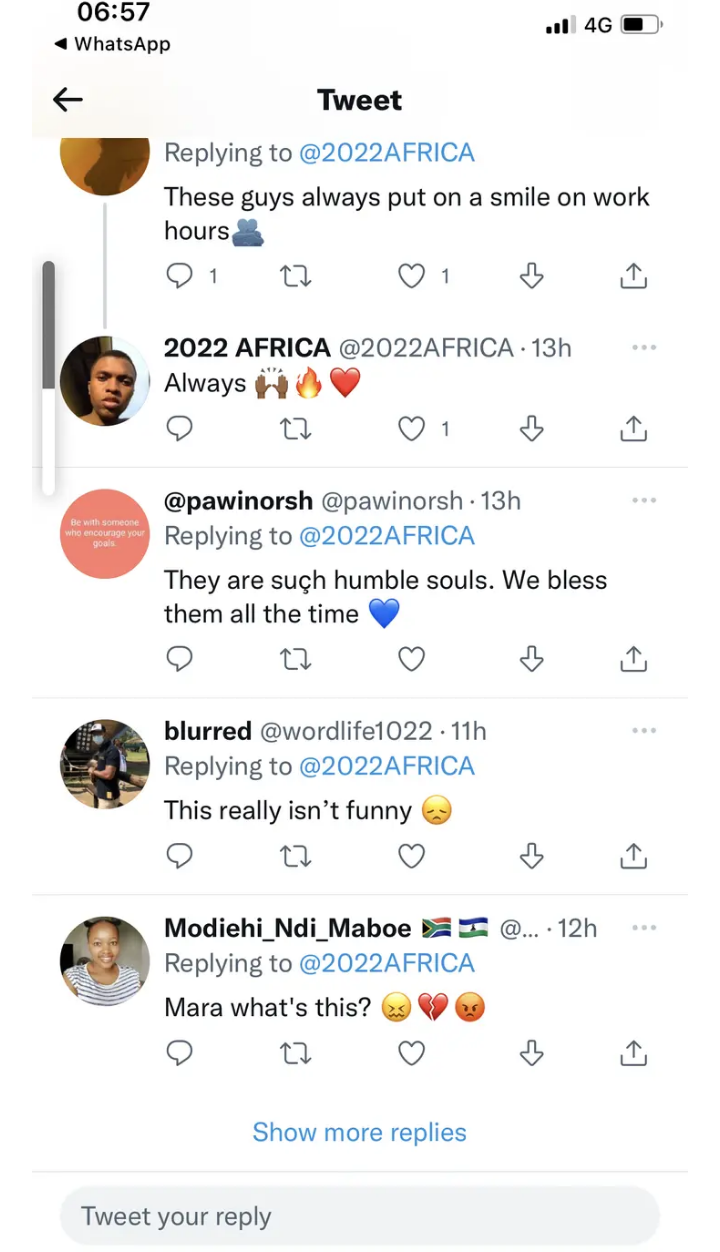 What is your opinion on this matter? Please include your thoughts in the comment area.

Visiting A Nigerian's Barber Ended In Tears For A Limpopo Guy