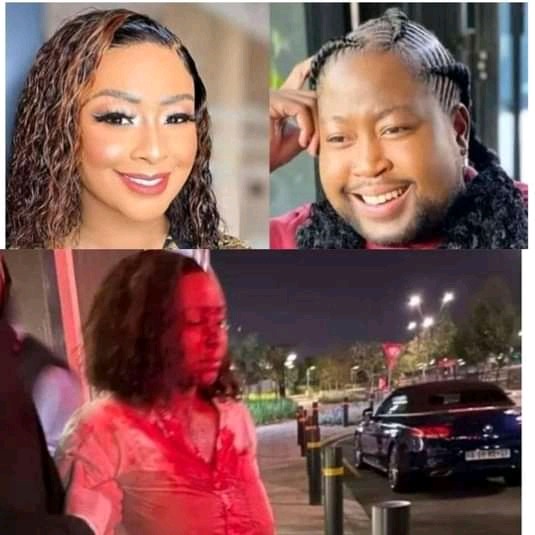 deejay Bujy Bikwa was expected to appear in the Midrand Magistrate’s Court on Friday after he allegedly threw a bottle of alcohol at media personality Boity Thulo which cut her face during an argument at a hotel on Thursday evening.

Thulo allegedly sustained serious injuries and had to be taken to hospital in an ambulance for treatment.

Eyewitnesses said an altercation ensued between the Ba kae hitmaker and the former television presenter.

They were drinking and talking about sangomas and ancestors before an argument started. I am not sure who started it but they were screaming at each other and swearing before they started fighting.

The incident happened at the Courtyard Hotel opposite the Mall of Africa in Midrand.

Another eyewitness said: “Bujy really beat that girl up badly ... Boity was wearing a white shirt and her shirt was red with blood stains. Her face was also bad.”

Thulo opened a case of assault with intent to do grievous bodily harm at the Midrand police station. Bikwa was arrested shortly afterwards and spent the night in the police cells.

Police spokesperson Captain Mavela Masondo confirmed that a case had been opened but said he would provide further details later.

Bikwa is no stranger to making headlines on assault allegations.

In 2017 he was accused of stabbing two neighbours at his family home in Orange Farm, which left them in a critical condition in a Sebokeng hospital.

Bikwa appeared in the Lenasia Magistrates’ Court. He told Drum magazine then that he was defending himself and his brother.

Before I went out, I got out of the car to see my brother and while I was there we saw that guy and his brother coming to us with a baseball bat and a knife.

“When they got to us they started attacking us and that’s how the fight started. My brother and I had no weapons. They brought the weapons and me fighting was to defend myself and my brother. I did not stab anyone,” he claimed.

A lot of people say that Bujy wanted to kill Boity...hitting someone else with a bottle can kill that person...Boity's fans are angry at Bujy for what she has done

Content created and supplied by: Nene❤ (via Opera News )