By phutigerald (self media writer) | 1 year ago 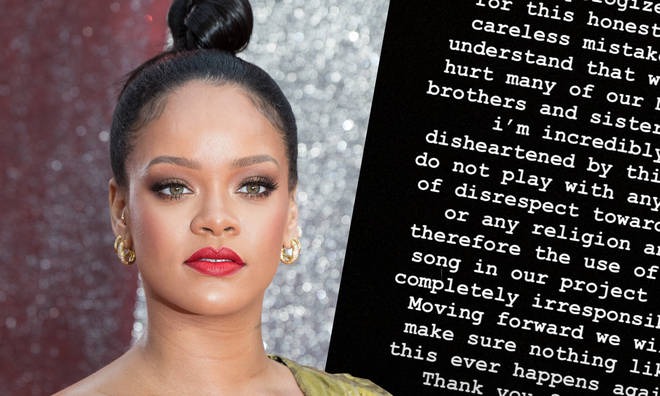 The singer apologised for the "careless mistake" made during the show.

Rihanna has issued an apology after using a song containing an Islamic hadith during her Savage X Fenty fashion show. 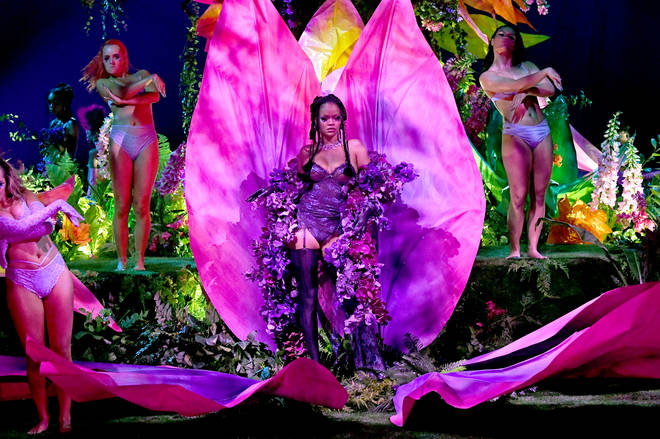 In Islam, the Hadith is a collection of traditions of the Prophet Muhammad, based on his sayings and actions, and many people expressed their disappointment and discomfort around the track being chosen to feature in the lingerie show.

In response to the criticism, Rihanna shared a lengthy apology on her Instagram story, saying that use of the song was "irresponsible" and an "honest, yet careless mistake."

"I'd like to thank the Muslim community for pointing out a huge oversight that was unintentionally offensive in our savage x fenty show," Rihanna wrote. 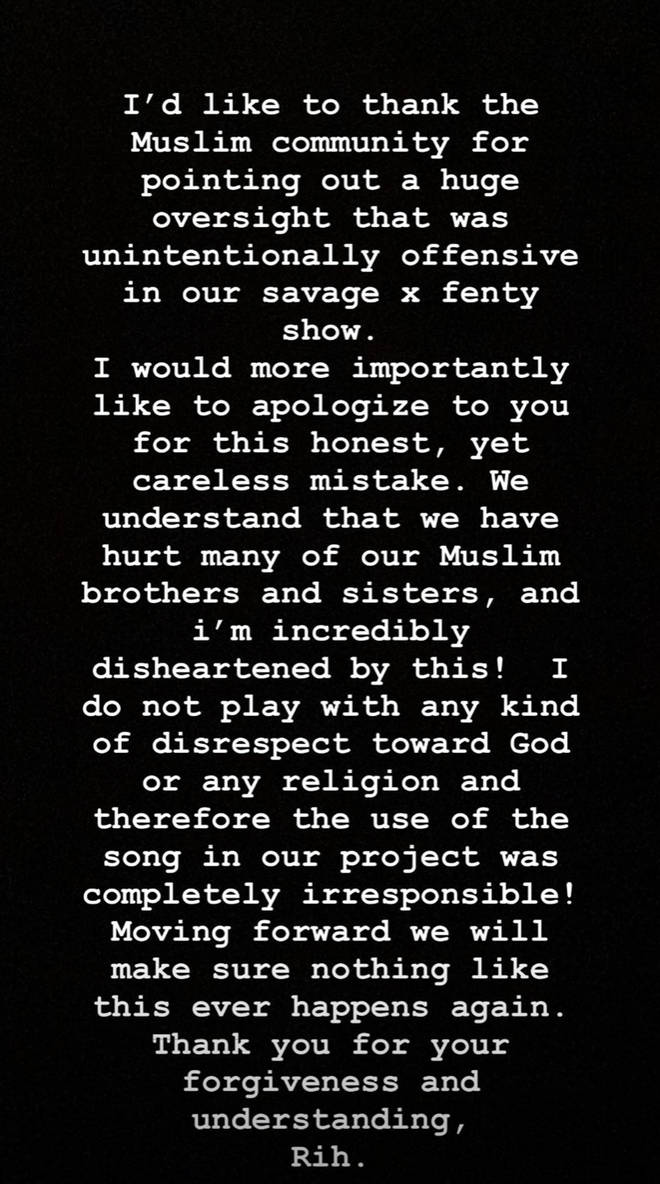 The singer apologised for the "careless mistake" made during the show. Picture: Instagram/@badgalriri

"I would more importantly like to apologize to you for this honest, yet careless mistake. We understand that we have hurt many of our Muslim brothers and sisters, and I'm incredibly disheartened by this!"

"I do not play with any kind of disrespect toward God or any religion and therefore the use of the song in our project was completely irresponsible! Moving forward we will make sure nothing like this ever happens again. Thank you for your forgiveness and understanding."

The Bajan singer was accused of cultural appropriation and disrespecting Islam for playing the song during the lingerie show, which played during the introduction to rapper Rico Nasty's performance. 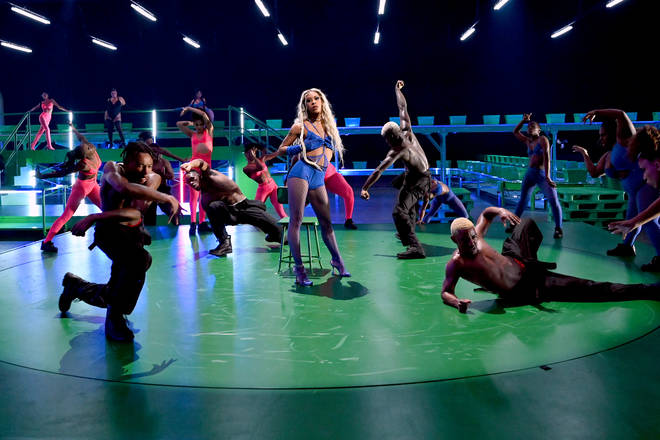 The song played during rapper Rico Nasty's entrance before her performance. Picture: Getty

"This is the actual hadith that's has been remixed and is used by @rihanna as girls in lingerie danced around to promote her lingerie line. Disgusting and disrespectful," tweeted one user.

Another wrote, "so rihanna’s cancelled how tf can she make her models dance to a hadith? as a muslim i’m so disappointed and i won’t be supporting her :/".