“I Will never forgive Wizkid for abandoning me his real father” - Nigerian man vows.

By Golden_mindset (self meida writer) | 11 days 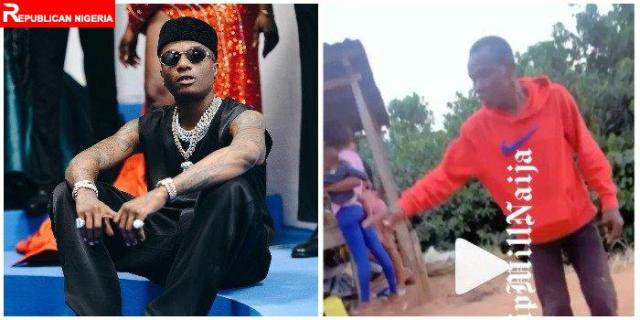 He claims to be Wizkid's real father, and says he will never forgive him for abandoning him when he was abandoned by his real father, who is believed to be a Nigerian man under the influence of alcohol.

He claims that Wizkid is his son and that he is a Delta boy, and that he will never forgive him for abandoning him, even though the man who appears to be his real father appears to have consumed a significant amount of alcohol. 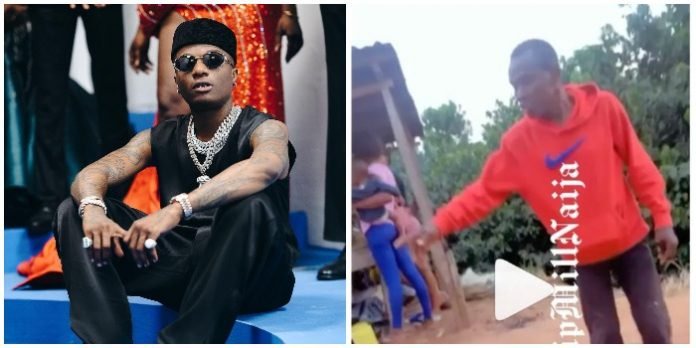 Since the man has consumed so much alcohol, no one believes that he is the real father of Wizkid, and his claim that he is from Delta has only exacerbated the situation. However, those in his immediate vicinity attempted to tease him by asking him to forgive his supposed son Wizkid, claiming that the latter may not even be aware that he is his father.

When it comes to his family and particularly his father, Wizkid is reticent to speak about them, which has given this man swollen with alcohol the opportunity to claim that he is his son, threatening never to forgive him for abandoning him in Benue state, where he has descended into a state of drunkenness.

Wizkid himself appears to be a wonderful father to his children; therefore, we believe that he would not abandon his father, especially since he has been providing excellent care for his mother. As a result, we believe that the man claiming to be Wizkid's father is saying this because he has consumed too much alcohol and is unable to distinguish his left from his right.

People who appear out of nowhere claim to be related to some of these celebrities, and this drunken man with the name of Wizkid is currently trending on social media, claiming to be his father and claiming that he will not forgive him for abandoning his son.

Slide to the left and watch the video below;

Content created and supplied by: Golden_mindset (via Opera News )

Why Did Prophet Muhammad Laid Curses On The Jews While He Was On His Sick Bed?

To Lose In Penalties Is Always Difficult

[Opinion] Is this Chiefs' only mistake in the transfer market?

[Opinion] Is this why Sundowns is ahead of Chiefs and Pirates in recruiting quality players?

Big Insurers Decide This For The Unvaccinated

Marawa Buys A R1.5-Million Car 3 Days After Losing His Job