Today let's about Skeem Saam Thabo Maputla who has recently exited the cast earlier this month. Skeem Saam is A South African television soap opera aired on SABC 1 from Monday to Friday at 18h30. It is one of the top viewed television soap operas in South with over millions of viewers countrywide. This is one of the cast that get to make it to social media trends after airing an episode. 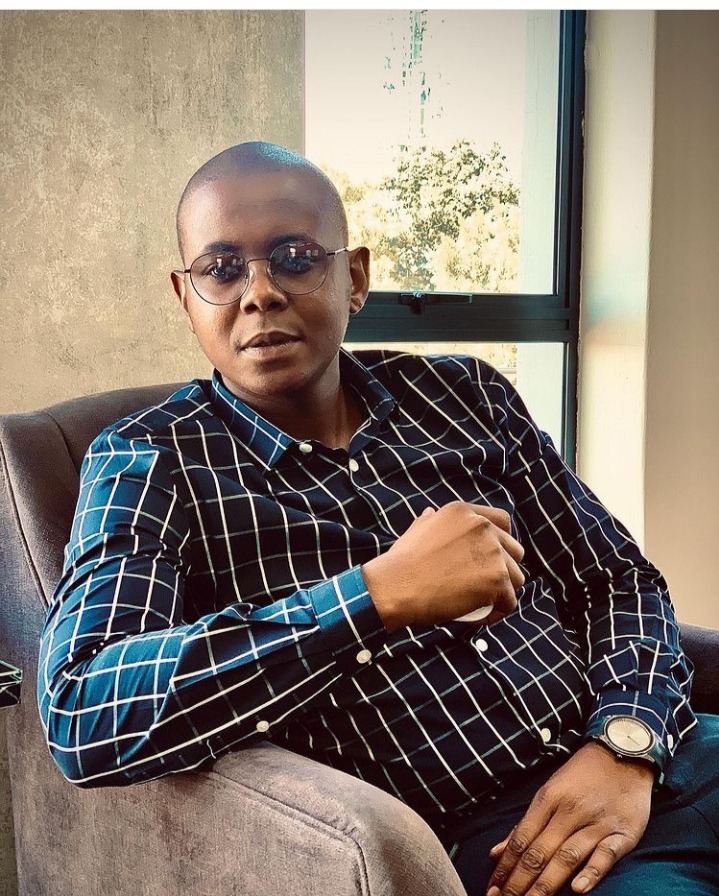 This cast has many talented actors who are really able to portray their characters and always blow the minds of fans away.Today we talk more about Cornet Mamabolo who used to act as Thabo Maputla the son of Meikie and John Maputla. Thabo had just recently got married to his childhood lover Mapitsi. The two became parents at a young age. After years of separation they decided to fix their relationship and got married. Their love story was really inspiring and got South Africans talking. 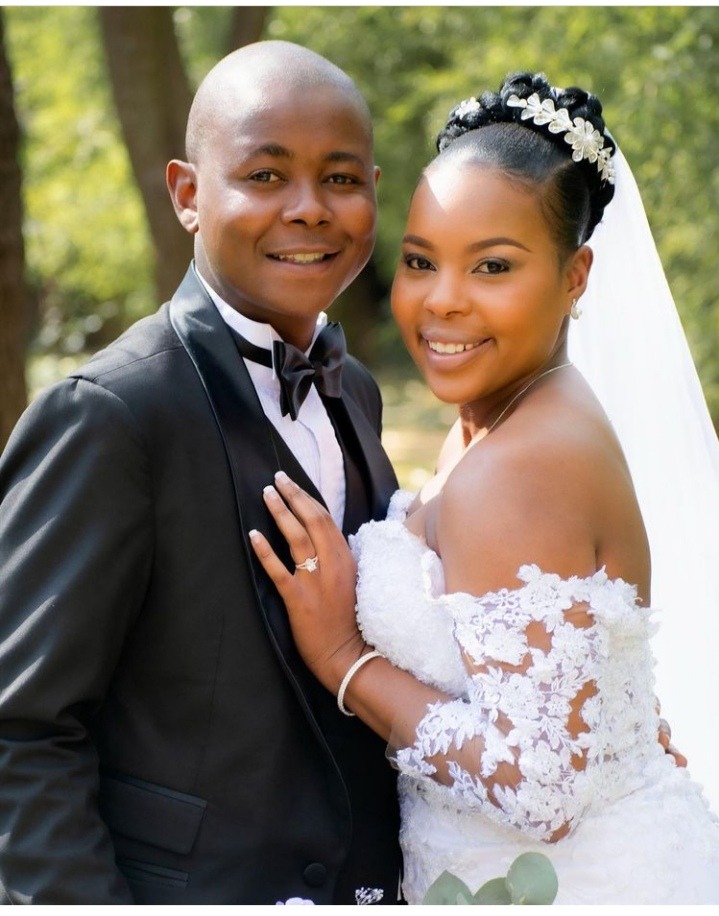 It was a bomb when they came back from honeymoon when Thabo announced that he has found a job overseas. He decided to take the job opportunity and leave his wife Mapitsi after a week of getting married.That's the scene where South Africans saw him for the last time on Skeem Saam. He posted on his Instagram page thanking his colleagues for all the years of being on the cast. 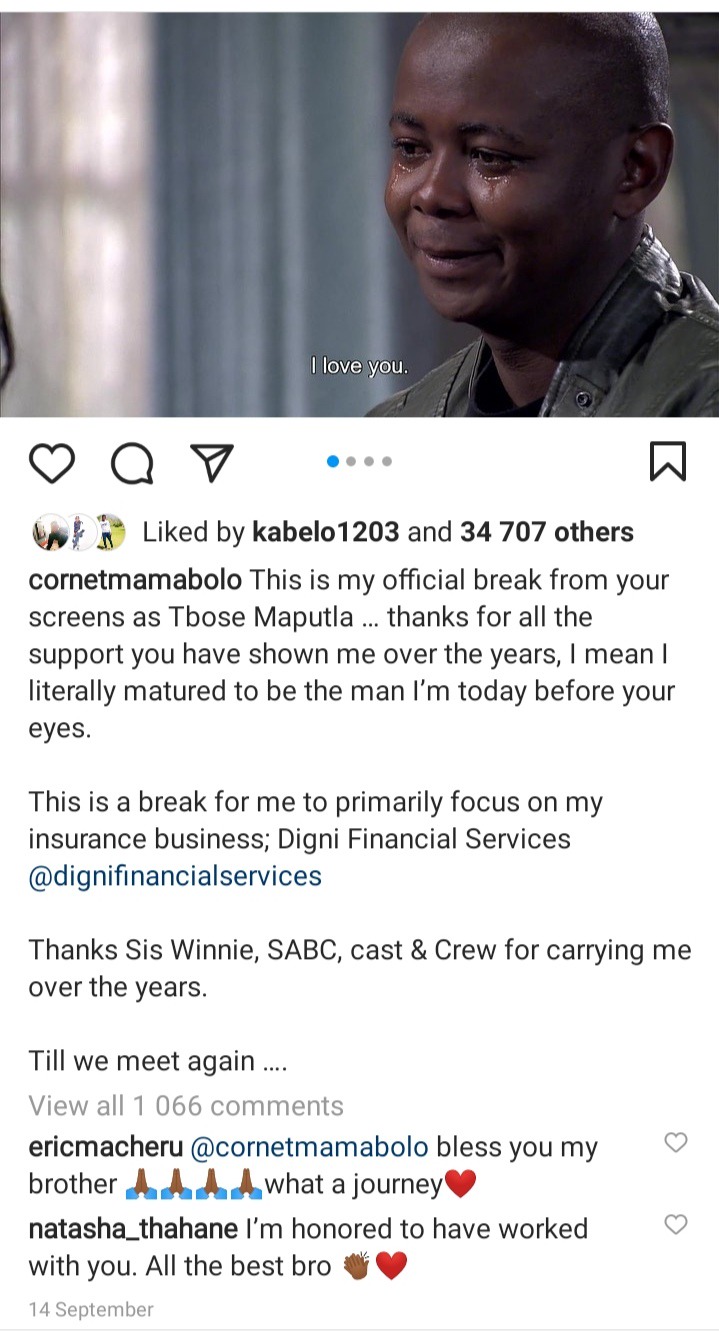 He revealed that he left the cast to focus more on his businesses. It was a shock to many people because he was one of the top loved actors on Skeem Saam. He has also revealed again during his podcast with Macg that he will be coming back to the screen this coming month. Apparently this might be his last final exit from the cast but he is not really sure if his character will be killed or not. Share your views and follow for more news. 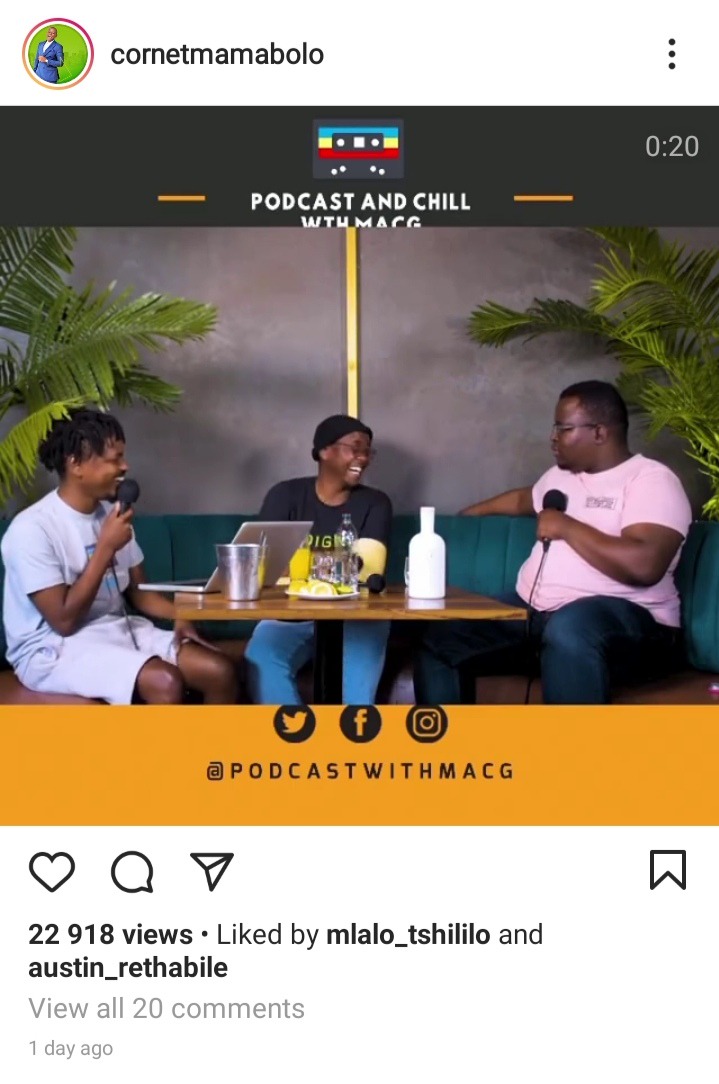