"Light Work ", Sizwe Dhlomo Replies Fan Who Asked Him to Ditch His Girlfriend For $500 Million

Sizwe Dhlomo has shocked the internet with a tweet that has gone viral.

Following his incident with his former colleague, Unathi Nkayi, the actor has been making news for several weeks. Sizwe is taking precautions to avoid getting himself into any difficulty. 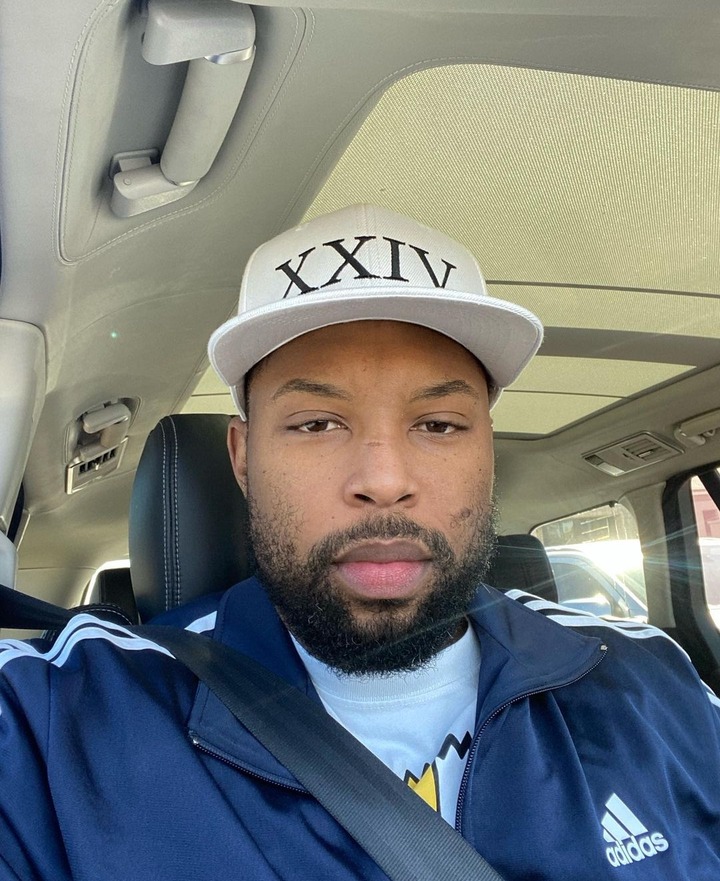 In a tweet, Sizwe answered to a tweep's question, which inquired if it was possible to go three years without having s*x and receive a whopping $500 million in exchange.

Many others were taken aback by his statement, and many wondered why he responded with "Light work."

It has also been decided by the Twitterati to convert the $500 million dollars to Rands, and let's just say that the excessive number of zeros is convincing Mzansi to join Sizwe's cause. But, after all, who wouldn't want that? Isn't $500 million dollars a lot of money, to say the least?

Let us not forget, however, that Sizwe Dhlomo is one of the wealthiest media figures in South Africa, and that he has a net worth of over R300 million. He is probably making very little money from this, despite the fact that his revelation has shocked many people. Consider the implications of this. Sizwe has a lot of land all around the country, and he even has horses! Why is he still interested in amassing such a large sum of money? 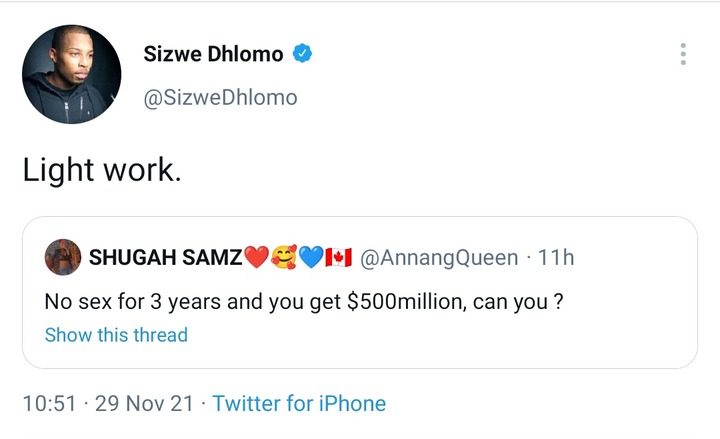 It wasn't that long ago that Sizwe disclosed to his fans in a tweet that cheating isn't such a huge problem for him because sometimes it's really just a mistake and that, if people speak it out, there is no need to end the relationship. Let's just say that, in light of that specific discovery, we aren't all that astonished that he would turn down $500 million in s*x. Would you do something like that?