Babes Reveals How She Wasted Money On Buying Alcohol

By Jikelele (self media writer) | 8 months ago

Gqom Queen Bongekile 'Babes Wodumo' Simelane has come out and revealed that she has been wasting alot of money buying alcohol with her friends. She said this on a YouTube podcast hosted by Mac G. 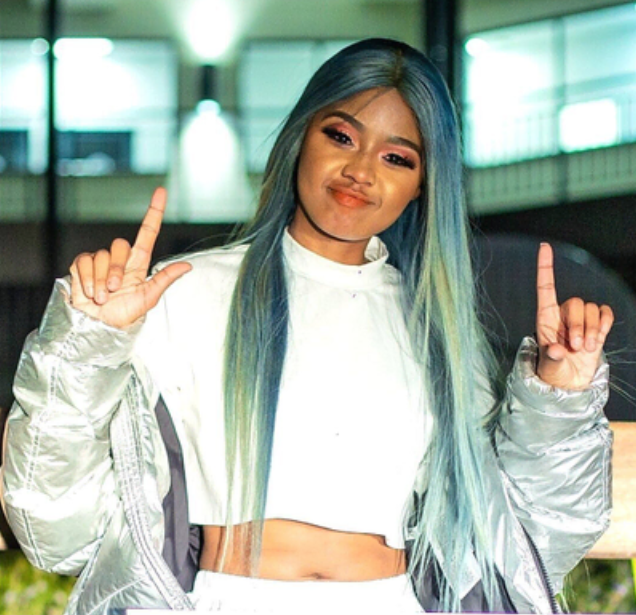 'I've lived life, I'm still living it, I get drunk and we all are drunkards. I used to sip champagne, living a dream life of a girl from Lamont. The Lord has blessed me.' Stated Babes

She mentioned that she used to perform at major events in different countries where she got to meet other famous international artists. She said she gained all of this popularity because of her song titled 'Wololo'. Babes (26) said she has made alot of mistakes as fame came when she was only 18 years old.

'Fame came when I was still young, I didn't even know how to save money, there are things that I look back at and think that if they happened when I was this old then I would have changed it or done them the other way.' Explains Babes

She revealed that she used to be payed R150 000 for bookings but now she's being payed R60 000.' I used to perform at eight events in a week.' she mentioned that she used to make about R1 million a week during those days. She says she grew in a struggling family as they depended on church member's offerings which were not payed sometimes.

'Just because my father is a pastor, I had to live another life and not how I wanted to live mine.'

She said she met Mampintsha when she was very young as they have been together for 10 years now.

She revealed that people would be surprised on their Showmax show as she has done most of the preparations and customs done before the official wedding. She mentioned that though Mampintsha has made some mistakes but he gives her much love that make her forget about his mistakes.

'Small boys want to play your heart and leave you. I'm better off with my fat partner.' she mentioned that she doesn't see herself forgiving Masechaba Khumalo, whom she's still mad at. Babes recent album IDandokazi sold 30 000 copies, which is platinum.

Babes revealed that she has made millions from her Showmax show, she hasn't get her money from Samro as she doesn't need it at the moment. She says the reason she decides to work more with Mampintsha is because others don't really understand Gqom music and Mampintsha understands it very well. She also commented on losing weight, she said the reason for that is not drugs, but stress.