As viewers, we had a love-hate relationship with Boniswa. She kept winning and hurting people and the fact that she had so many people pressed on social media is an indication that she bodied the role and brought to life to such an extent that people's feelings towards her went beyond acting!

On the Royalty Soapie Awards for 2021 which were awarded last night (October, 2 2021), she was given her flowers when she was awarded OUTSTANDING LEAD ACTRESS! She should have also won the villain award but she was not nominated! 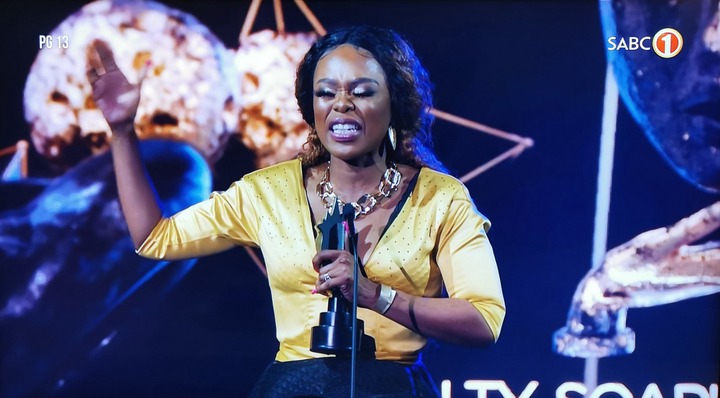 It's good to see that the acting industry holds these award ceremonies because as we have come to see, the entire production puts so much effort into making sure that the acting is so top tier that we forget that these are just storylines and that the people are just acting!

Scandal, like Skeem Saam, brought their A game in the last couple of months where each episode was followed by a trend on Twitter of people hyping up the acting skills of the cast! There was literally no day where an episode would pass and either of those two soapies would not trend. Most of the days, the cast and the soapies would actually trend even before it was aired; showing that viewers are invested in the storylines and appreciate the craftsmanship of everyone who puts in the work to give us great stories!

She also deserved that vilian one. She did her assignment @Trinity_k94

Apart from the two mentioned soapies and their excellent cast, Diepcity won outstanding daily drama. Like Skeem Saam and Scandal, there was no episode that went past without trending on social media. Everyone on the soapie gave their role a run for its money and their awards are a testimony to this!

Diep City for Outstanding Daily Drama 🏆. They swept those awards 🙌🏾. Well done to Mandla N, the actors, writers & everyone behind the scenes 👏🏾👏🏾👏🏾#royaltysoapieawards https://t.co/KBHtI7pXCh

Congratulations to the team! Big shout out to Mandla N for bringing on new talent to our screens! 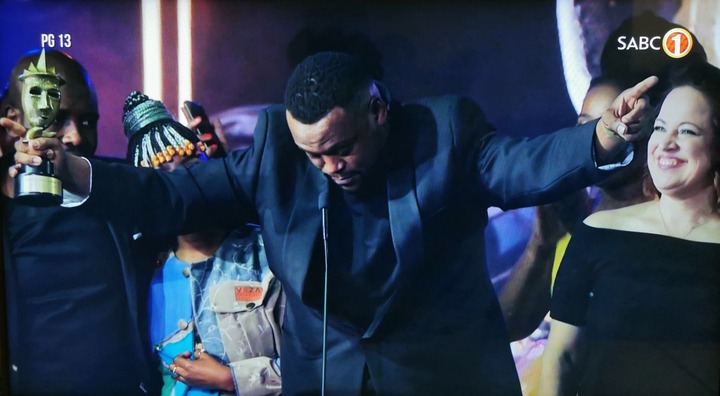 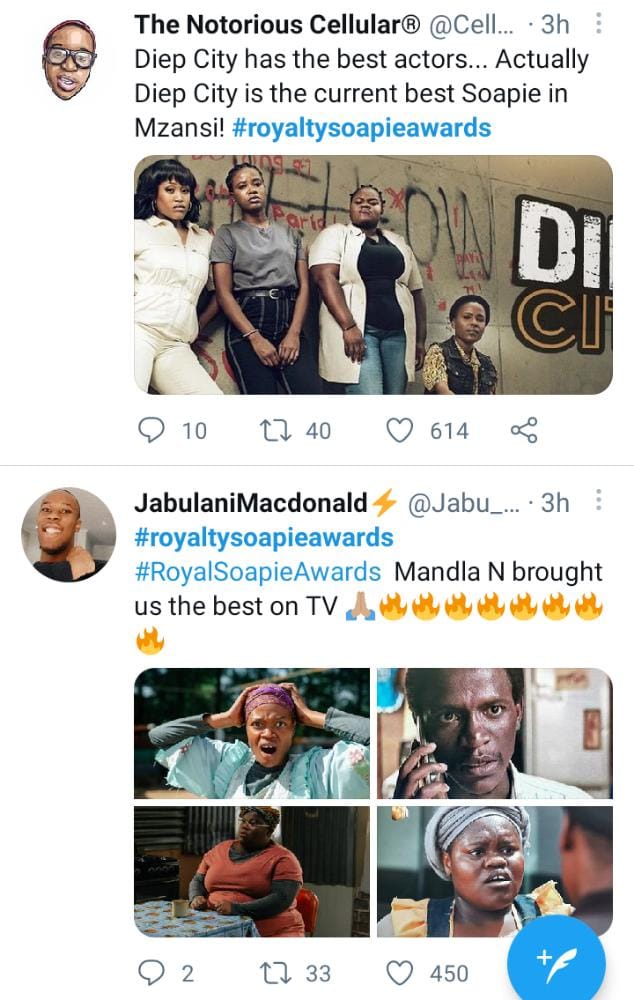 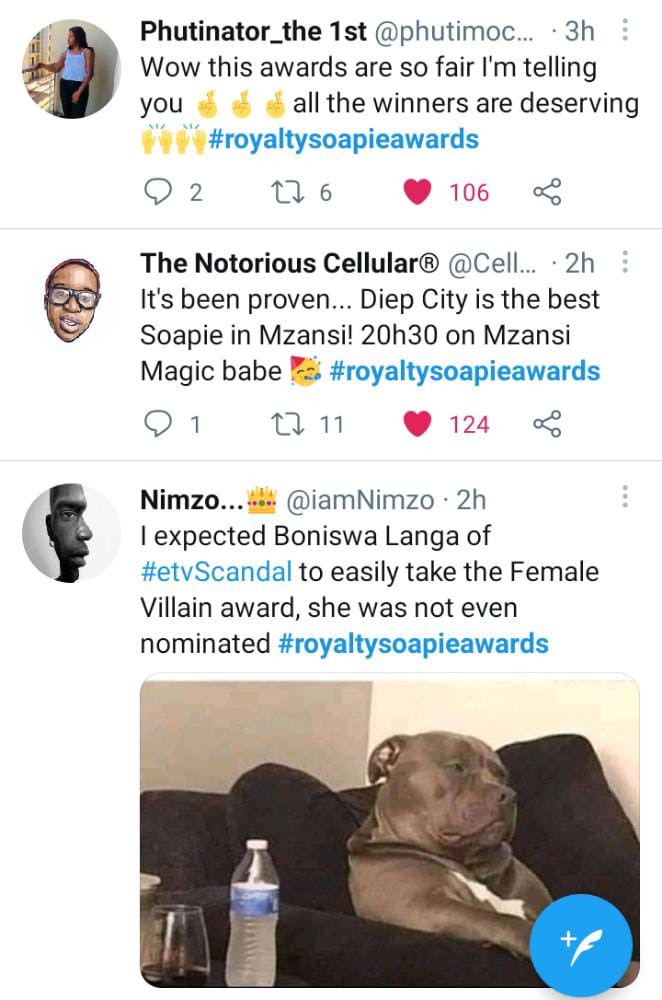 My wish in Life is to Meet President Mnangagwa and Buy him 4 Litres of Coca-Cola - Zim Man Lament.

Hunt Remains Positive Ahead Of Swallows

Ugliest shoes designs that should have never reached the stores