By XploreMzansi (self media writer) | 7 months ago

Gabrielle Union and Dwyane Wade first met in 2007, and eventually tied the knot in 2014. We're revisiting their love story TIMELINE! 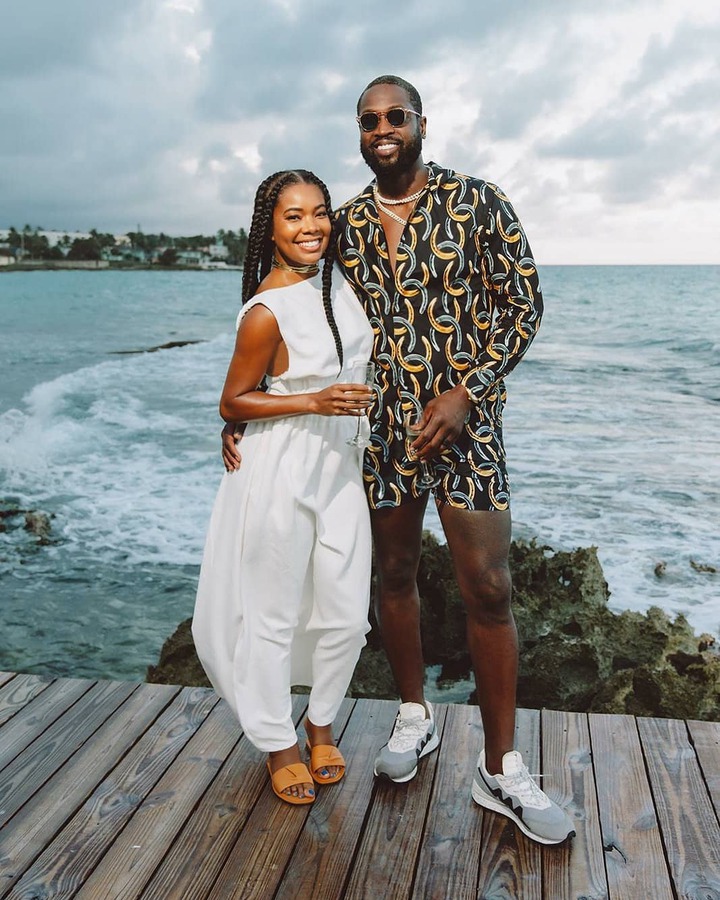 Being Mary Jane actress Gabrielle Union and former Miami Heat basketball player Dwyane Wade are the epitome of relationship goals. The head-over-heels couple met in 2007 and later married in August 2014. But their union (no pun intended) hasn’t been without its ups and downs. Union, 46, and Wade, 37, have dealt with everything from infertility and infidelity to a custody battle and a shocking breakup. Because of their obvious love for each other, they've managed to overcome the greatest of challenges on their road to the altar. 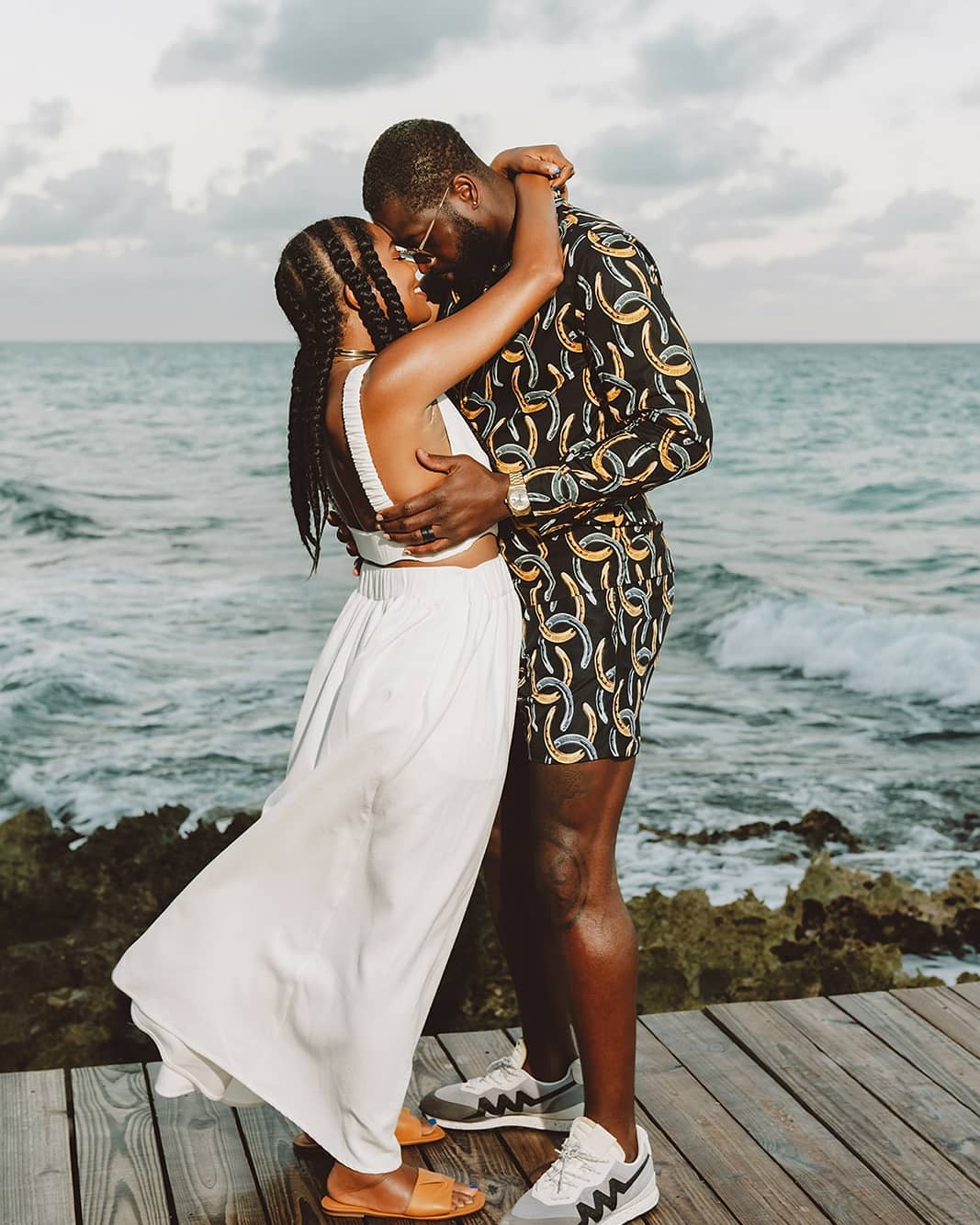 February 2007: Union and Wade meet at a Super Bowl event.

The two first met while co-hosting a sponsored Super Bowl party. Union had just divorced her husband of five years Chris Howard in 2006. Wade, at the time, was still married to Siohvaughn Funches, who he later separated and filed for divorced from in June 2007. At the time of their separation, Funches had just given birth to their second son, Zion, a month earlier on May 29. 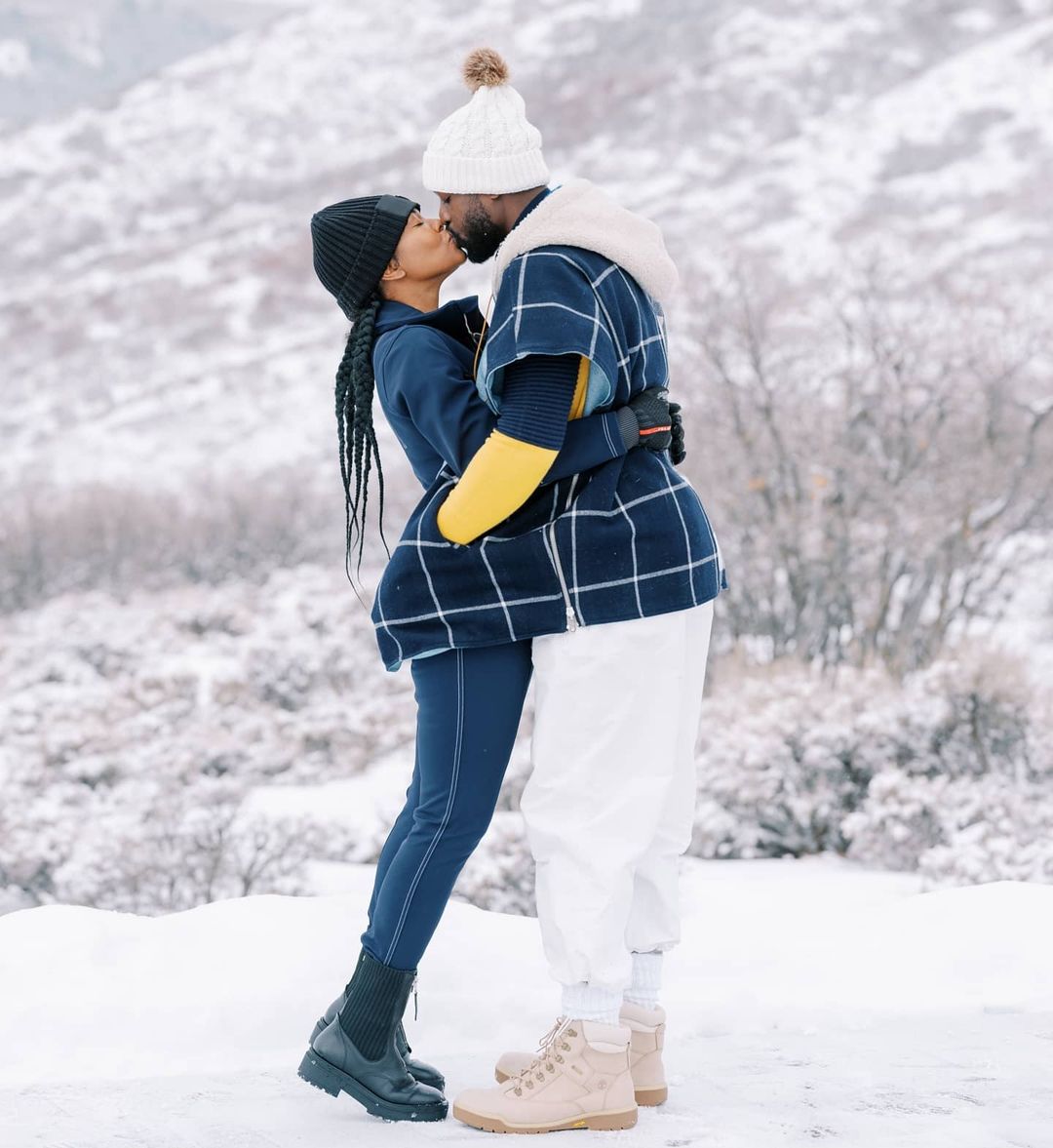 "When I met Dwyane, his résumé looked like crap: athlete, going through a divorce, nine years younger than me," Union said during a January 2014 interview with Glamour. "None of that screamed, 'Let's have a lasting relationship.' Then, after I had a heart-crushing breakup with yet another immature jerk, I thought, it can't be any worse if I date a fetus [referring to their age difference]." 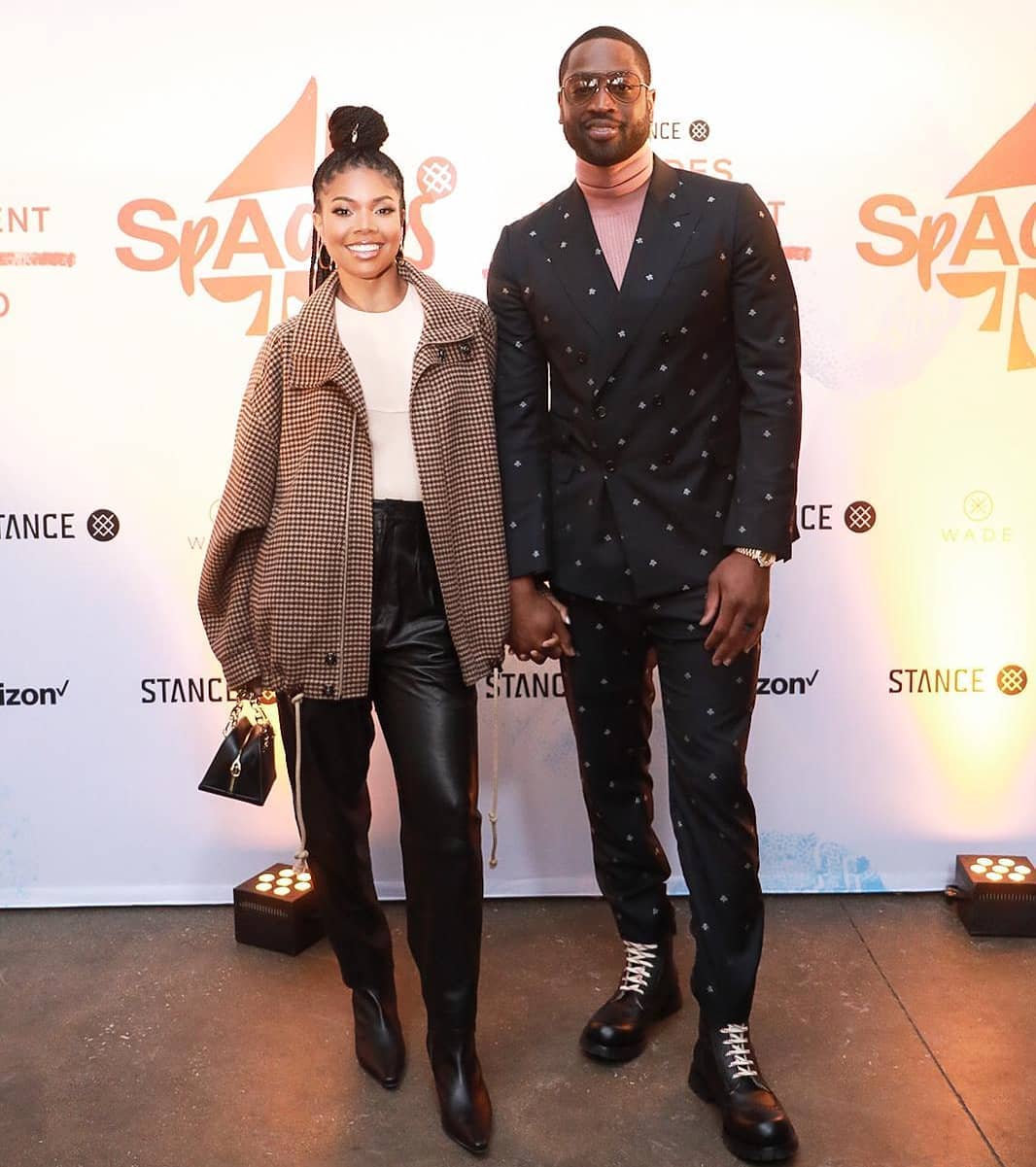 January 2012: Union and Wade appear on their first magazine cover together.

In a joint interview for Essence, the couple opened up about marriage. "We’re not rushing it," said Wade. "Both of us have been married before, and we understand that if we choose to marry again, we want it to be right. We both took failing at marriage hard. The next time it’s gotta be forever." 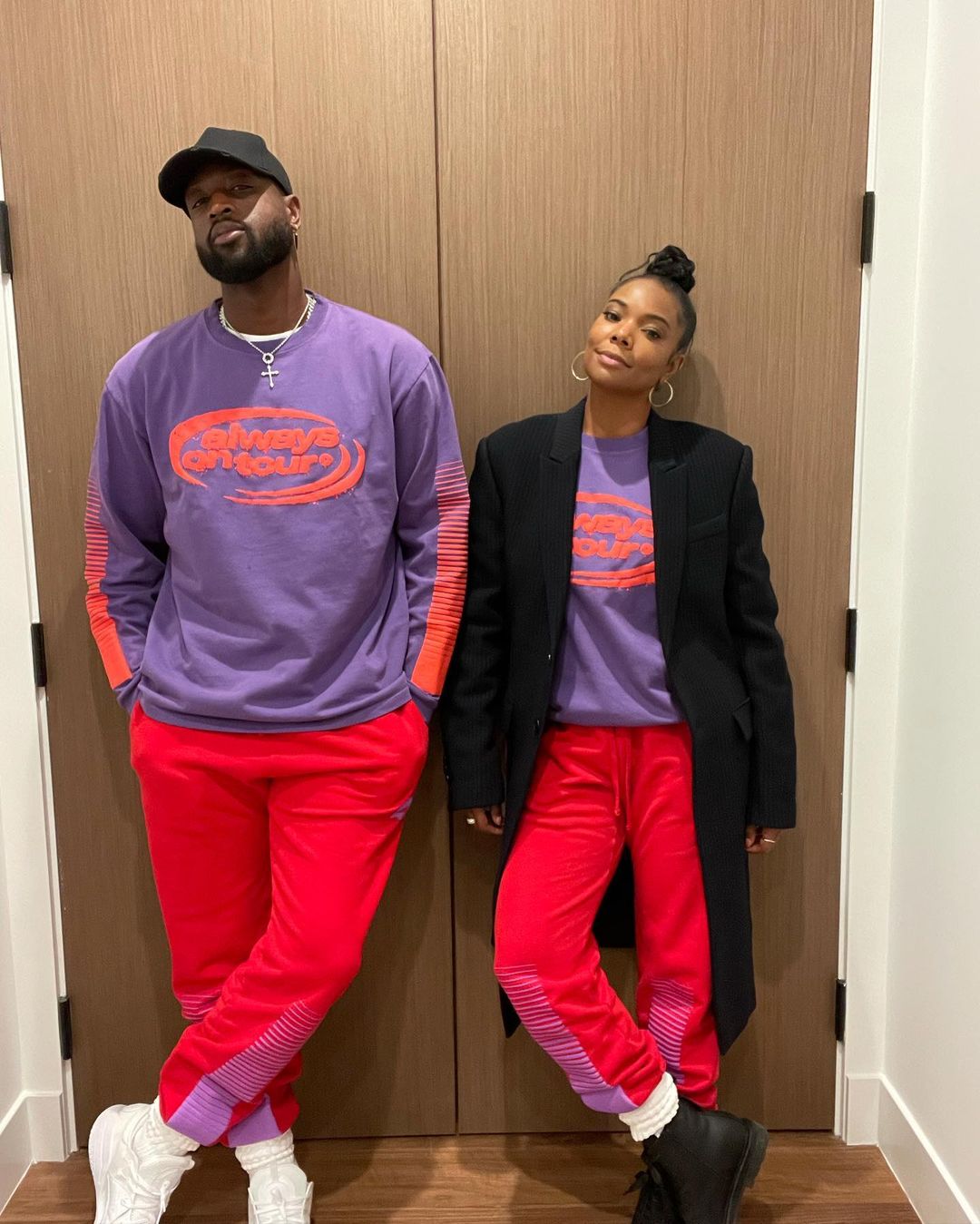 Union and Wade temporarily broke up in January 2013. She later cited "distance" and "scheduling" as factors that contributed to their breakup.

"When you're debating whether to go backward or forward, you have to look at the original issue," she said in Glamour. "[When Dwyane and I broke up briefly in 2013], it was because of distance and scheduling. I finished filming the show, then I flew to Vegas right away to start shooting Think Like a Man Too. I couldn't take time off, and I missed some quality togetherness we desperately needed."

She added: "Over the summer, I reassessed priorities. I'd always wanted an awesome career with back-to-back projects, but I realized I wasn't willing to sacrifice my relationship for it. Moving forward, I decided my work schedule has to make sense for our family." 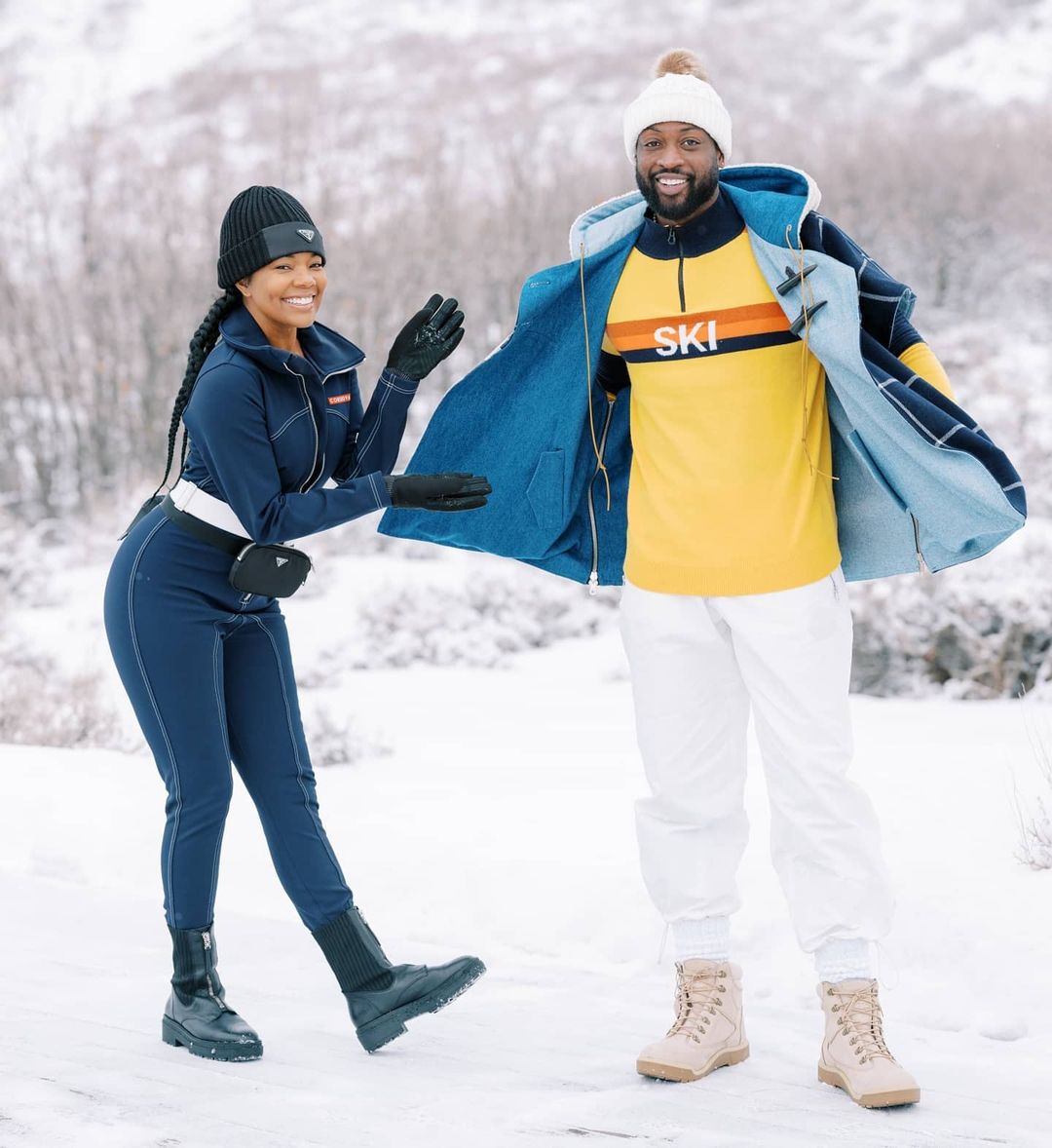 With the help of his boys, Wade popped the big question to Union right before Christmas. The pair discussed the adorable moment with Oprah in December 2018 during a televised special on OWN.

"I decided that she wasn't just marrying me, she was marrying all of us," Wade explained to Oprah. "So I had them down by the pool, and I had them make their own signs. I had each one say, 'Will you marry us?' I took her outside to look at the water, and at first, she's like, 'What is going on?' I get behind her, and I get on a yoga mat because I couldn't put my knees down. I'm sitting there waiting for her to turn around and she's reading the boys' signs, and the boys said, 'Will you marry us?'" 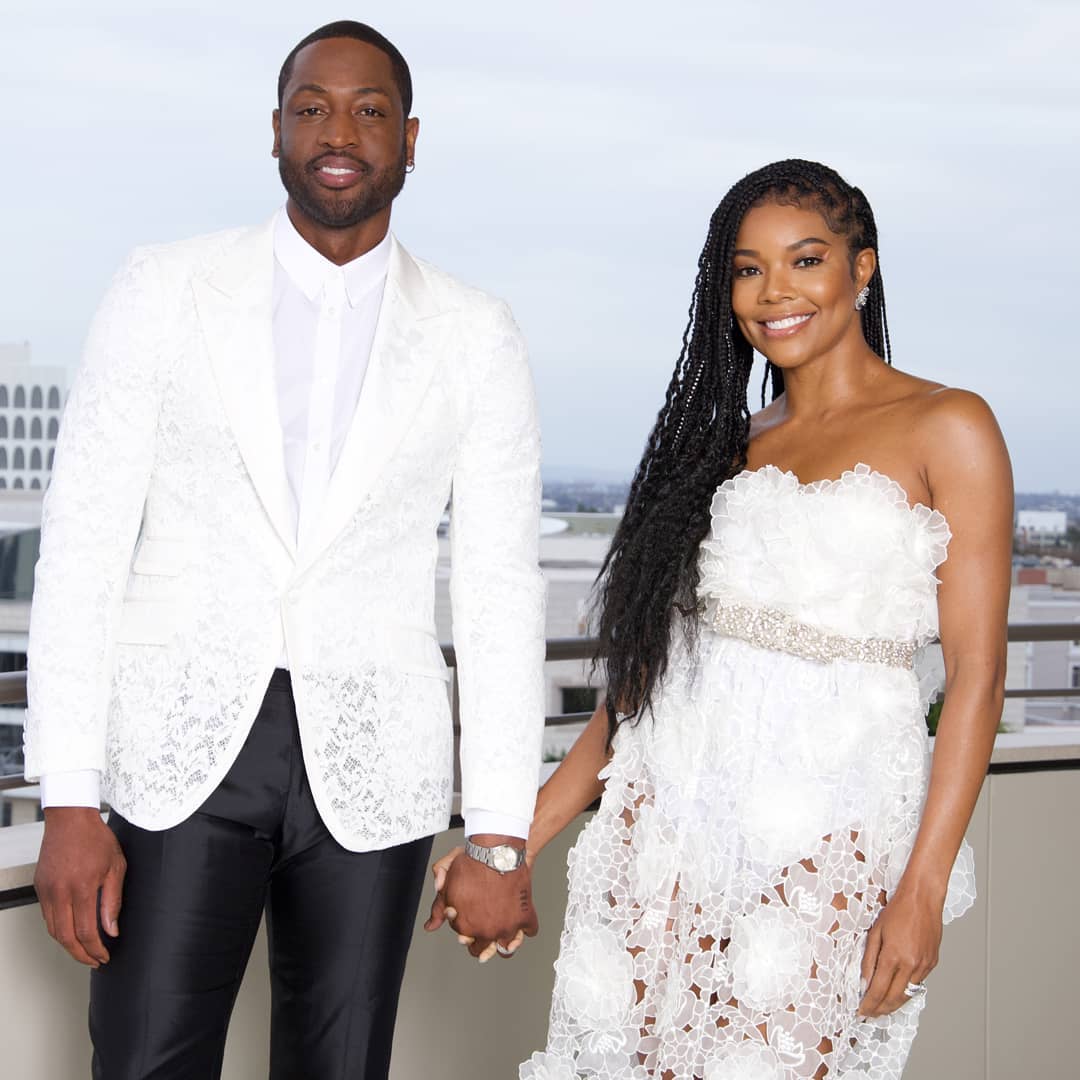 August 2014: Wade and Union get married.

Union and Wade tied the knot on August 30, 2014 in an extravagant Miami ceremony. Union wore a white strapless gown. Wade's two sons and his nephew were included in the wedding party, and notable attendees included Being Mary Jane co-creators Mara Brock Akil and her husband Salim Akil, plus Kevin and Eniko Hart, rapper Ludacris and his wife Eudoxie, and Wade's former Miami Heat teammate, Chris Bosh and his wife, Adrienne. 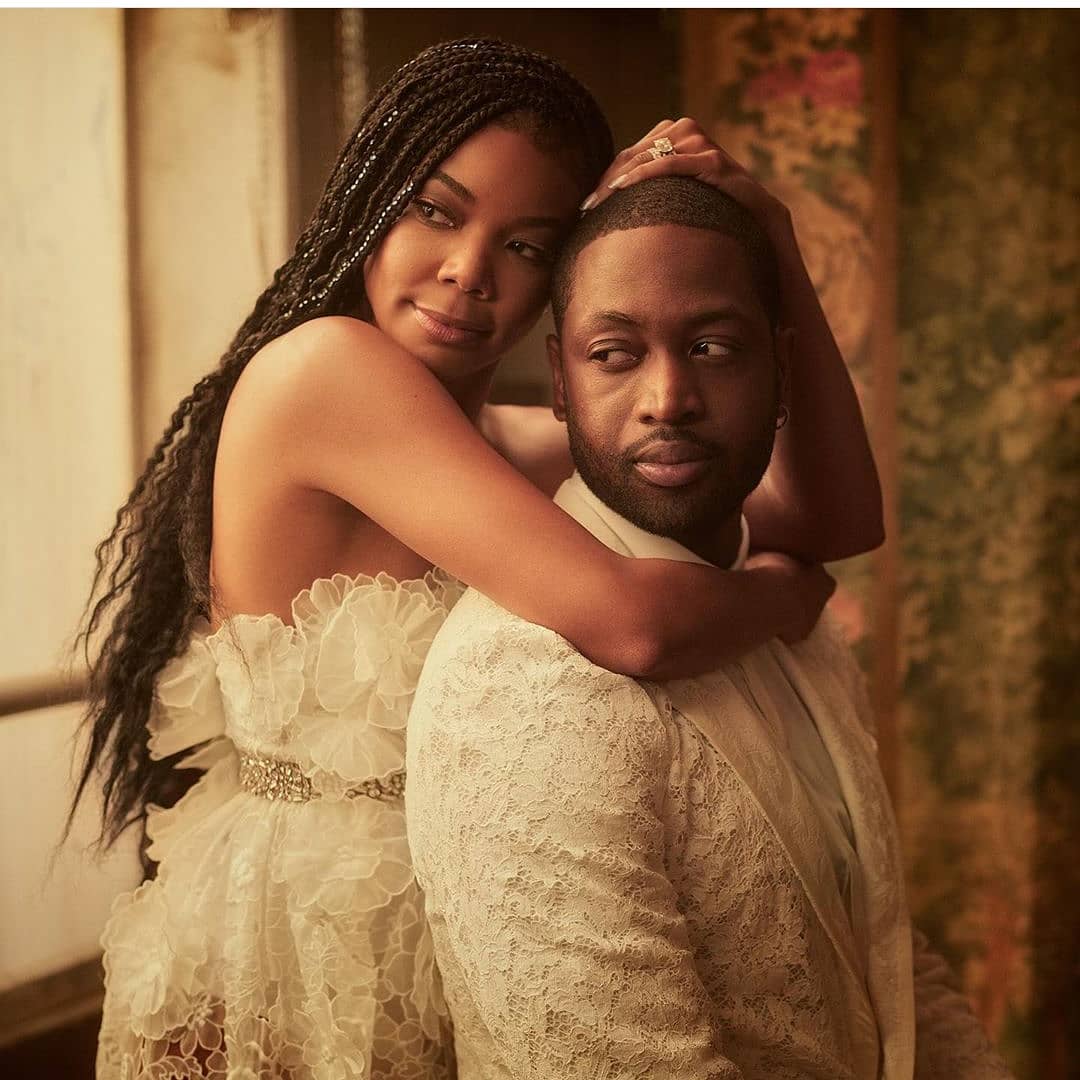 2017: The two embark on their annual summer vacations.

Beyond their awe-inspiring love story, Wade and Union's "baecations" are often the talk on social media. Whether the stylish globetrotters are traveling to Europe or China, they always look like they're having more fun in the sun than the rest of us. 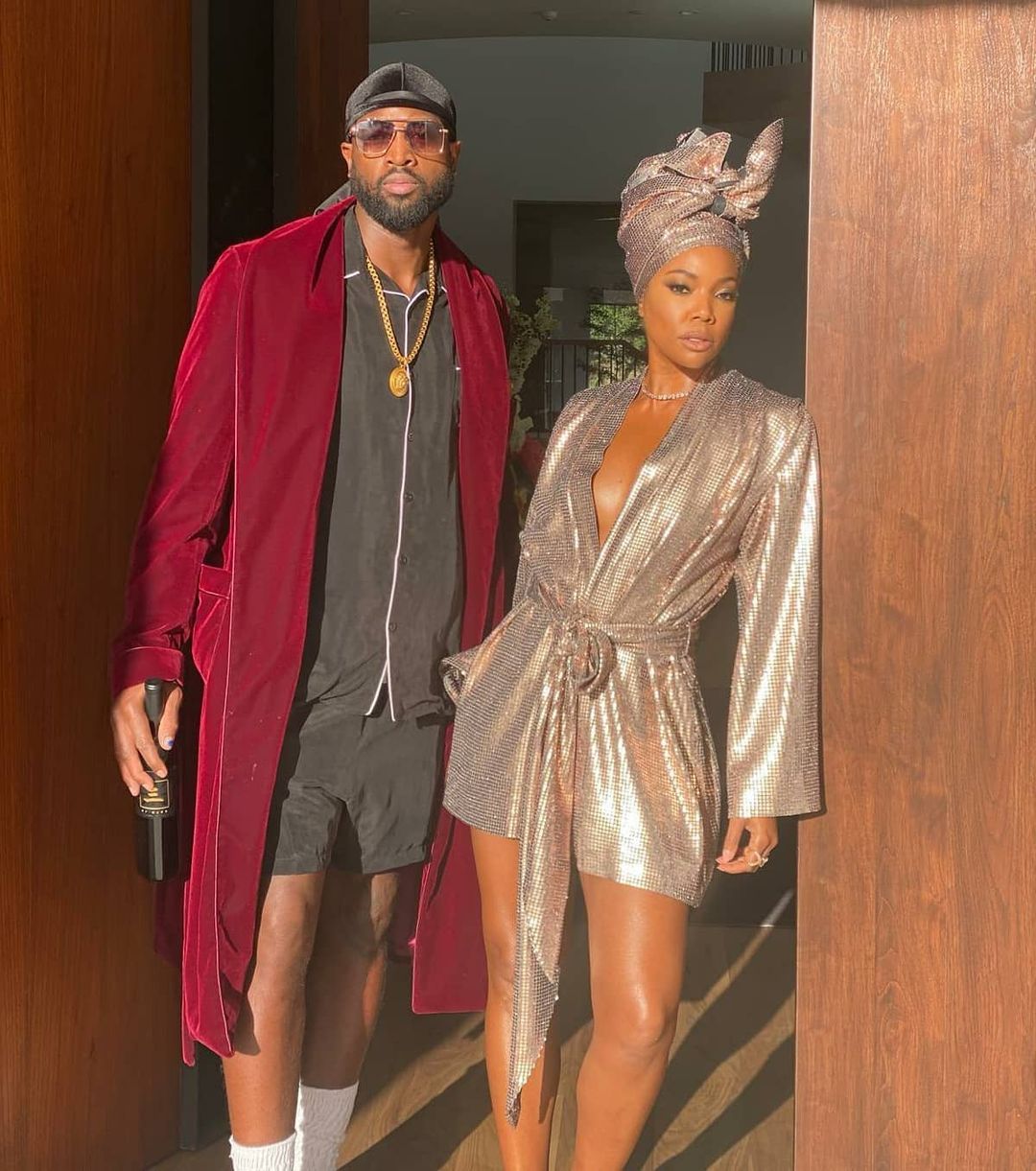 In her memoir, We're Going to Need More Wine: Stories That Are Funny, Complicated, and True, Union wrote about her miscarriages and fertility issues. But the upcoming L.A.'s Finest star also opened up about not wanting kids until she became a stepmom to Wade's sons Zaire, Zion, Xavier, and his nephew, Dahveon Morris, 17. 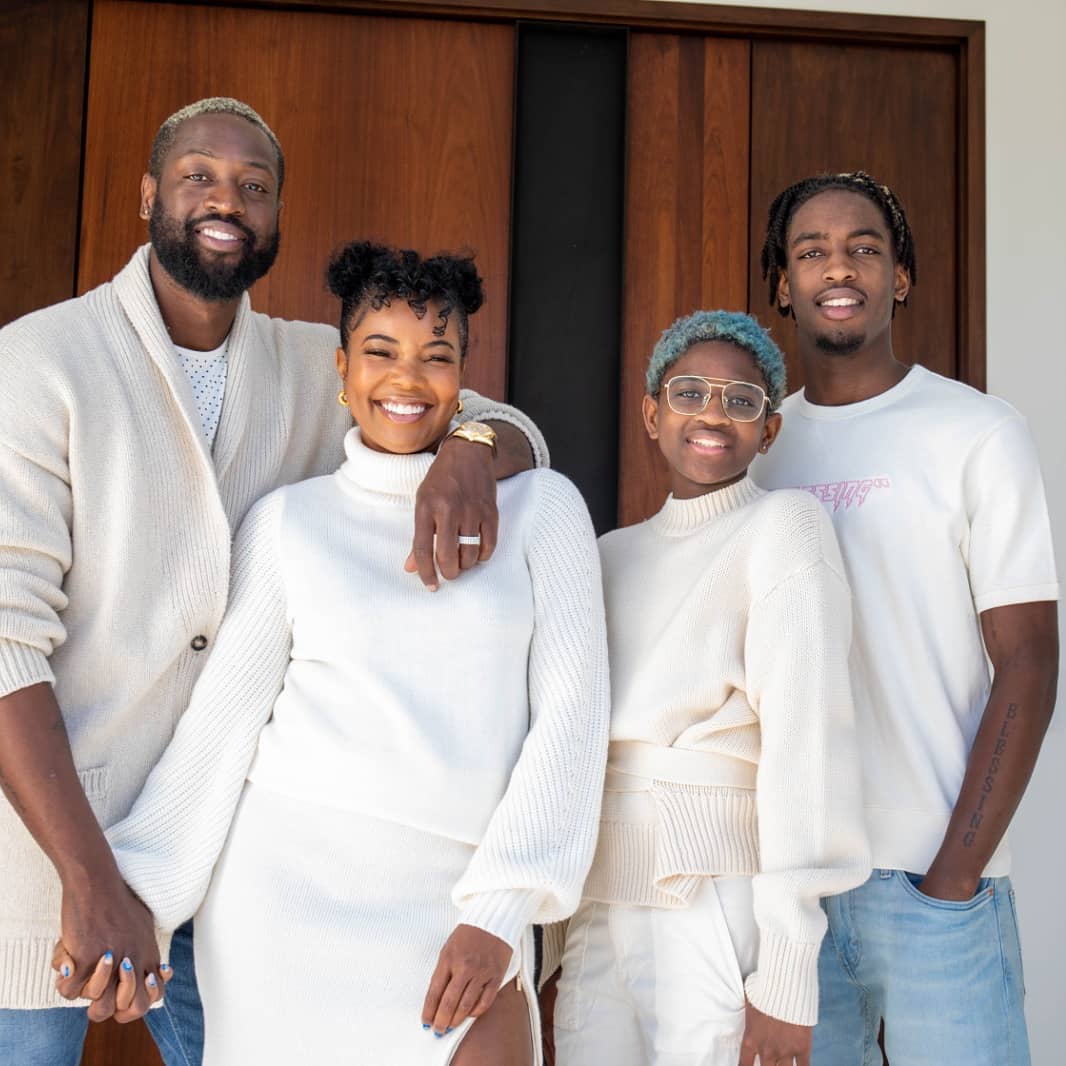 "We had done about three IVFs at this point, and it implanted two embryos—one took," Union explained to Oprah about her first marriage. "We get the pregnancy test. We're very excited. We get the positive results. The doctor gives us this call during All-Star weekend in New York. I'm shaking. Everyone who is around me, we're all just crying. It was the best few days I've ever had in life, and then you go back in for additional testing, and they're gone." 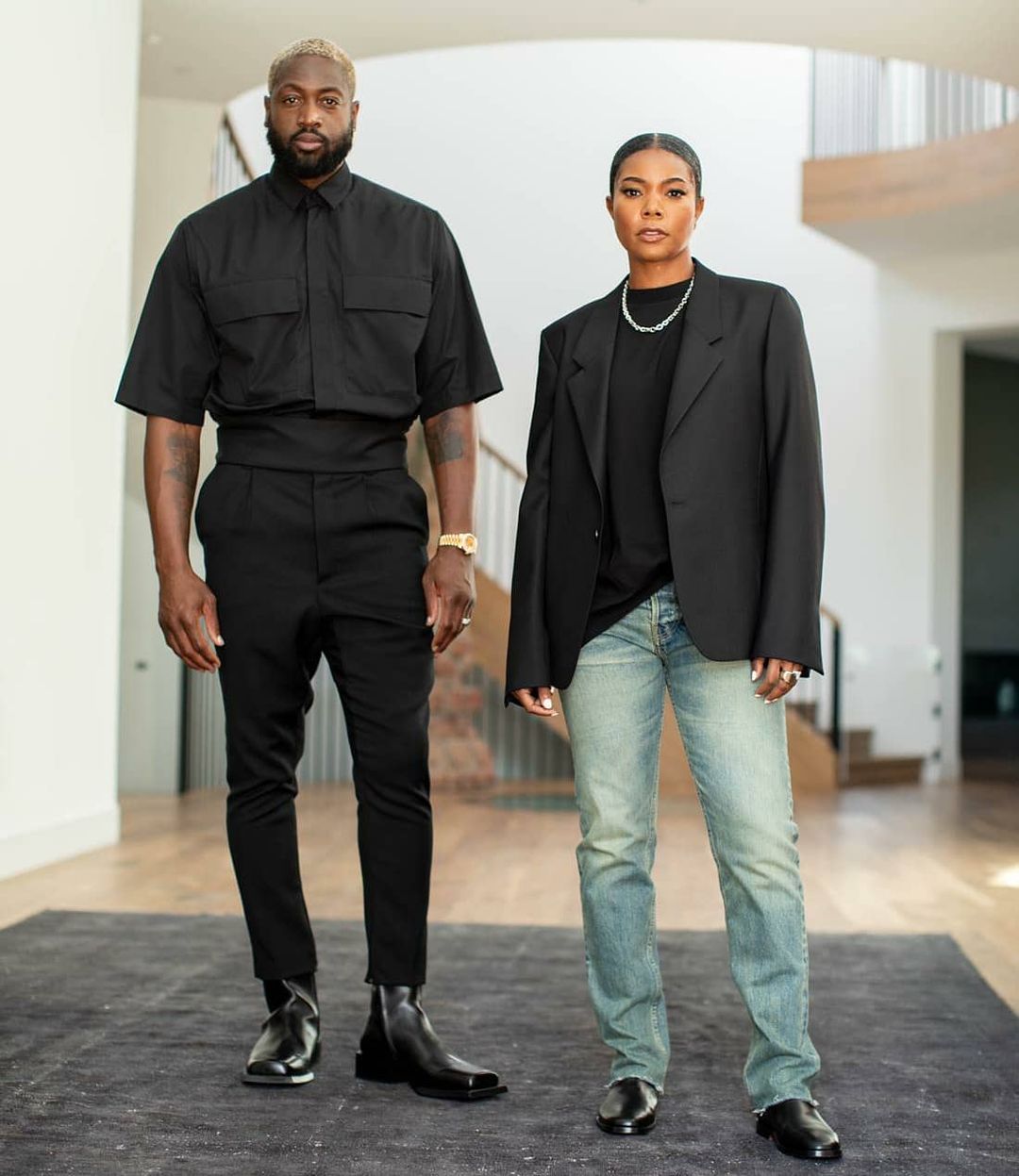 November 2018: Union and Wade welcome a baby girl into the family.

Wade and Union welcomed their first daughter, Kaavia James, into the world via surrogacy on November 7. They announced their "miracle baby's" arrival on Instagram as a day that will "forever be etched" in their hearts. Wade also got a tattoo of his daughter's full name, Kaavia James Union Wade, in China. 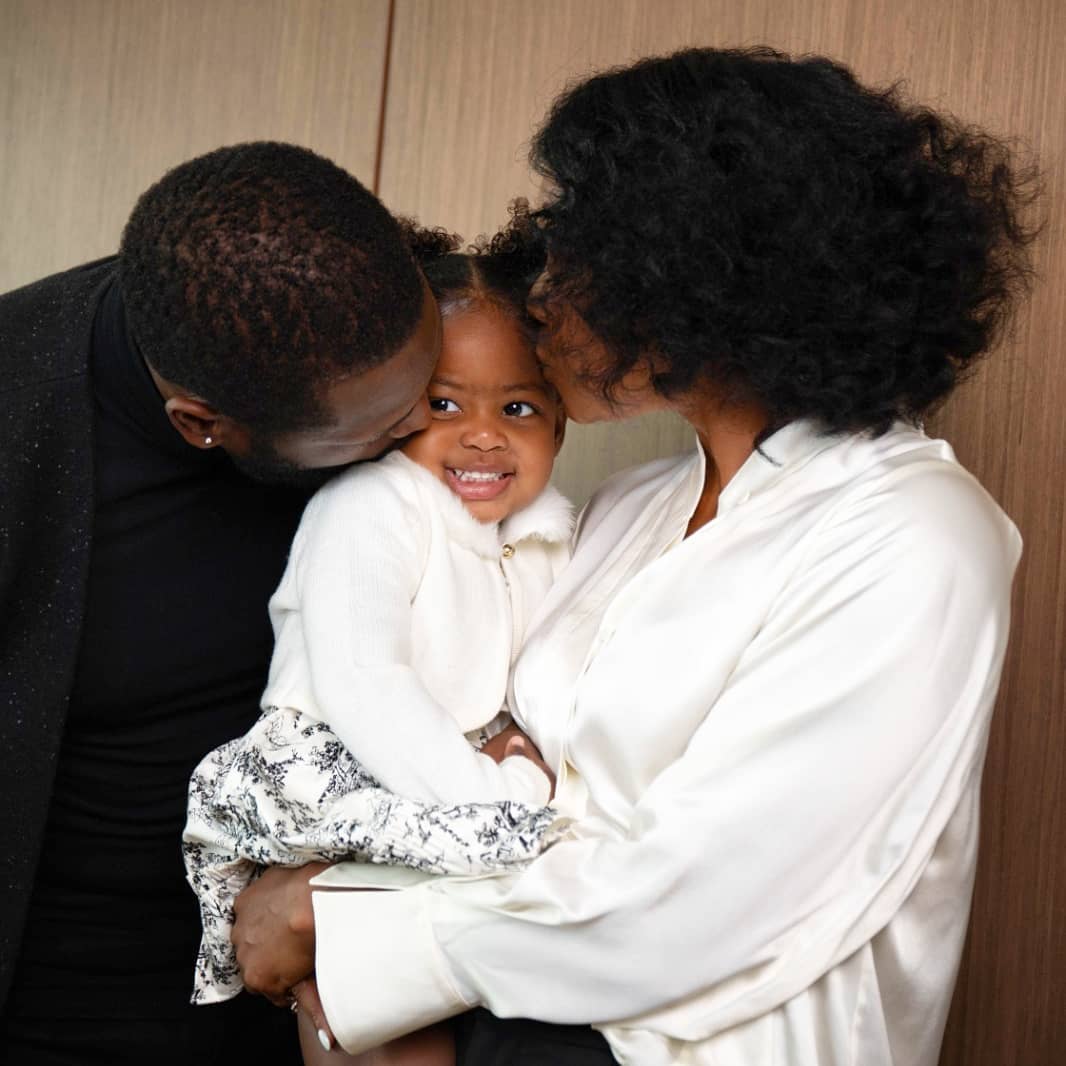 Content created and supplied by: XploreMzansi (via Opera News )