By NEWSTIMEONLY (self media writer) | 5 months ago 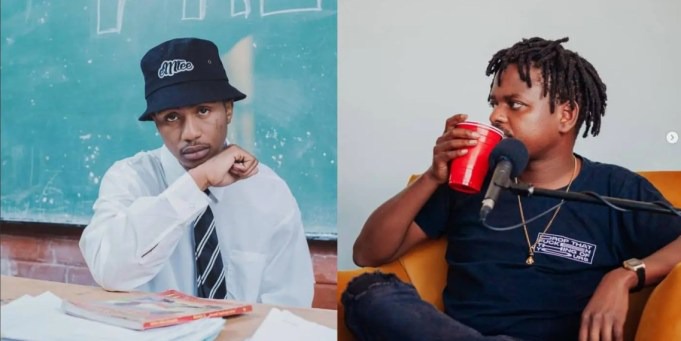 Emtee seems not to favour how MacG has earned his Podcast and Chill success. MacG interviews celebrities and engages them on various topics, both minor and controversial.

He’s interviewed people in the public spectrum at large, and they sang like canaries, providing clarity on issues fans weren’t confident with. 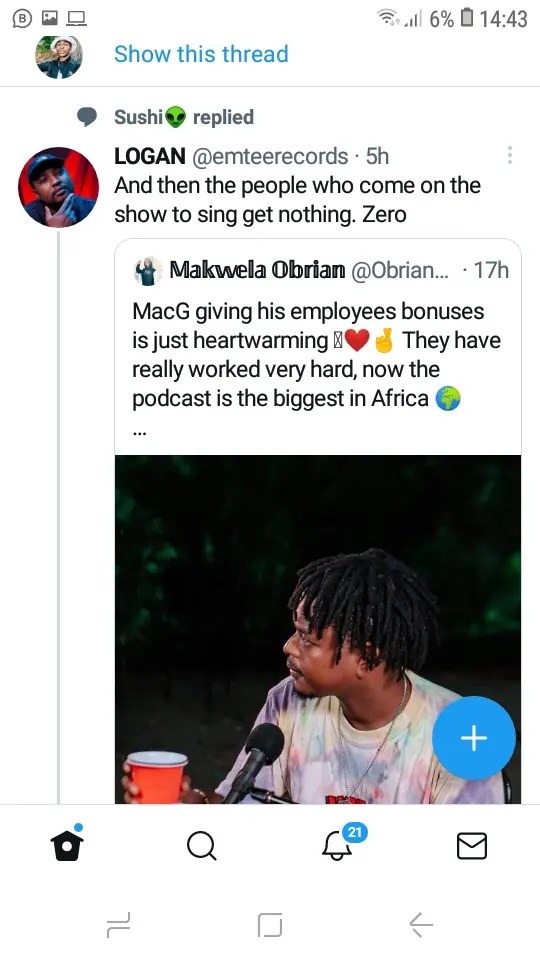 Emtee retweeted that the public figures interviewed on the podcast don’t receive a single cent for their time and sharing their stories; instead, they are used as stepping ladders for MacG to get richer. Tweeps came to call the Roll Up hitmaker for playing the victim.

Emtee was questioned whether public figures get paid for radio interviews, and he was told to shift his mindset from those thoughts. One Twitter user told Emtee that although celebrities don’t get paid, they get exposure because they can tell their tales to a broad audience with 100 000 people. Emtee slammed the tweet about exposure by saying exposure can’t be eaten. 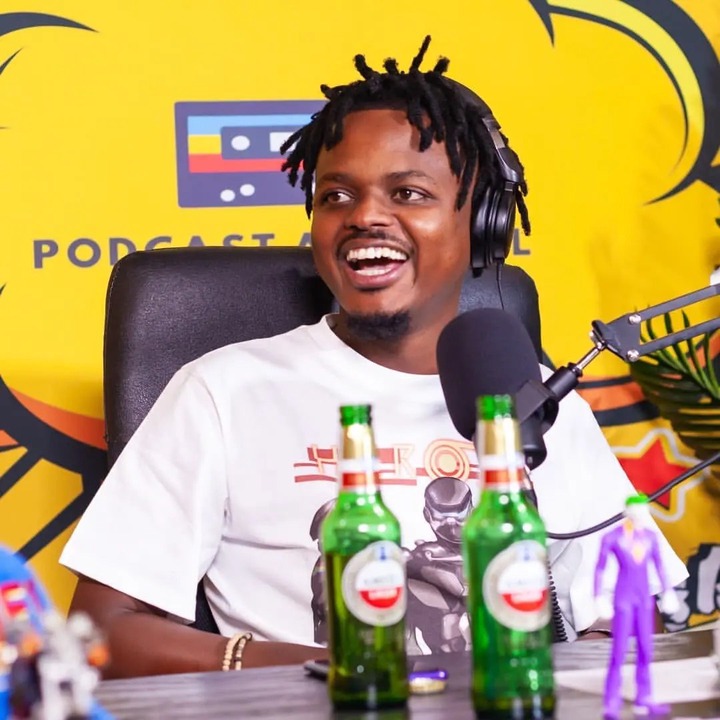 Emtee was a guest on Podcast and Chill 8 months ago on the podcast’s 238th podcast. Emtee revealed a lot of truths about how he was unfairly treated when he was still an artist signed under Ambitious Records. He also spoke about not liking Ambitious Records singer duo Black Diamond. Emtee also touched on his wife allegedly abusing him and his late friend Manando. Perhaps Emtee regrets going there and not getting paid for it.

Celebrities who are proud step mothers/fathers

High blood pressure headaches: What you should do to ease the pressure.