By Mmapula (self media writer) | 6 months ago 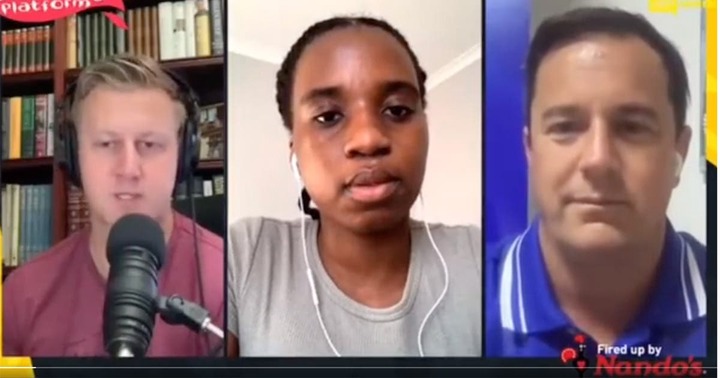 Twitter is aflame as Nando’s feels the grilling! The fast food chain store sparked controversy after promoting a racist stint by Gareth Cliff. The Controversial radio personality topped the Twitter Trends list once again after a clip of his “racist” remark went viral. Cliff told One South Africa Movement member Mudzuli Rakhivhane that her personal experience of racism is “completely unimportant to all of us”. A clip from the show has been viewed more than 450,000 times on Twitter after Rakhivhane posted it with a comment describing the conduct of Cliff and Steenhuisen as “the literal definition of black lives don't matter”. 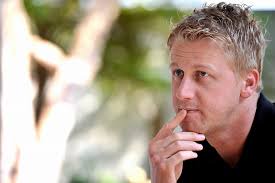 As a result Nando's says it will be terminating its sponsorship of The Burning Platform, following public outrage over comments made by host Garth Cliff.

The news have made EFF's Mbuyiseni Ndlozi. "Nando’s has thrown Gareth Off The Cliff by terminating sponsorship to his online show with immediate effect: his burning platform went up on flames. Gareth has Fallen off the Nando’s Cliff!" Ndlozi celebrated. It's not a secret that Ndlozi loathes racism with passion, hence the celebration. 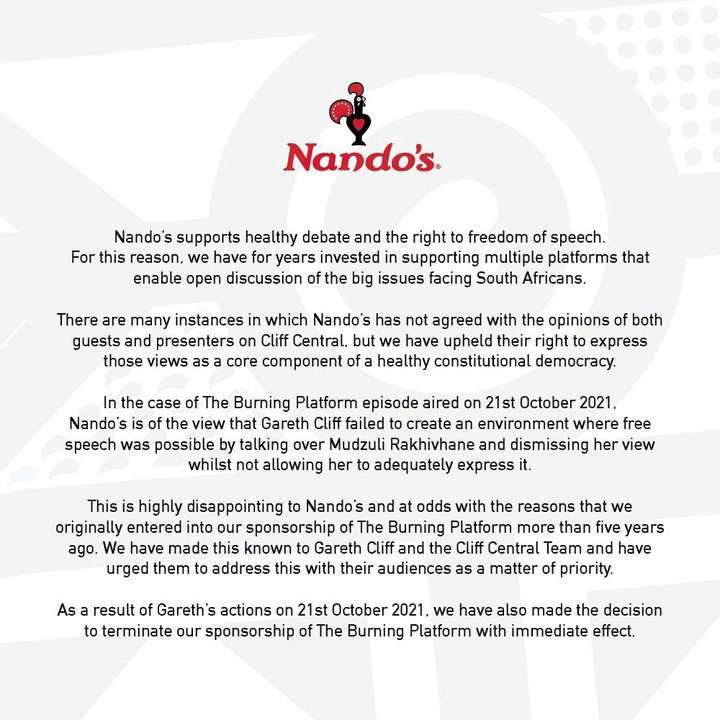 Nando’s "chickened out" after feeling the pressure from the public. Black Twitter was mobilizing for the outlet to be boycotted by masses. This is active citizenship at work. The decision taken by Nando’s is a victory for all South Africans. Well done, South Africa! Together as one - for everyone!

The Department of Health Has Released Crucial Information To The Public