Thembinkosi Lorch's ex girlfriend got arrested after she did this, read what 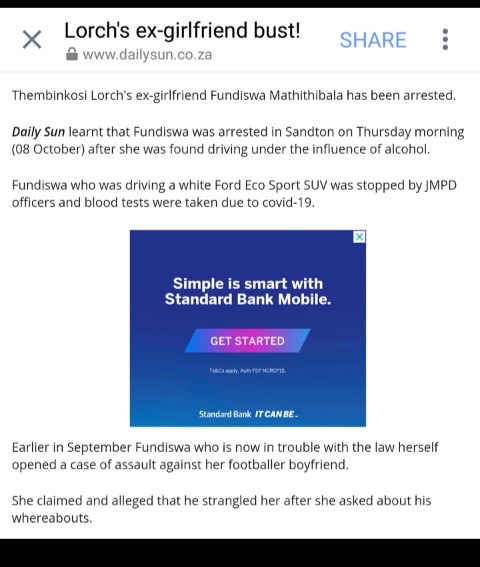 Lorch's girlfriend made headlines when she accused Lorch of assaulting her and those allegations were the talk on social media and people began to worry about Lorch's career as gender based violence keeps shocking citizens with its escalation, as a result, it's not tolerated.

However, the charges has been since dropped and no one knows the reason behind and Lorch has since moved on with Natasha who's also a public figure.

As expected, when you are a public figure, it doesn't matt whether, you are still with a person or not, the minute they break the law or do something inappropriate, your name pops up and Lorch is the victim of his past.

His ex is allegedly arrested for drinking while driving.

Driving while drunk is one of the reckless blunders that driver's make and many have lost their lives due to such irresponsibility.

Lorch's ex also became an example of law when she was arrested for being reckless, she however has been released on bail. 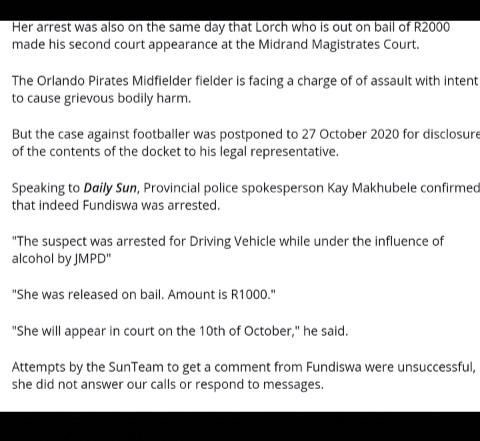 Is it true? The Queen actor SK Khoza (Shaka) arrested?