The Wife teases Behind The Veil, a behind the scenes exclusive for the fans 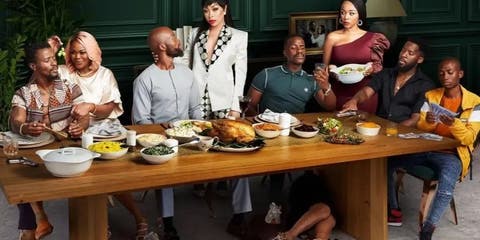 Showmax drama series The Wife teased an 8-part behind-the-scenes exclusive for the fans called Behind The Veil. The popular drama series fans can expect to be taken on a whole new trip of their favorite story. The Wife is an adaptation of a series of 3 Books with the same title by Dudu Busani Dube.

The show became a hit instantly when Stainedglass picked it up and created what has become one of the most streamed shows in Mzansi.

The Wife made headlines again a few weeks ago when the main characters were announced exiting the show. Fans have been unsettled since then, and the news of the third installment was met with more questions than excitement.

It didn’t help that Showmax announced that the show’s production would go on a break.

Some have wondered what would become of the series without Bhut’omdala and some of his brothers as Mondli Mmakhoba was also announced to have left the show.

This prompted Stained Glass productions to release a statement confirming all its lead actors for season 3.

Now viewers can prepare to watch their favorites more as now an 8-part behind-the-scenes exclusive called Behind the Veil has been announced.

This is welcomed by viewers who have since become obsessed with the show. 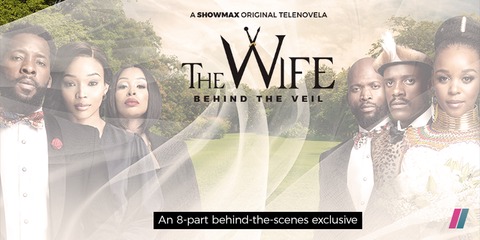 Behind the Veil will take us through the production process and what happens when they shoot some of our favorite show scenes, and fans will learn more about their favorite characters.

A few weeks ago, Khanyisile Mbau, who plays Zandile, shared some footage of what we expect to see; there will be more.

The Wife is a love story that details a family of brothers in the very dangerous taxi business. These brothers meet rivals, including the Majola brothers, but these brothers also create drama within their own families. Mqhele Zulu, who Bonko Khoza plays, stole his brother Qhawe’s girlfriend. Kwenzo Ngcobo plays Qhawe.

Qhawe is going to be the main character of the third season, Naledi, his love, which focuses on him falling for a plus-size lady who is struggling with her body image. Gaisang K Noge will play Naledi and thus create controversy because Gaisang is not considered plus-sized. According to the book, Naledi is conscious of her body because of 9f her weight.

Behind The Veil might give us answers to all the questions we all need answers to, like how they shot that iconic love scene between Nkosana (Mondli Mmakhoba) and (Khanyi Mbau) who plays Zandile.

Behind the Veil promises to be another hit as the fans have already expressed their anticipation, so the production had better bring it.

Mzansi Is Left Happy With This Man Who Swap Culture In #CultureSwap Show. Here Is What He Did