Tension brewing in Uthando Nesthembu. MaCele does not agree with the suggestion made by Bab Mseleku.

By CaseReview (self media writer) | 1 month ago

Tensions are flaring at the Mseleku household.

In the latest episode of Uthando Nesthembu saw many fans being angry about the plan of actions that is being proposed by polygamist Musa Mseleku.

Business tycoon and polygamist Musa Mseleku is married with four wife's. His mission is to extend the Mseleku clan and wants to have as many sons as possible. It is unfortunate that his fourth and youngest wife Makhumalo is struggling to conceive.

This being a sensitive issue Musa Mseleku has given her unwavering support during all her operations and none were fruitful. As such Musa proposed that how about the first wife's son MaCele be taken to be the son of Makhumalo so that she can also have a child from the marriage. 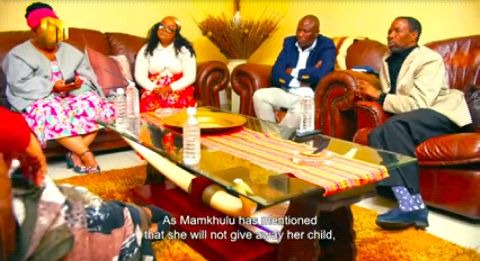 What followed was Musa taking all his wife's to the chief so that they can be convinced and see that this practice has been happening since that beginning of time. The chief whom is wearing a grey blazer narrated that his father whom he succeeded was a polygamist and one of the wife's could not be able to beat him children. His first wife was able to beat children and one of her son's was then taken at a young age to the second wife whom could not have children. This was done to preserve the family name and also in the unfortunate event that the chief passes on all the wife's can get an equal share of the assets because they all had children with the chief. 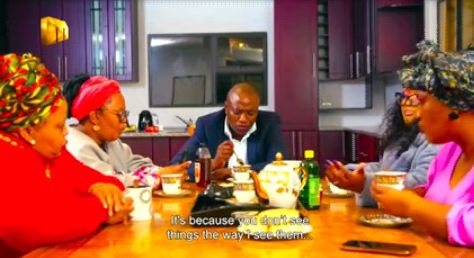 What followed was not pleasant as Musa took his wife's to have a meeting about what was said by the chief and sparks flew between MaCele and Makhumalo. Makhumalo innocently said " I wonder how will Lwandle feel about being given over to another mother when his biological mother is alive". MaCele blew a casket at such a suggestion as she is vehemently against it. She immediately left the table and decided to go to her house. This is understandable as no women would voluntarily give away their child when they love them dearly. 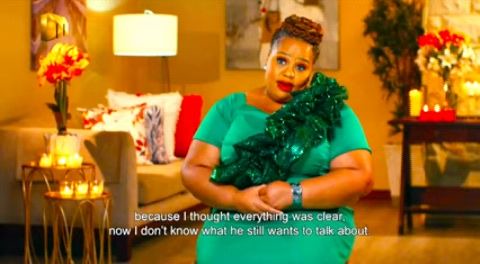 MaCele narrating how she was hurt by the statement made by Makhumalo. She did not take kindly to it all all.

Musa tried to bring peace and calm between the wife's but his efforts were futile. MaCele like any women who have birth knows the pain of bringing a child into this world is not easy and would not appreciate one of her son's being taken away from her.

On the other hand Makhumalo did not bring this unto herself and has tried several operations to help her conceive and none were successful. It is heartbreaking seeing her always being silent when the issue of children is being discussed. Musa was merely trying to help and this was blew out of proportion.

MaYeni who is the second wife is famously known for playing candy crush during a serious family meeting. This could be her coping mechanism as she says she does not want to comment much on issues that does not concern her because her comments could be seen as being insensitive. She mentioned that this issue should have been discussed privately between Mseleku and the first wife and between himself and Makhumalo not infront of other wife's as this does not concern them.

Issues around polygamy and fertility are challenging and Musa is seen trying by all means to restore peace and extend his family name however where there are several wife's tensions will always be there.

Content created and supplied by: CaseReview (via Opera News )