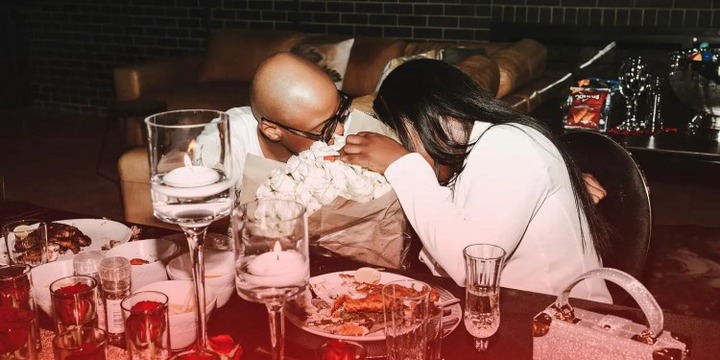 Makhadzi"/>Master KG, a well-known hitmaker and excellent producer, tweeted a happy birthday to his girlfriend Makhadzi. A birthday cake emoji with the text "Birthday ya Imama" and two red hearts can be seen on his tweet. "Welcome to 26, My Queen," he wrote after adding some loving emojis.

He included a seductive image of the African Queen on her birthday along with the tweet. She is clad in a blue dress with a romper on one side and a dress on the other in the photograph. Makhadzi wore a crown on her head to further emphasize the regal aura she exuded.

Her birthday attire was fantastic. She was dressed in a royal blue gown. Rhinestones adorned the top of her chest area to add an extra touch of glitz. Rhinestones hung down from the bottom of her shorts to her thigh. She was holding a birthday cake because it was her picture on her birthday.

Although Makhadzi's birthday cake was plain, the decorations suited her. Her cake had one tier and was white. She added edible golden foil particles on her cake. The cake has the phrase "Birthday Queen" written in gold.

In the comments, a lot of individuals expressed their admiration for the Salungano hitmaker. As he wished his queen a happy birthday, plenty of his supporters did the same. The same audience supports both Master KG and Makhadzi. As they come from the same location and produce music that is similar, Master KG is beloved by Makhadzi fans and vice versa. They are the best celebrity pair, many of their followers continued saying. 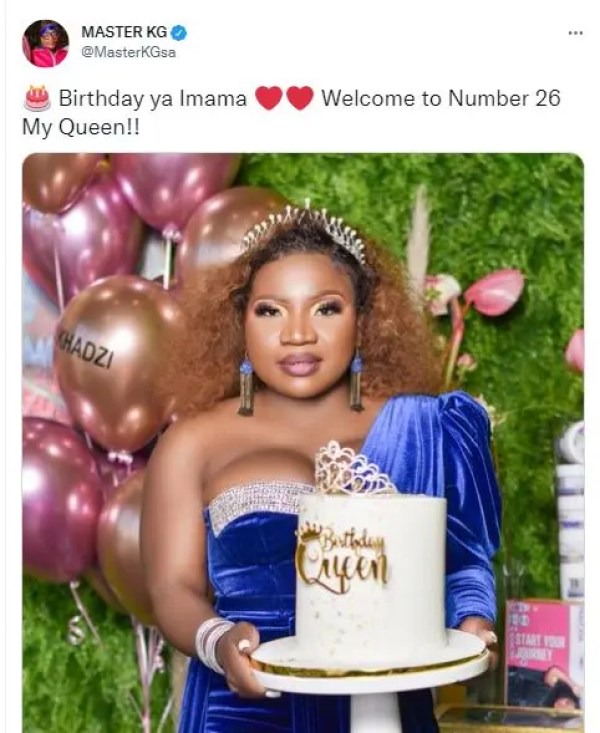 Why Master KG tweeted the image at night as opposed to during the day or morning was a topic of discussion. These followers thought that was pretty unromantic of him. In the morning, a man should unquestionably tweet or write about the woman he loves.

Some followers chose to retort in the midst of all those remarks and well wishes. Some made light of Master KG's use of the terms "birthday ya mama" in his language. He was expected to say, "Happy birthday, imama," in Mzansi. We may appreciate his error because he is Pedi even if the correct term is in Nguni. 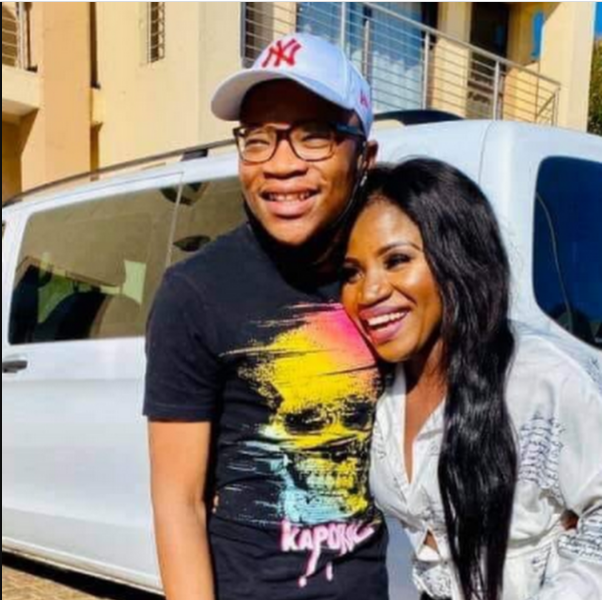 When it was learned that Makhadzi was 26 years old, one person decided to poke fun at her. She stated that she believed the vocalist to be in her forties. Any assault on the queen is a provocation in the eyes of the Kadzinators. Attacks on one specific tweep came from all directions.

At first, Makhadzi and Master KG's relationship was sporadic. They are now inseparable and their affectionate photos and videos make the internet melt. Makhadzi is typically the first to test-drive his vehicles as well.

Earlier this year, Master KG organized a lovely Valentine's Day celebration for Makhadzi. He reserved her a full dining room and engaged her for a private musical performance. Later, we witnessed Makhadzi's mother being introduced to by Jerusalema hitmaker.

Makhadzi is a loved woman who is aware of it. Although they don't constantly post about their relationship on social media, the couple still works together. The amount of fantastic musical collaborations between the two is too numerous to count. With a partner who appreciates and supports her in her job, Makhadzi is composed and solid.