Reason why IDOLS SA JUDGE got FIRED from radio 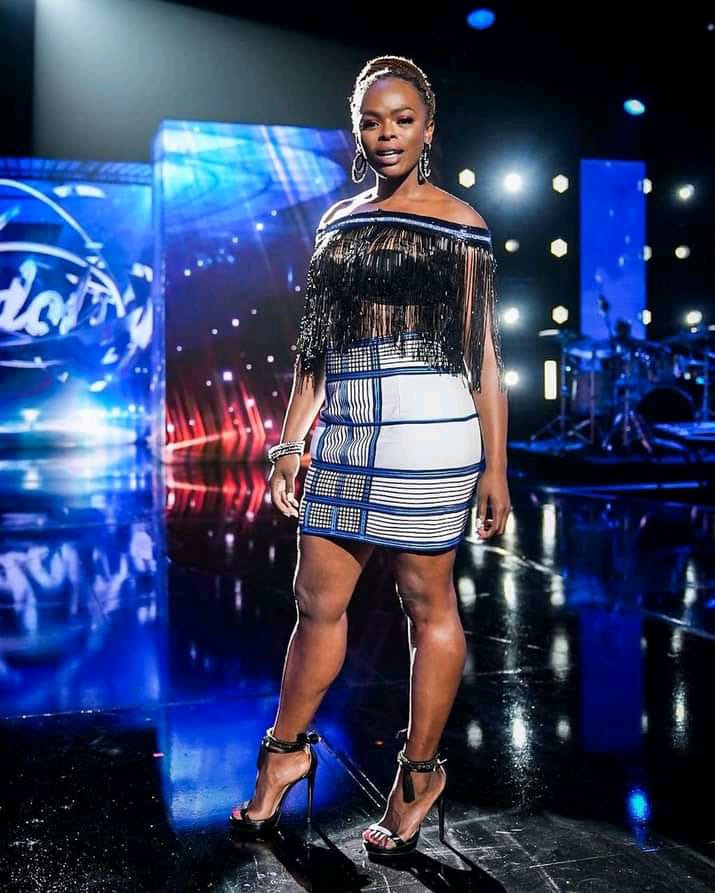 Johannesburg- There are always two sides of the story and the truth always comes on top. This has been the case now on Idols SA judge, Unathi Nkayi following the news of her dismissal from the Kaya FM last week.

Mzansi Celebrity News has learnt the real reason that led for her to be fired.

The issue started when she had an altercation with her colleague, Sizwe Dlomo, who hosts an afternoon drive show, which comes after her own show.

According to the sources, Unathi has been having arguments with Sizwe regarding his late coming and this affect their hand over. She claimed that Sizwe assaulted her verbally and used the f* word on her. 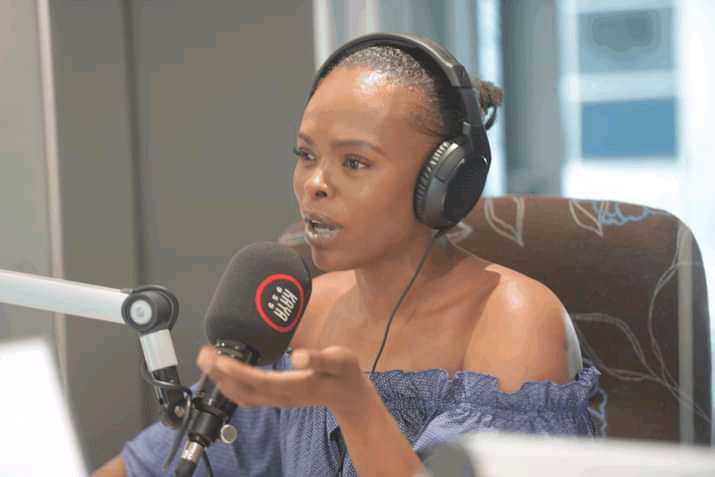 Unathi claims that Sizwe makes it difficult to work with and she now fears for her life. The latest incident which results in this situation she is in now is when she alleged that Sizwe came late again for his show and she was very much frustrated.

She then took the matter and reported it to the human resources manager who waited until Sizwe finished his show and asked him about the alleged assault. Sizwe denied it and ask the management to check the recordings since the microphones were on. This was easy to prove who had problem, therefore Sizwe acted swiftly.

When Sizwe got late for his show, she accused him of not being an expert and verbally accusing her.

"Sizwe was supposed to come to his show and release her. The radio hosting rules stipulates that the host can not leave until the next host arrives, so she was angry that Sizwe was late," said the source.

Unathi demanded that the HR take this complain very seriously. They thought Sizwe threatened her because she said she was afraid of her life and couldn't work in such environment. She said if Sizwe continues to broadcast, she will go to social media and ask EFF for help.

Unathi was given to withdraw her claim after listening to the tape and she refused, demanding that Dlomo he taken off air.

Dlomo then filed a complaint against Unathi, accusing her of misrepresenting him. "Sizwe came with voice memos and screen grabs. He denied complaining about being an expert until Unathi exploded the day before," said the source.

“Kaya 959 can confirm that a particular incident has occurred. As a result, the trust between the two has been lost. The business can further confirm that due process has taken place, and therefore. It has been decided to break up with Miss Nkayi, “the radio station wrote. 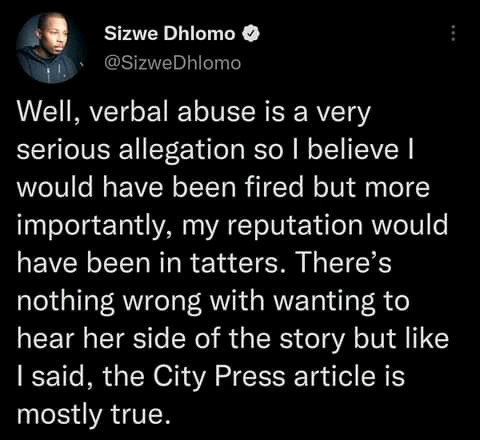