Boseman, known for the superhero movie "Black Panther," received the Golden Globe for his role in the drama "Ma Rainey's Black Bottom," where he played an ambitious jazz trumpeter in the 1920s. 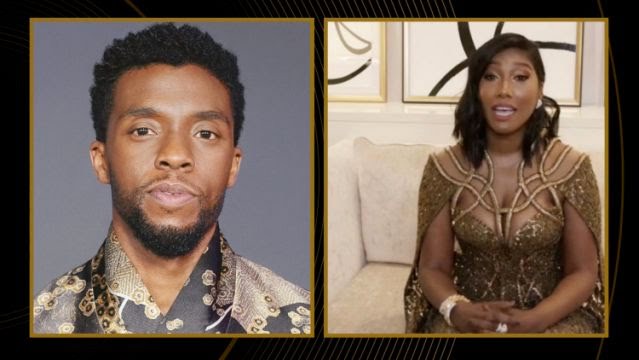 But it was his widow, Simone Ledward Boseman, who gave a moving speech as she accepted the award through tears on her husband's behalf.

"He would say something beautiful," she said. "Something inspiring. Something that would amplify that little voice within all of us that tells us we can. That tells us to move on, that reminds you of what you were born to do at this moment in history.

"I would thank Mr. George C. Wolf, Mr. Denzel Washington, Viola Davis, a lot of people at Netflix (...) and I don't have their words, but we have to take every moment to celebrate those we love. So thank you to HFPA, for giving me that opportunity, "he added.

"Ma Rainey's Black Bottom" was Boseman's last performance in a movie, and Sunday's Golden Globe was the biggest award of his film and television career.

Boseman died in August 2020 after keeping a four-year fight with colon cancer a secret.

With information from Reuters. Reporting by Jill Serjeant. Edited in Spanish by Lucila Sigal

Kelebogile from Skeem Saam causes commotion on instagram with her recent pictures in Durban.

A Man Organised Funeral Service For His Dead Dog; See The Expensive Coffin He Used

Another video was released showing a schoolgirl beaten up near the school gates.