8 Actors Who Completely Changed Their Image In One Film 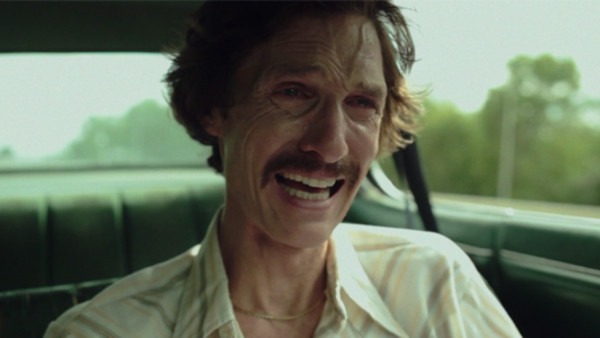 Matthew McConaughey has risen to become one of Hollywood's top A-listers in recent years, thanks to a string of hit performances and box office hits. Many others, though, still remember him as the rom-com slick man who made him famous in the 2000s.

McConaughey began his career as a character actor, portraying eccentric side roles in indie films until he reached widespread popularity in rom-coms, in which he frequently played the charming yet cocky leading guy who is finally tamed.

His filmography included films like The Wedding Planner, How to Lose a Guy in 10 Days, Failure to Launch, Fool's Gold, and Ghosts of Girlfriends Past.

In the film Dallas Buyers Club, McConaughey shed 50 pounds to play an HIV-positive guy and gave an incredible performance that has since become a modern classic. McConaughey shattered his muscle-bound reputation in one role, winning an Oscar for his incredibly emotional, complex, and fascinating performance.

His roles in Hollywood abruptly shifted, and he is now a riveting leading man who dominates the box office and receives award nominations for nearly every film he appears in. 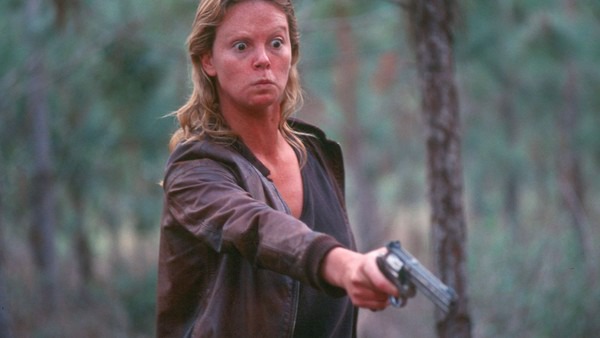 Charlize Theron is currently one of Hollywood's top leading ladies. With her extraordinary range, Theron has dabbled in a variety of genres and characters, wowing audiences in each one. She is, more often than not, the main attraction around which a lot of the marketing will be centered. She promotes a film. However, many people are unaware of how her career began.

Theron used to be a glamorous model who was sought after for her stunning appearance and was placed in big-budget films. But she was little more than a gorgeous face. Theron played the seductive starlet love interest in films like The Cider House Rules, Mighty Joe Young, The Devil's Advocate, and The Italian Job. However, when Patty Jenkins Made Monster, everything changed.

Theron played real-life killer Aileen Wuornos and delivered an immensely unsettling portrayal after adding 50 pounds and cleaning up her appearance. Suddenly, Theron was recognized not only for her beauty but also for her ability as a dramatic actress, receiving an Oscar for her performance. After just one film, Theron was catapulted into A-list territory and became the main actress in films such as The Old Guard, Mad Max: Fury Road, Bombshell, and Longshot. 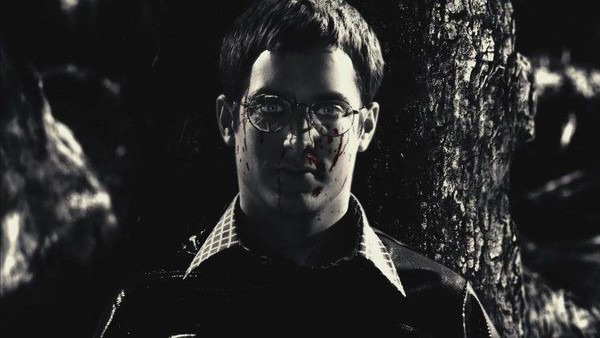 Elijah Wood is a young actor who rose to prominence in the late 1990s and early 2000s. He began acting as a child and capitalized on his adorable side to land job after role, his first being in Back To The Future: Part 2. Wood, on the other hand, did not begin to change his image until later in his career.

Elijah Wood is most known for his role as Frodo Baggins in the original Lord of the Rings trilogy. Wood portrayed a rambunctious hobbit on a quest for adventure, friendship, and nourishment in Middle Earth. Wood's most well-known part gave him an adorable, boy-child image that Hollywood branded him with, but he had other ideas.

Following the completion of the Lord of the Rings trilogy, Wood was ready to try something fresh and break free from Frodo's benign shadow. He couldn't have chosen a better location than Sin City.

Wood portrayed Kevin, a crazed, silent cannibal, in the black-and-white murder thriller. Elijah was no longer the Frodo-like lovely man after this, and he was better suited to violent, gritty characters in films like Green Street Hooligans, Maniac, and The Pawn Shop Chronicles.

Sandra Bullock - The Blind Side 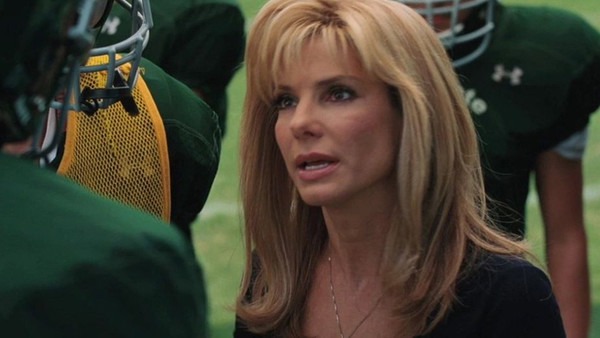 Sandra Bullock is a modern movie stalwart, having appeared in and thrived in a variety of genres and styles. Bullock has more than enough charisma, skill, and range to keep audiences coming back. She is frequently the leading lady, the key figurehead of a film that brings it all together. Most people, though, are unaware of her humble beginnings.

Sandra Bullock began her career as a lovely side character, despite the fact that she is now a leading actress. She was constantly cast as the love interest in films like Demolition Man, Speed and Me, and The Mob. She became the classic straight-laced romantic as she dived deeper into this persona and launched a spate of irrelevant chick films and rom-coms.

Sandra Bullock subsequently starred in The Blind Side as Leigh Anne Tuohy, an adoptive mother of a homeless adolescent who discovers he has a special gift for football. Her Oscar-winning performance catapulted her into a new era, with roles in films like Gravity, Extremely Loud and Incredibly Close, Oceans 8, and Bird Box. Bullock proved herself to be more than a rom-com leading lady in one role, delivering depth and empathy to her characters.

Melissa McCarthy - Can You Ever Forgive Me? 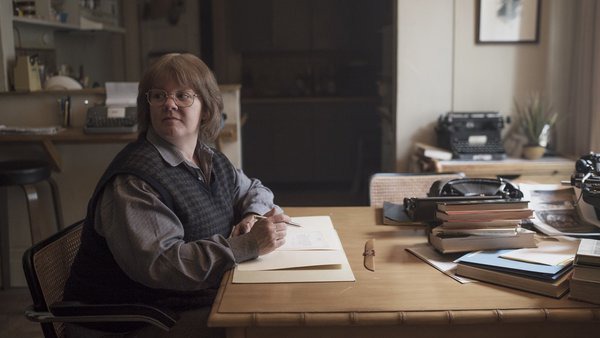 Melissa McCarthy is the endearing actress who most people would recognize from one of her films. She couldn't be stopped in the 2010s, starring in multiple big box office hits and bringing her unique charisma to every job. McCarthy's Hollywood star has been turning around in recent years, possibly for the better.

McCarthy is most known for her distinctive role as the comedic relief side character in your favorite PG-13 comedy films. Bridesmaids, Identity Thief, The Hangover: Part 3 and a slew of others are among them. In some of these films, such as Spy and The Heat, she plays the lead, yet she always plays the same, safe persona.

McCarthy starred in the film Can You Ever Forgive Me, a character study of Lee Israel, a writer who made a living faking letters from dead playwrights and authors. McCarthy's Oscar-nominated performance wowed audiences by diving into Israel's character, including her alcoholism and writer's block. McCarthy has transformed into a wonderful dramatic actress and has shifted her concentration to more serious roles.

Emma Stone is one of the most well-known actresses of the twenty-first century, having featured in a wide range of films and excelling in each one. In the span of a few years, she can portray the girl next door, the insane villain, and the endearing leading woman. Her career, on the other hand, has just been altered in the last few years.

Emma Stone began her career as a rom-com and easy-to-watch comic actress with a lot of charm. Stone succeeded in these parts as the smart, cute girl in films like Superbad, The House Bunny, Zombieland, and Easy A, gaining a significant following and gaining countless more roles as the years went on.

Then there was Emma Stone's role in Birdman. Supporting Michael Keaton's impassioned performance is a difficult act to follow, yet Stone shone just as brightly as her co-star, resulting in critical and financial acclaim. She was nominated for an Oscar and a BAFTA for Best Supporting Actress, and she shot to fame as a full-fledged actress.

Emma Stone has won an Oscar and a BAFTA for her part in La La Land, as well as nominations for The Favourite, since Birdman. Stone has progressed from her raunchy comedic days to a major dramatic acto. 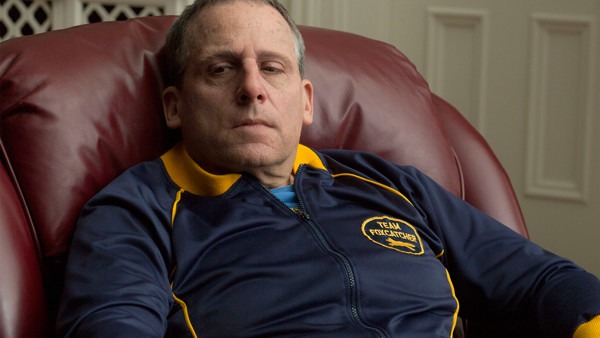 Steve Carell is the endearing and endearing actor who has played some of the most memorable film and television roles of the twenty-first century. Carell stole viewers' hearts with his characteristic odd comedy and love of improvisation, and he has remained there ever since. He is one of Hollywood's most versatile actors, although his career didn't take off until 2014.

Carell is most recognized for his portrayal as Michael Scott on The Office, which earned him a large following and popularity. Carell stayed true to his comedic beginnings, having made his name with Bruce Almighty and its spin-off, Evan Almighty.

Carell's stunning portrayal as John Du Pont, the sinister, evil instructor, surprised critics and audiences when Foxcatcher was released in 2014. His trademark hilarity was gone, replaced by a truly terrifying performance that earned him his first and only Academy Award nomination. Carell has taken on increasingly dramatic parts since Foxcatcher, including The Big Short, Freeheld, Vice, and Last Flag Flying. Michael Scott has gone a long way since he was a child. 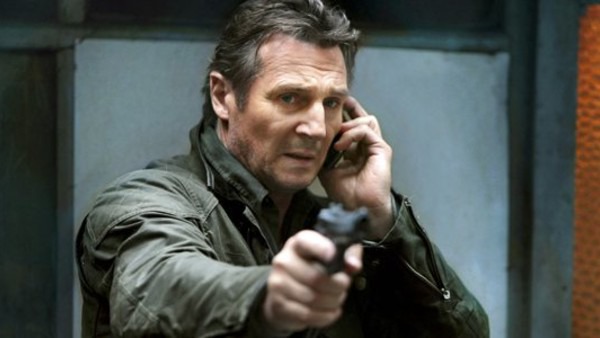 Liam Neeson is a well-known actor in Hollywood, having acted in films such as Star Wars, The Dark Knight Trilogy, Men in Black, and The Chronicles of Narnia. Over the course of his career, he has accumulated over 138 acting credits and is one of those instantly recognizable faces and voices. However, it has only been in the last few years that he has made his most famous professional change.

Originally, Liam Neeson was a typical dramatic actor who eschewed typecasting in favor of recognized parts. He went on to have a successful career as a serious actor, winning an Oscar and a BAFTA for his starring performance in Schindler's List.

Neeson was suddenly a full-fledged action star after playing the gruff-talking, punch-throwing Bryan Mills. Normally, a muscle man would begin his career as an action star before transitioning to more serious roles, but Neeson did the opposite. In films like Non-Stop, The A Team, A Walk Among The Tombstones, and The Grey, he played comparable hit men/tough guys. Liam Neeson completely transformed his image and established himself as a modern-day action hero. 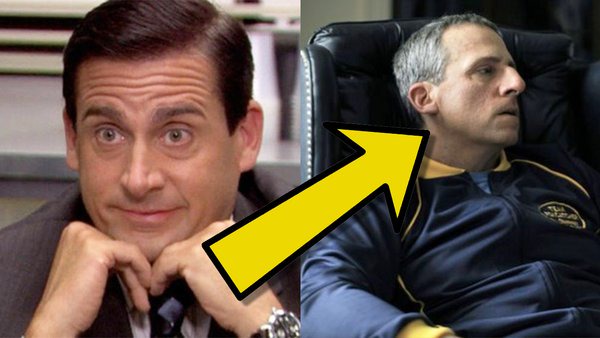 Remember Simmy the hit maker of uMahlalela, check out her pictures in real life.