A well-known comedian and self-proclaimed presenter, SABC Livhu faced many setbacks last week. Last week his wife accused him on social media of abusing her. His sponsors were quick to respond and distance themselves from his online shows.

Five years ago, Livhuwani Madadzhe, better known as Captain SABC Livhu, was trying hard to change his life. In 2017, he was arrested on fraud charges for fraudulently stating his mother's death and demanding insurance money. he has responded to this setback by actively participating in community upliftment projects, trying her best to help those in need. 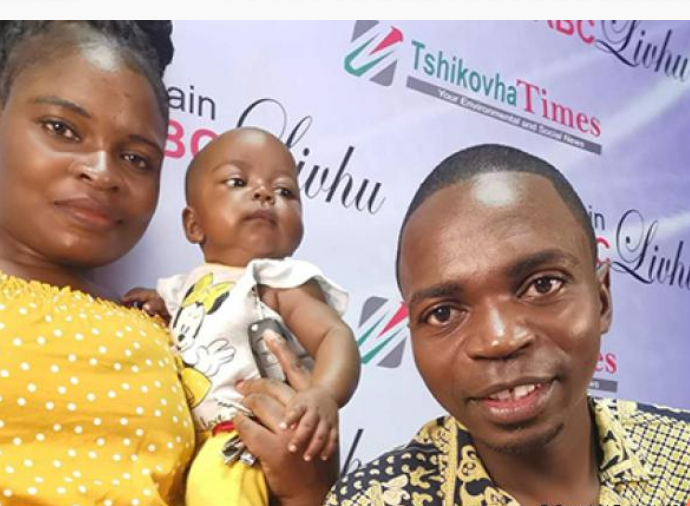 Last Wednesday (August 11) in a live video on Facebook, Madadzhe's wife, Lindelani Nengovhela, became involved in the comedy and described the past few years of her marriage as a very difficult time. She said her husband beat her "like a snake found in a house". He said he once hit her, using a cane stick, on her buttocks.

“For many years now, I have fought hard, and I have also learned to drink alcohol to ease my pain. I'm also thinking of getting Jane, so she can contact me on drugs. ”(It was about Jane Tahulela, an addict who helped Madadzhe.) According to her Facebook testimony, her husband even threatened to kill her.

“I have had enough of his abuse, which is why I have come out in the open. I have been silent for a very long time, and if I continue like this, I will end up dead and people will not know what happened, ”he said.

Facebook posts turned Venda down and got a lot of support. The revelation also led SABC Livhu's supporters to distance themselves from him. It started with Panda Studios, followed by NRand and Red apple. The following announcement on the Facebook page Studios on Facebook appeared as follows:

“Panda Studios is deeply disturbed by allegations of violence against women against Livhuwani Madadzhe. As the owner and presenter of such a popular social media platform, we expect SABC Livhu to be an advocate against GBV, rather than a perpetrator. We will immediately stop supporting and supporting Captain SABC Livhu Online. ”

On Friday, everyone expected Nengovhela to file a case of assault with the local police, but she changed her plans and said she forgave him.

“A wise woman puts her family first; she thinks about the future of her children first. Livhuwani is now committed to family building. My husband apologized and wanted us to start a family. I am doing this for my family, ”he said

He later deleted all allegations made against him on his Facebook account.Livhuwani did not deny the allegations but instead wrote a letter of apology to his wife and supporters.

“I am writing to Mama a Muofhe (Na Lushaka) to write this community letter because of how sad I feel about what I have put in place ten years ago after our marriage. Sorry for the inconvenience, but thank you for your continued support.

If this shark can swim, please humbly apologize, I know you are annoying me right now, but I will keep my promise.