By CelebsExposed (self media writer) | 7 months ago 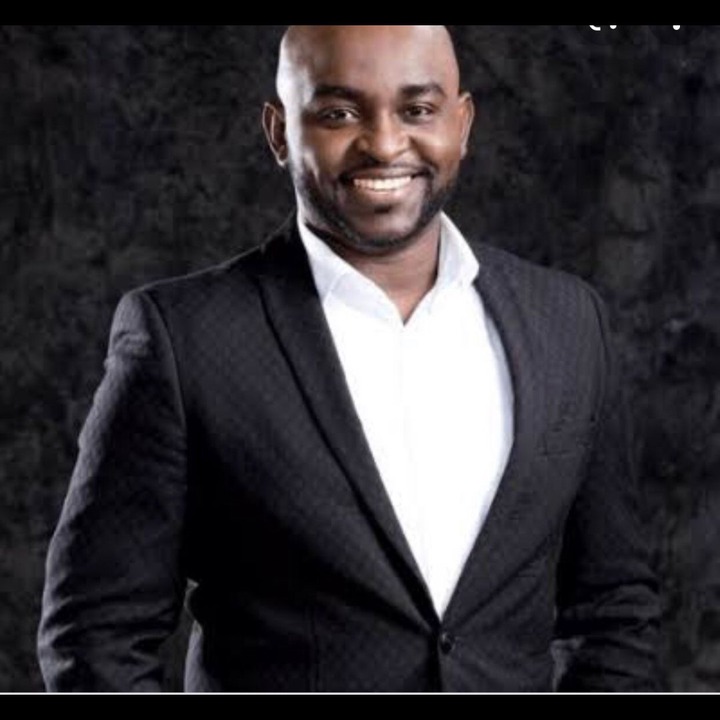 Radio personality Pearl Modiadie spoke out about an unhappy working environment when she was on Metro FM due to the sexual harassment she allegedly experienced from one of her bosses . The manager who is responsible for this allegations is Tony Soglo who hails from Ghana. 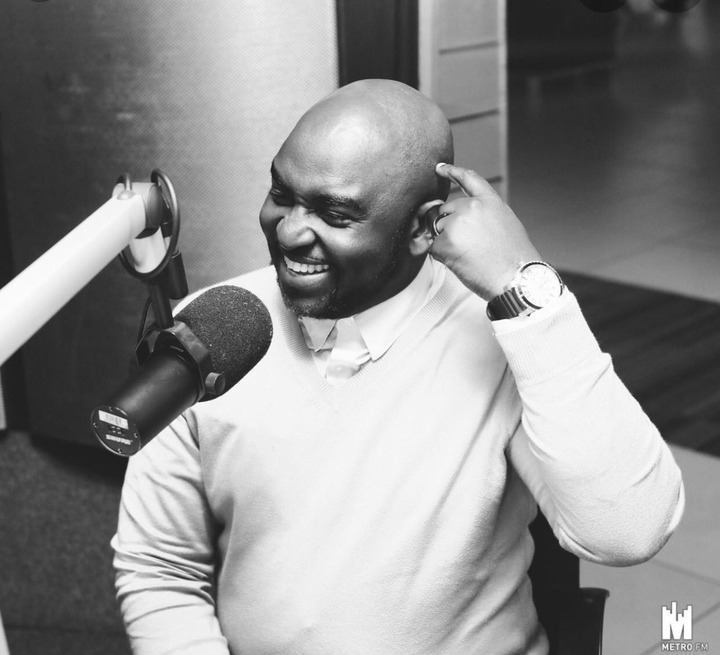 Recently it was reported that Pearl Modiadie, who was at Metro station for five years until early this year when her contract was not renewed, had complained about the station manager Tony Soglo that he was sexually assaulting her. 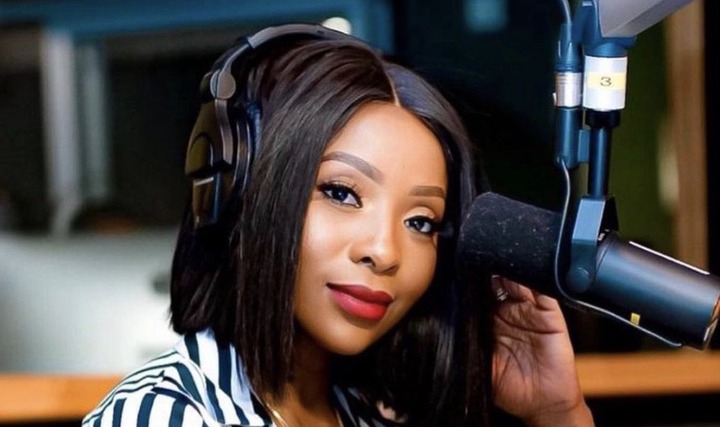 Pearl has tried to keep matters under wraps until the media published the story which was not reported to the SABC offices. Pearl took to social media to address the case. She wrote "I kept quiet for too long until media picked it up and never have I been grateful for that because it finally gave me the courage to speak out about the sexual harassment I was was subjected to at Metro FM." 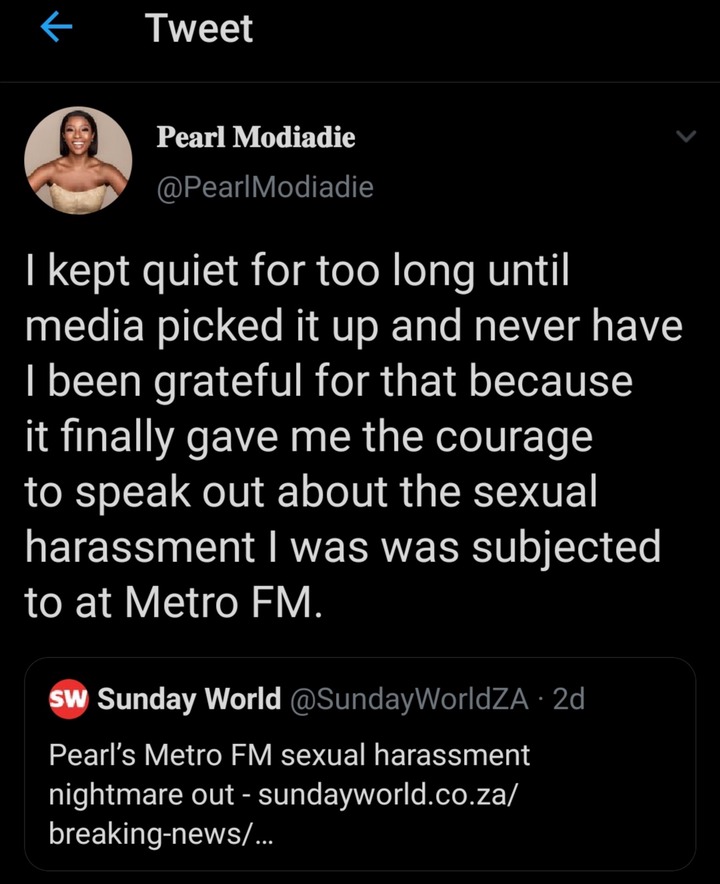 Modiadie used to co-host a midday show with Thomas Msengana discovered that her contract was not renewed. The source Sunday World also revealed that there are emails citing evidence of the harassment. The emails proved she made him aware she was not happy with his inappropriate comments ans sexual innuendos about her body. 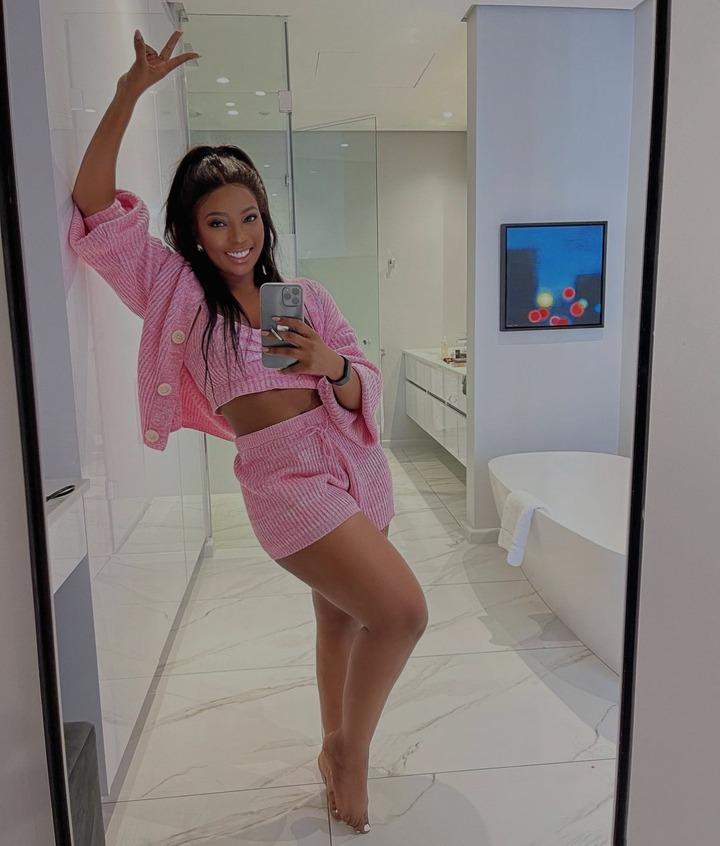 Metro FM is also known for playing audio snippets of Gender Based Violence awareness, it is ironic how things have unfolded in the Metro FM offices. The very same thing they are against, is allegedly happening to one of their staff members. 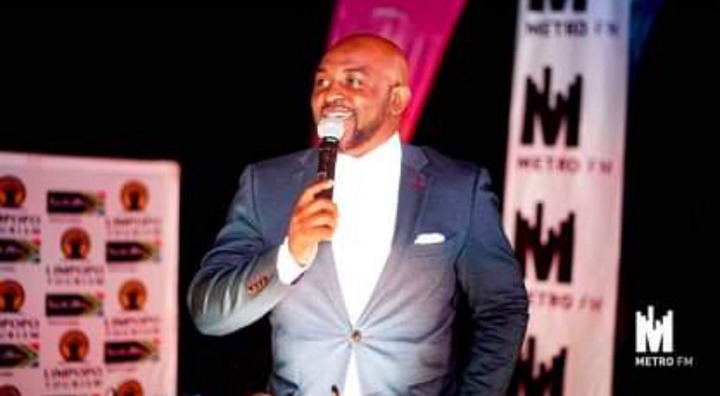 Content created and supplied by: CelebsExposed (via Opera News )

Another death case hit ECG as they loose another daughter of Major1, RIP woman of God